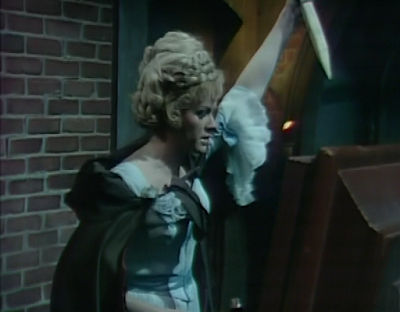 Laura comes downstairs and opens Barnabas' coffin. She wonders if years ago, when he was a small boy, he envisioned his destruction like this. She holds the stake over the coffin and raises the mallet. Angelique grabs the hammer out of her hand and closes the coffin. Laura asks who she is. She says her name is Angelique, and perhaps she has heard of her. Laura calls for Dirk, and Angelique explains he's gone. Angelique says that perhaps they can become good friends. She says she remembers seeing a picture of her in Jeremiah's room, and she's still very lovely, even if time may be taking its toll. Laura says that she has plenty of time to do what she's come for. Angelique asks if that's to collect her children. Laura says it doesn't concern her, and Angelique says Barnabas concerns her. 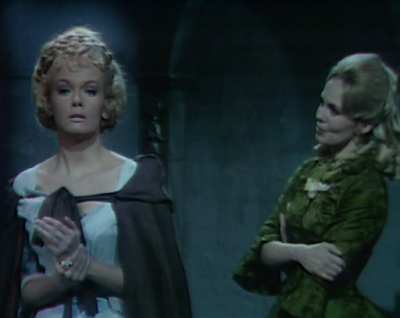 Laura says if she makes Barnabas leave her alone, she'll leave him alone. Angelique explains that she'll always be there to protect Barnabas, and unless Laura thinks she can destroy her, too, she's foolish. Laura says that while she may not be able to destroy her, Barnabas can hurt her. Angelique says she will always remain devoted to Barnabas. Laura reminds her that given a choice, Barnabas would never choose her. Angelique counters the same is true of Dirk and Laura. Laura replies that she doesn't care about Dirk, only about her children. Laura says Angelique is succeeding as whatever she is, but failing as a woman, and threatens to destroy her. Angelique starts upstairs, saying Laura will never leave the house. She is blocked by a wall of fire. Laura walks past her as the wall of fire recedes. 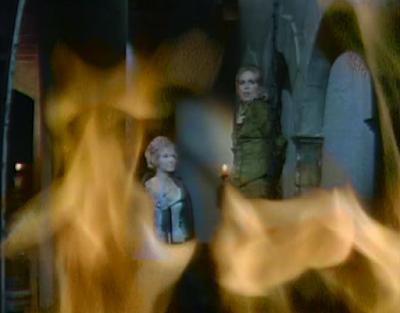 Laura comes upstairs leaves, as Magda asks what she was doing. Angelique comes upstairs and tells Magda that she found Laura at Barnabas' coffin with a stake. Angelique says Laura will not get far if Magda does as she asks. She tells Magda to fetch Quentin, and she refuses. Angelique reminds her that while Barnabas is in danger, she will do exactly as she's told, or join her sister in the graveyard. 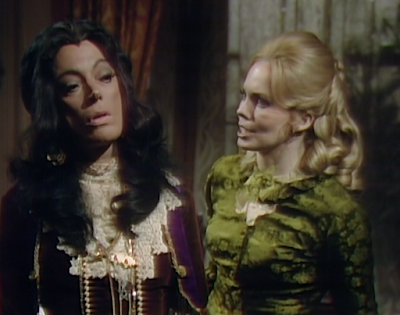 Quentin drinks a bottle empty, and then attempts to smash it on the drawing room floor. There's a knock at the door, and Magda enters. He laughs, and tells her she can go now, as he understands everything. He tells her there's nothing left for her to do. 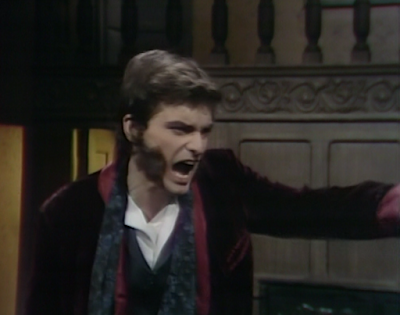 Magda says she has business with him. He tells her that he won't lie down and die. She points out that he appears to have trouble standing up. He lunges at her and falls at the base of the stairs. Magda wonders how Jenny could have loved him. Quentin thinks of Jenny longingly. 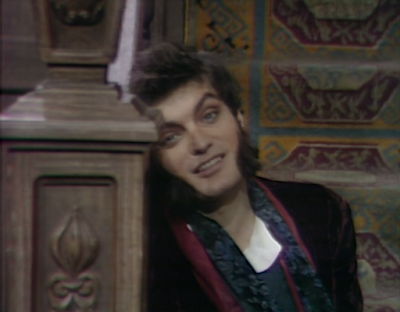 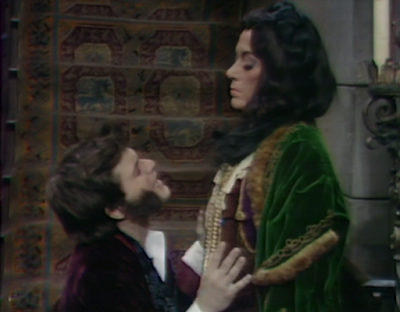 Angelique tells Quentin that Barnabas has gone away for the day, but he told her everything about Laura. She explains she caught Laura in the house, trying to steal Barnabas' life. Quentin barely hears her. She asks him if Laura practices the black arts. She says she has placed a curse on the house to harm Barnabas. She says that he and Barnabas both tried to destroy Laura. He tells her to leave him alone. He says he's not in any shape to help anyone, let alone himself. Angelique says she may be able to help him. She threatens him, saying things will be far worse for him if he doesn't help her. Angelique asks about Laura's urn. He explains that he stole it and she almost died. He says she was given a scarab with a life force lasting 20 generations. Angelique asks where the scarab is, and he says she keeps it close. 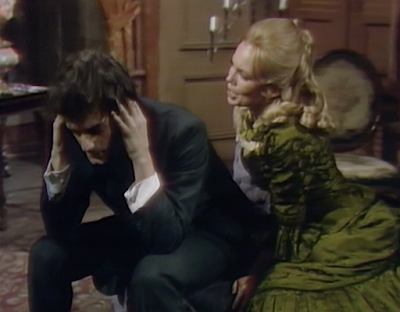 Angelique calls to Magda. She comes in, and Angelique tells her she wants her to steal the scarab from Laura. Magda asks why she should help, and Angelique says that if she doesn't, she'll be left to tell Barnabas that she left the house unattended, and might kill her. Quentin says she can't be killed, as she's the one who controls the curse on him. Angelique says her only concern is Barnabas, and the two must help her. 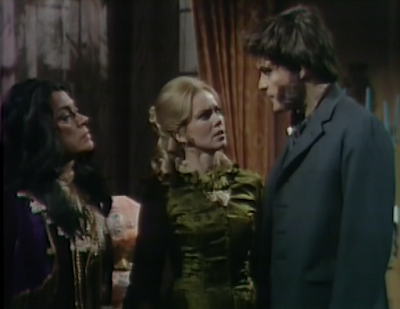 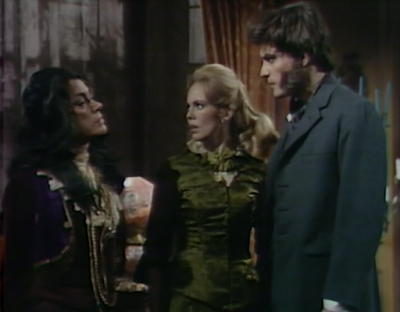 Magda comes to the cottage to see Laura. She says she knows Laura knows Barnabas' secret. Laura says that soon everyone will. Magda says she doesn't care if he dies, but she wants to be sure that Sandor isn't killed alongside him. She begs Laura not to let Sandor be killed. 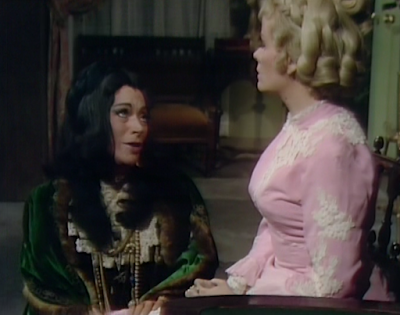 She says a silver bullet through the heart will also kill him. Laura asks if that's true. Magda says she will get the bullets as long as she uses them and Sandor can be free. Laura realizes that if she kills him, she can leave, too. Magda says Angelique will never know. She points out that silver isn't cheap, and Laura goes to get money. Magda searches the room for the scarab and finds it behind a cushion on the couch. She pockets it as Laura returns with the money. 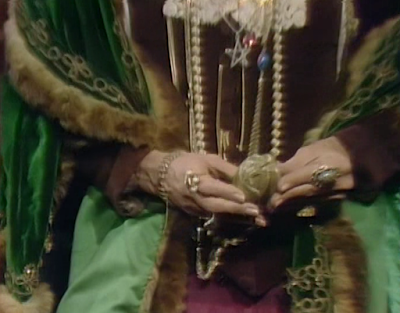 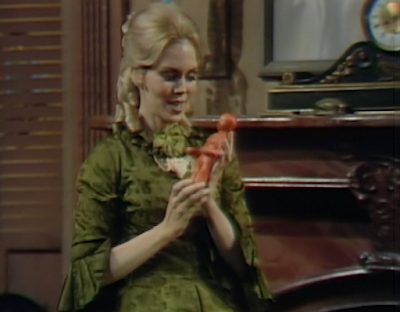 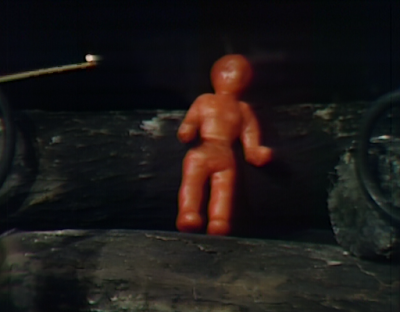 Laura sits by the fire. She suddenly gets up, concerned, and begins searching for the scarab. 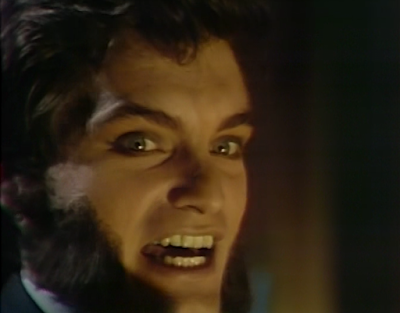 Laura prays for protection from the great god Ra. 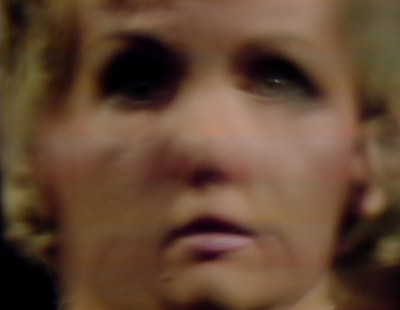 John: So Laura and Angelique finally meet over the vulnerable corpse of Barnabas Collins! While Angelique appears to have the upper hand, Laura soon turns the tables. The way things played out, it sure seems like she could have gone back and dispatched Barnabas if she really wanted to. 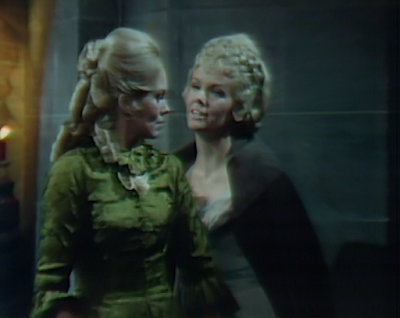 Christine: Finally! The Witch vs. Phoenix showdown we've been waiting for! I think Angelique will prevail in any head to head competition, though Laura may be able to get in a few licks before she goes down.

John: I love Laura's line, "The Collins house has always held unhappy women." Thinking back on its residents, I guess that's true. Even the perpetually happy Vicki was ultimately unhappy...

Christine: I don't think the guys are any happier than the gals in that house. I'm not sure that anybody in Collinsport is truly happy, now that I think about it.

John: Really? Behind a sofa cushion? If that's where you keep your secret life-force hidden, you probably don't deserve it in the first place! 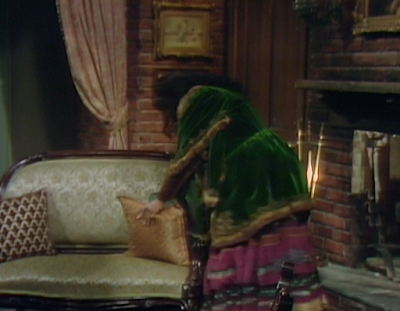 Christine: You'd think she'd be a lot more cautious after Quentin found her hidden urn and nearly snuffed her out for good. I wonder if Magda is working both ends and hoping to take out both Barnabas and Laura. How exciting to see a new effect on Dark Shadows that made Laura appear to be melting...or something. 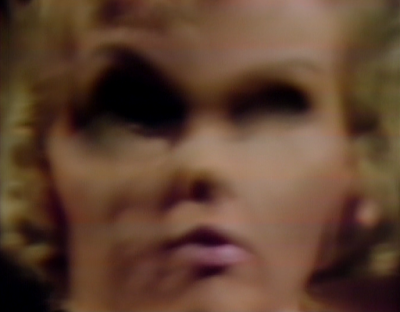 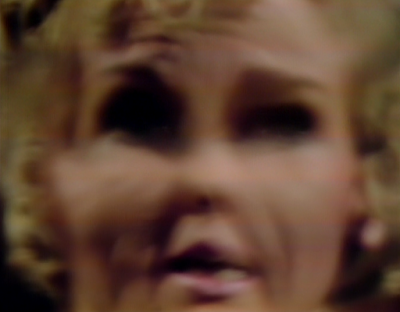