Laura Stockbridge Collins appears before Barnabas. Quentin arrives and is shocked to see her. Laura screams and disappears. Quentin asks what's going on. He asks why Barnabas took his book. He points out that Barnabas continues to be deceptive, and is curious why so many young women appear to be attracted to him. Barnabas says he will not answer his questions. He threatens to tell Edward and Judith that he practices the black arts. Barnabas says they're likely to believe him more than Quentin. Quentin asks for his book back, and Barnabas suggests that they may be able to help one another. 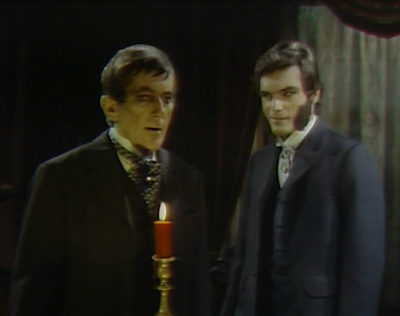 Barnabas asks why Quentin lied to him about being in Alexandria, and what happened there that made him enemies with Laura. Quentin explains that Laura died by fire in Alexandria. He says he has confirmed it. Barnabas tells him that he doesn't understand it, but he also believes it. Quentin asks what he was doing. Barnabas points out that the Laura Collins Quentin saw in the room earlier was Laura Stockbridge Collins. He says that when Quentin arrived, she had just told him she came for the children. Quentin says that the contemporary Laura had just said the same thing. Barnabas is convinced they are one and the same, and says they must go to Collinwood to see if Laura had an extreme shock that evening. 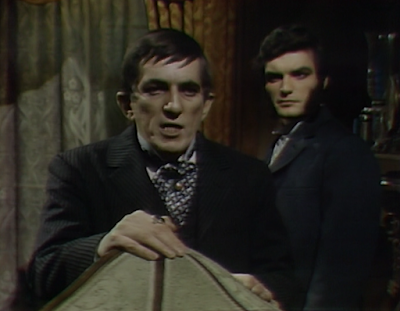 In the cottage, Dirk hears Laura calling to him. Laura appears and passes out. When she awakens, she asks what happened. She says she was summoned by someone. She says someone was trying to destroy her. Dirk assumes it was Quentin. She says it was in the old house. Dirk blames the gypsies. She says it was Barnabas. Dirk assumes he was working with Quentin. He points out that Quentin is lucky, having survived being stabbed by Jenny. Laura is shocked to hear Jenny is still at Collinwood. He realizes that he shouldn't have said that. She demands to know more, and Dirk says she's insane, locked in the basement. Dirk says they should be worried about Quentin. Laura says they're going to let Jenny dispose of Quentin. He tells her that Jenny already thinks she killed him. Dirk refuses to take her to Jenny. 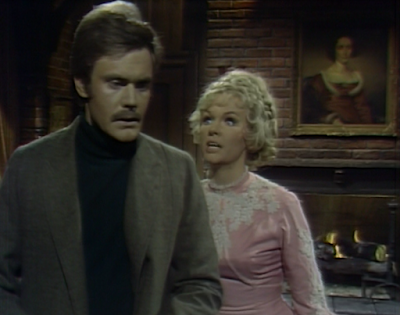 There's a knock at the door. She tells Dirk to sit down and be calm, and then opens the door for Quentin and Barnabas. She offers to fix them a drink. They both decline. Quentin says she seems chipper, and she says she's been that way all day. Barnabas says he brought Quentin to see the portrait. They ask to see it, and she says she sent it out to be re-framed. They bid her goodnight. She tells Dirk they're going to the old house, and that Jenny will be interested to know that. 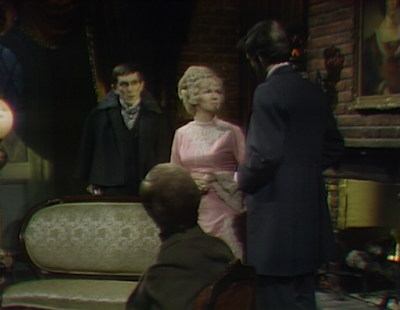 Jenny sings to her doll babies. Dirk comes in and asks her what she's doing. She explains that she's getting the babies ready for Quentin's funeral. 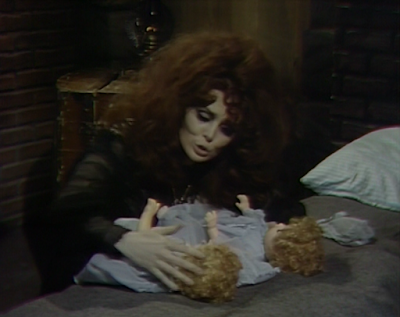 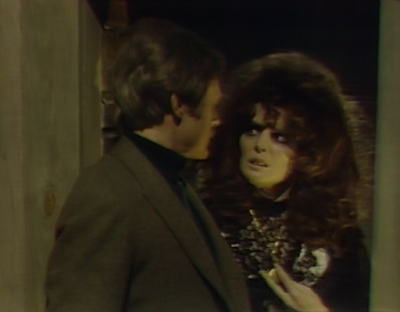 Quentin tells Barnabas that Laura could be telling the truth. Barnabas asks if he is well versed in exorcising ghosts, and says they should do something about Laura before she does something about them. 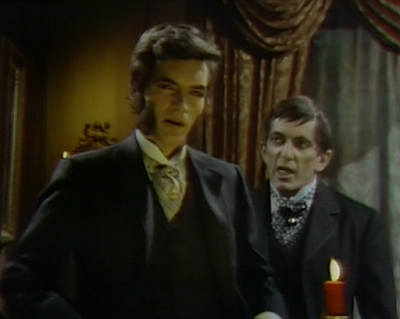 Dirk brings Jenny food, and she asks if it's time to go to Quentin's funeral. He assures her that she won't be left behind.

Laura sits by the fire and speaks to Jenny. 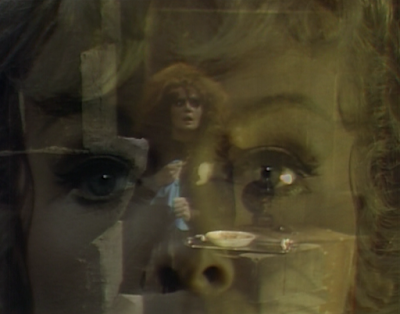 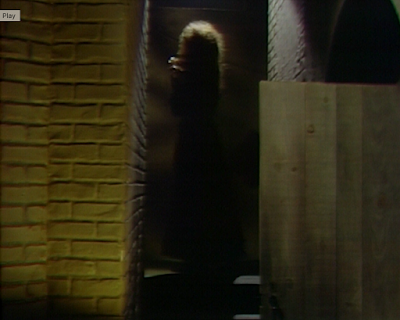 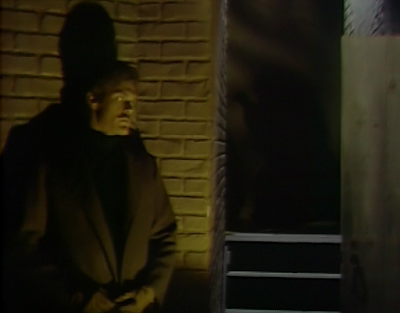 John: Dirk is a pretty useless guy to have around, unless you're an evil woman in need of a spineless puppet to do your bidding. So, he really found his calling at Collinwood!

Christine: He apparently has the pleasure of giving her the 'eternal flame' from time to time, so being a spineless puppet is not without its fringe benefits.

John: Have we seen the beginning of a beautiful friendship between Collins' cousins Barnabas and Quentin? Or will they be back at each other's throats once Laura has been dispatched to the fire... again? I am a little disappointed that they didn't press her on why she felt the need to re-frame the portrait of Laura Stockbridge.

Christine: I hope they'll be doing some occult work together, though Barnabas will need to carefully guard his secret if he decides to do magic with Quentin.

John: So Jenny is off to try to kill Quentin (again). Poetic justice aside, it's probably more reliable to leave the heavy lifting to an insane woman than to count on Dirk to get the job done...

Christine: Laura was able to kill Dr. Guthrie in a fiery crash, so it's a wonder she'd leave it to Jenny to dispatch Quentin when she could just stare into the fire and declare her intentions, which would be the most reliable method available.
Posted by John Scoleri at 6:00 AM