Bramwell arrives at Collinwood and finds Kendrick in the drawing room. Bramwell says that after hearing his and Melanie's news he expected that he would be more cheerful. Kendrick tells him that there is never anything to be cheerful about in this house. He explains that the lottery was held again, and he's going in the room this time. Bramwell is surprised that they allowed him to participate in the lottery. Kendrick says he was anxious to be picked to go into the room. Bramwell asks him why he's going to do it. He says he's going to end the curse. Bramwell suggests that he not become a part of the Collins' madness. He suggests that he take Melanie away from Collinwood. Kendrick explains that Melanie had another attack, and she's locked in the tower room. He adds that he and Julia saw the ghost of Brutus Collins, who told them she would never be free of madness unless someone else went into the room. Bramwell points out that Melanie seems to have suffered the most of everyone in the house. He asks Kendrick if he thinks he can end the curse. He says he believes it. Bramwell tells him that the only way to end the curse is for the Collins family to destroy itself. 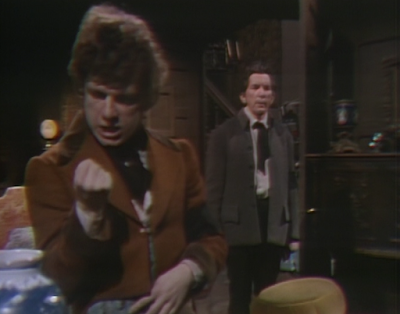 Catherine walks in and is surprised to see Bramwell. Kendrick goes upstairs to see Melanie. Catherine closes the drawing room doors and asks Bramwell what he's doing there. He says he spent the day making Daphne's funeral arrangements, and came to tell them to the family. She tells him to tell her, and she'll pass them on to the family. She says if they are seen together, it will be difficult for her. He says he'll leave on the condition that she agrees to meet him tonight in the gazebo. She says it's not possible. He asks if Morgan is watching her that closely. He tells her he won't leave until she promises to meet him. She does, and when he turns to leave, he runs into Morgan.

Morgan tells Catherine to leave the room. She tries to explain but he cuts her off. She leaves, and Morgan tells Bramwell that he can thank Catherine that he's still alive. Morgan tells Bramwell that he's responsible for Daphne's death. He says he would have shot Bramwell if Catherine hadn't stopped him. Bramwell suggests that Morgan doesn't care about Daphne; he's just concerned that her death makes Bramwell a free man. Morgan denies it. He tells Bramwell he wants him to leave, and threatens to throw him out. Julia stops them, and tells Morgan to leave the room. Bramwell tells him he had better listen to his aunt if he wants to live to fight another day. He begrudgingly leaves. Julia reminds Bramwell that she warned him that there would be trouble if he stayed in Collinwood. Bramwell explains that he came to tell them of Daphne's funeral arrangements. He says he'd like to see Flora. Julia says she doesn't want to be disturbed. 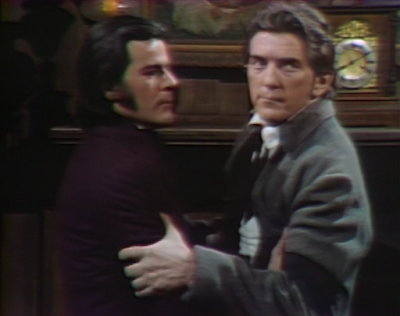 Kendrick goes to the tower room. Melanie asks him what he wants. He realizes that she's still possessed. She threatens to kill him if he comes near her. She tells him to stop calling her Melanie. He tries to get her to listen to him. He asks if she knows what the lottery is, and she says she does. He tells her that it was held again tonight, and he was chosen to go in. He says he will go in and the curse will end, and then she will be cured. She says Brutus will never let it end. She says he'll die, because Brutus shows no mercy to anyone. She says she is his servant to help him get his revenge. She tells Kendrick that she will rejoice when he goes into the room and dies. He leaves the room as she laughs. 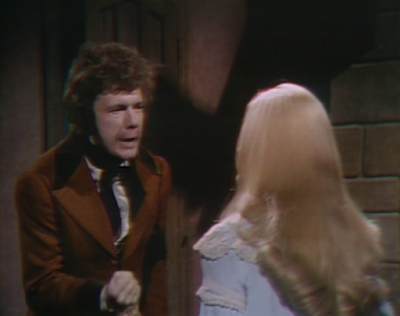 Outside the room, Julia arrives with food. She asks whey he came. He says he thought there might be some hope, but admits that it didn't do any good. She says that Melanie will stay that way. Kendrick tells her that he's not like the rest of them. He says that he's not willing to sit back and accept his fate. He says he will control his destiny. Julia tells him that Catherine used to feel the same way. She says that the curse has always caught up with the people that have tried to run away. She reminds Kendrick that he's just as human as the rest of them, and he's at the same risk when he goes inside the room. 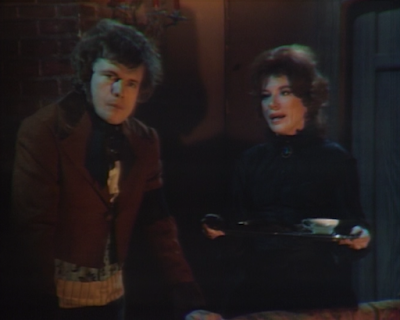 Morgan is drinking when Kendrick comes downstairs. He offers him a drink, and Kendrick declines. He says it's not going into the room that bothers him, but the waiting. He decides to fix himself a drink. 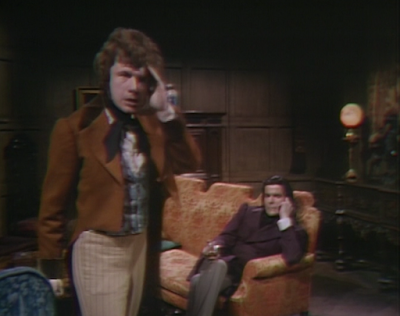 Catherine comes downstairs and is about to head out when Morgan sees her. She says that she's going to the old house to pay her last respect to Daphne on her own. She tells him she won't be long. He asks her if she's feeling alright, and she says she is, and leaves.

Kendrick brings Morgan another drink, and he turns it down.

Bramwell is waiting in the gazebo when Catherine arrives. She tells him she's risking everything being there. She asks what he wants. He reminds her that Daphne wants them together. He says he heard she had another fainting spell this morning. She admits that it's true. He says it's because she's pregnant, and that's what he wants to talk to her about. She says she doesn't know what to do. He says it's their child, and they have to decide about its future — not realizing that Morgan is watching them from the shadows. 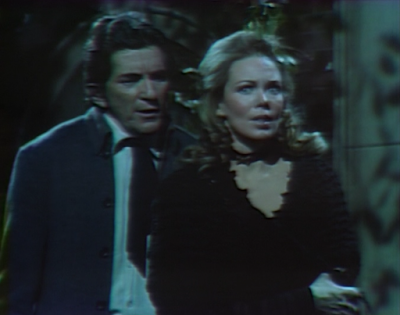 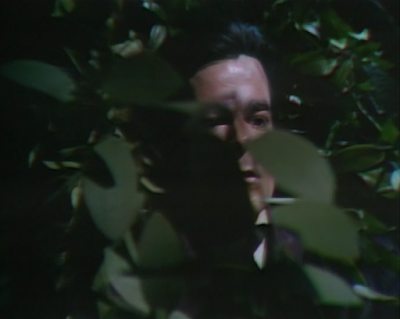 John: With each episode in this home stretch, it seems less likely that both Morgan and Bramwell will be alive by the last episode on Friday. And all things being equal, I don't know that Morgan will be able to survive another duel with Bramwell — of wits or pistols.
Christine: The question is whether or not Morgan will kill Catherine as well. I don't expect he'll want to keep her around to raise Bramwell's kid.
John: Something tells me that the entire Collins clan is not destined for a dreadful fate... though the only opportunity for happiness would seem to be Kendrick surviving the night in the locked room and Melanie reverting back to her normal self, so they could live happily ever after. I can't see a positive outcome for Catherine with either Bramwell or Morgan...
Christine: I can't understand what makes any of them think that holding the lottery and sending another lamb to slaughter in the locked room is going to appease Brutus in any way. I also fail to understand what Brutus is getting out of his relatives spending the night in the room. Does he just enjoy tormenting them while they are in there? Perhaps Kendrick will be the one to reveal the secret of what happens to the inhabitant locked inside.
John: Glad to see that the writers didn't forget Catherine's pregnancy. I'll be surprised if Morgan doesn't come charging out of the bushes at Bramwell at the beginning of tomorrow's episode. He has not proven to be one to think things through before acting impulsively.
Christine: I don't think he will do that unless he came equipped with a pistol. I expect he will want to punish them both, one way or another. 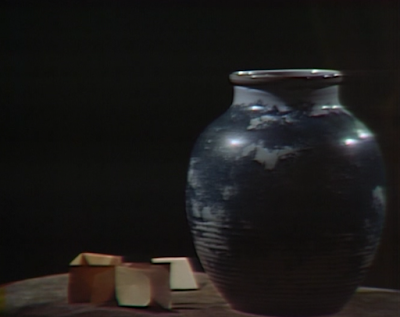