Morgan looks around the room. Catherine asks him why he's acting like he's never seen the room before. He tells her to stop calling him Morgan, saying that it's not his name. She doesn't understand what he means. He asks to be left alone. She asks if something happened to him in the room, and he says he assumes the Morgan she keeps referring to is a Collins. He tells her that a man in his position can hardly be selective. He tells her to stop calling him Morgan again. She runs to the door and calls for Julia. He asks if Julia is the mistress of the current family. He realizes that she is confused, and says the less she knows, the better off she'll be. Julia comes to the room, and Catherine tells him he says his name isn't Morgan. Melanie comes in and says that the madness has overtaken him. He tells her that there is madness in the house, and it's not him. Julia tells him to leave Melanie alone. He says that's a pretty name, and that it's too bad it belongs to a Collins. He tells them he'd like to be left alone to do what he must do. Julia asks what that is, and he tells her that it's none of her business. She asks who he is, and he tells her that he doesn't have to tell her. She asks if he's aware he spent the night alone in the West Wing. He says he does. She asks him if he knows about the curse, and its connection to that room. He says he does not. Catherine tells him he needs sleep in order to be himself. Julia asks him to take Morgan to the master bedroom. He claims he doesn't have to be taken anywhere. When Julia asks if he knows his way around the house, he tells Catherine to lead the way. 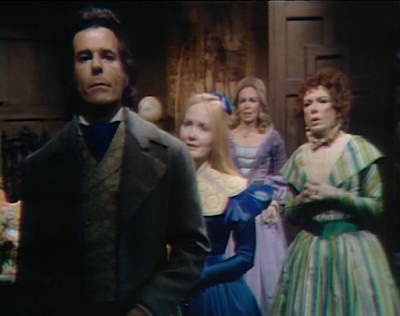 Catherine takes Morgan to his room. He says it's very much in the Collins' tradition. She asks if he recognizes anything about her. He says she's also very much in the Collins' tradition. He says he won't sleep long, as he has important private matters to attend to. She asks him to tell her who he thinks he is, and he replies that he knows who he is, and he will tell her nothing. She assures him that he can trust her, because she's his wife. He tells her that he has no wife. 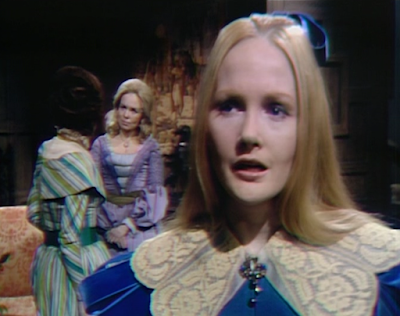 Melanie asks Julia to tell her everything she knows about her real parents. Julia says she doesn't know anything, and asks why she's asking. She asks if it's because of Kendrick, and tells her not to trust him. Melanie asks her why she gets defensive whenever she asks about it. Julia asks her if she'll be satisfied if she tells her everything she knows. Melanie says yes. Julia explains that Justin was on the board of directors at the orphanage where Melanie was. She says he knew her parents, who were both killed in an accident, and he felt responsible. Melanie asks their names, and she says she doesn't know. Melanie thanks her.

Catherine checks in on Morgan, who is still sleeping. She goes to the window. He wakes up and asks her what she's staring at. He tells her the grounds are as beautiful as ever. He asks who lives in the cottage. She says Ben Stokes and his daughter, Carrie. She asks why he's interested in the cottage. He asks who said he was. He asks what they're saying about him downstairs. He says he doesn't like to be spied on, and steps outside the room, locking her inside. 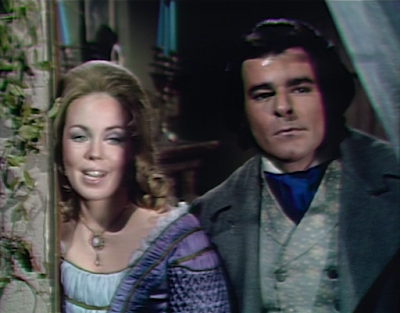 Melanie is snooping around when she finds a letter in a secret drawer relating to her adoption. She reads it, and it sounds like someone in the house was not happy when she was adopted. Julia walks in on her, startling her. She asks her what she's doing. Melanie asks her why she lied to her. She says she found a page written by Justin to her mother right before she was adopted. Julia takes the letter and says she knows who wrote it. She says it was written to Flora who was opposed to her adoption, believing the boys might not accept her. Julia tells her that she should never have come into the room, and tells her she can go now. Julia burns the letter. 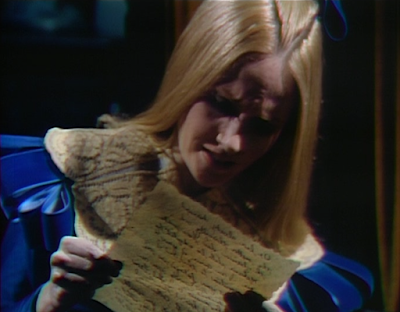 'Morgan' arrives at the cottage and asks Carrie if her father is there. She says she's alone, and notices that he seems different. He tells her that he needs her help. He says he's looking for something that might be in the cellar. He asks her for the key. She asks him what happened to him. He demands that she give him the key. She refuses, and he says he'll use force. She starts to go to Collinwood and he grabs her. She slips into a trance. He gets a fireplace tool to try and break the lock on the cellar door.

Catherine pounds on the door and calls for help. Julia comes in and asks where Morgan is. Catherine says he left, she assumes to go to the cottage. She and Julia go to find him.

'Morgan' comes upstairs from the cellar with a book. Julia and Catherine arrive and ask what he's doing. He tells them he goes where he pleases, when he pleases. Julia asks what he did to Carrie. He says he did nothing; she just went into that strange state. Julia rouses her, and she says she knows who he is — James Forsythe. 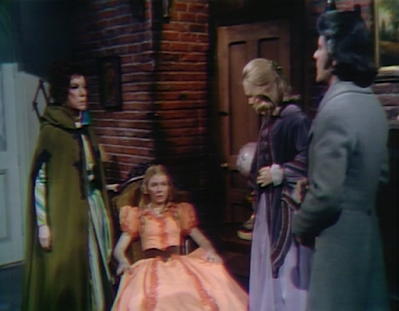 John: Kudos to the actor playing Morgan. James Forsythe is certainly not the whiny loser that Morgan turned out to be.
Christine: I love how he tells them to stop calling him Morgan, but refuses to tell them his name. It's also charming the way he tells them all to leave him alone in their house. 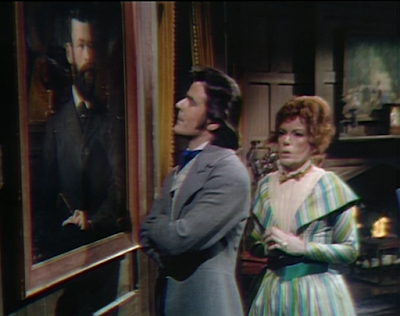 John: Wasn't it just a tad too convenient for Melanie to find a secret drawer containing a letter about her adoption within minutes of deciding that she wanted to find out more about her adoption? Will this go down in unresolved plot-points like Victoria Winters' parentage and connection to the Collins clan?
Christine: Yes, it was too convenient, but time is running out on this show and they can't afford to dilly dally around. It's clear that Julia knows more than she claims, since she went about destroying the evidence.
John: What do you suppose Forsythe was searching for in the cellar of the cottage? And if he found it in some book, why would he bother to stick around? With only a few weeks left, I'm wondering if any of this is building towards a conclusion, or if we're going to be left with more unresolved loose ends...
Christine: Well, he probably wasn't looking for a chained coffin with a vampire. Perhaps he was looking for the script to the last episode to see how it's all going to end. 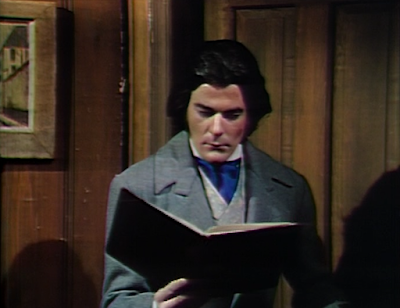