Julia and Catherine arrive at the room. Julia tries to open the door, but the key doesn't work. From inside the room, Morgan tells them that the lock has been changed, and Quentin has the only key. Catherine pounds on the door and tells him that he can't take her place. He says the curse only demands that a Collins spend the night in the room. He says he couldn't come out now if he wanted to. He tells her that the courage she showed him was all the strength he ever needed. He says he has her to thank for not being scared. Catherine runs off. Morgan asks Julia to stay with her tonight. She says she will, and tells him that she'll pray for him. 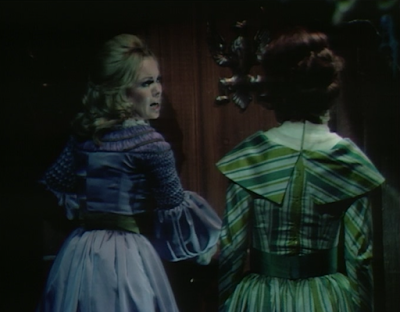 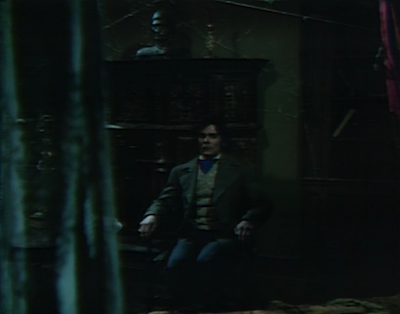 Catherine finds Quentin in the drawing room and begs him for the key. He refuses. He says Morgan is doing exactly what he expected of him, and adds that if organ hadn't, then he would have. He tells her that they came to an agreement that none of the women would stay in the room.

Morgan continues to wander around the dark room. H finds a door with a padlock on it. He shakes it vigorously, but it miraculously holds. 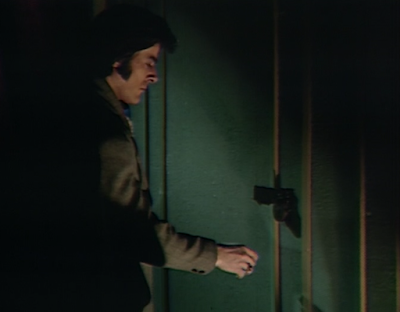 At 9pm, Quentin tells Catherine and Julia that he hopes all is well. Catherine says that Morgan may be dead by now. There's a knock at the door, and Julia gets up to answer it. It's Kendrick. She reluctantly lets him in. He tells them that he knows Gabriel is in Collinwood. Quentin asks if he has considered that someone else might be hiding him. Julia tells him that no one in the family is hiding him. He says they seem to be hiding something. Julia and Quentin reaffirm that Gabriel isn't there. Kendrick asks them what's bothering them if not Gabriel. 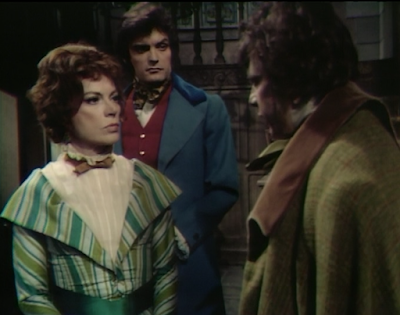 Morgan breaks the padlock with a vase. He grabs a candle and goes into the doorway. He finds a secret passageway.

Quentin tells Kendrick that it's time for him to leave. Melanie sees him from atop the stairs and comes down to see Kendrick. Julia tells him that it's not appropriate on this particular night. Melanie says it will help her take her mind off poor Morgan. She says she'll go back upstairs after a few minutes. Julia allows them to go into the drawing room. After they go in, Quentin asks Julia if she knows what she's doing. Julia says Melanie won't make another blunder. She adds that if she refused to let them speak, Melanie would have made a scene. They suddenly realize that Catherine is missing. Quentin goes upstairs to look for her.

Inside the room, Morgan walks around in the dark.

Kendrick asks Melanie what's wrong with Morgan. She says he fell ill, and the doctor is with him. Kendrick asks her if Gabriel is in the house, or near the house. She says that he isn't. Kendrick says that Gabriel killed his sister, and he must pay. Melanie tells him that he didn't kill her. Kendrick asks who did if not Gabriel. He asks her why she's crying. She says it will take too long to list all of the reasons, and hugs him. She tells him that she'll do whatever he asks. He asks why the Collins' adopted her. She starts to tell him the story... 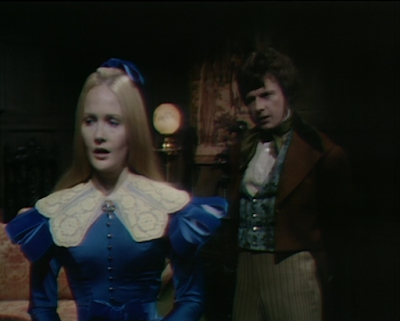 Catherine goes to the locked door. She calls to Morgan, asking if he's alright. Quentin finds her standing outside the door. She says that she had to come. She tells him she called to Morgan, but he didn't answer/ Quentin takes her by the arm and leads her downstairs.

Melanie finishes the story of her adoption, explaining that she never found out who her real parents were. Kendrick bids her goodnight, and they kiss.

Julia sits by the fire. Quentin comes in and tells her that he found Catherine standing outside the door. Julia asks where she is, and he says she's in the drawing room with Melanie. Quentin says that if Morgan comes out in the morning, and is still normal, then it's all over. Julia tells him to stop dwelling on it.

Catherine and Melanie wait in the drawing room.

Julia and Quentin sit and drink.

The family is gathered in the drawing room. Julia says that she will be the one to tell Flora when the time comes.

At 6am, Quentin says that it's time. He tells Catherine to stay with Melanie, and he and Julia go upstairs.

Quentin unlocks the door, and he and Julia go in. Morgan is sitting in a chair, staring into the distance. Quentin asks if he's alright, and he says that he is. He gets up, and they walk him downstairs. Morgan doesn't say another word. 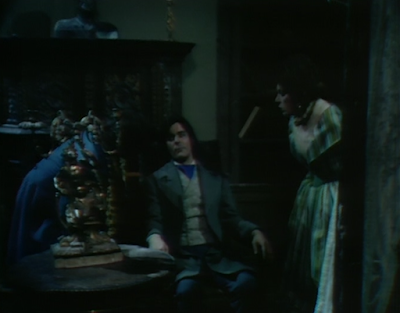 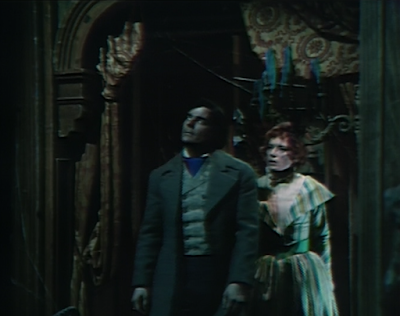 Catherine and Melanie see them bringing him downstairs. Catherine runs to Morgan and hugs him. She says that she wants to be alone with him. She takes him into the drawing room, and closes the door behind her.

Morgan looks around the room. Catherine asks him why he's acting like he's never seen the room before. He tells her to stop calling him Morgan, saying that it's not his name. 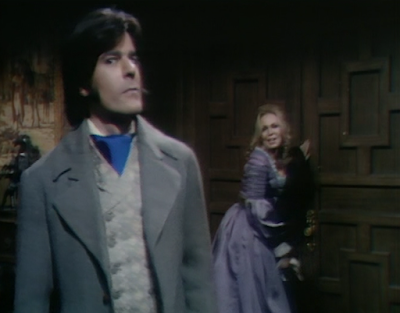 John: Did you notice how all the candles in the locked room don't illuminate it the way a single candle brightens up a whole room elsewhere in the house?
Christine: That's probably because the evil in the room sucks all the light out of the room. I was happy to see that there's a pop up bar in this parallel time, just as there was in 1970 parallel time. 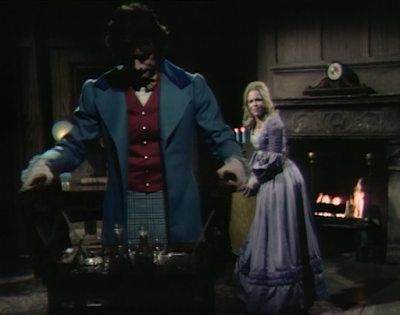 John: So did that doorway just lead to the standard secret passages throughout Collinwood? Or did he end up somewhere else that I should have recognized?
Christine: It looked to me like the usual passages, but perhaps it was a doorway to another time!
John: I wish I could say I was excited to find out who's possessing Morgan. Maybe it's Brutus. Or maybe this is just a manifestation of his insanity. He's not dead, that much is clear. But based on what we know, the circumstances appear to be different than what happened with their father...
Christine: Hard to believe, but he seems to be even more surly than he was before! So, does this mean the curse has ended...or not?
Posted by John Scoleri at 6:00 AM