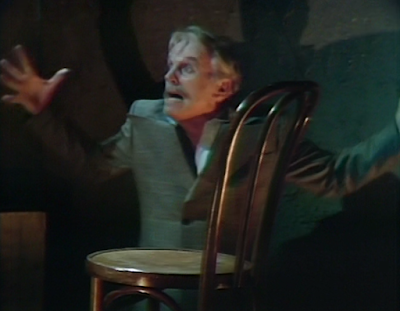 Paul smells something that reminds him of the room upstairs. He hears a breathing outside the door. He thinks it's his imagination, and then realizes it isn't. He thinks the creature is coming for him, and he has nowhere to escape. The noises outside the door grow louder. He picks up a chair to defend himself. 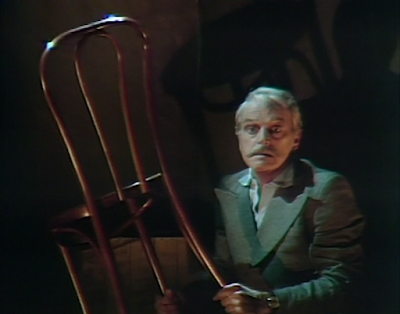 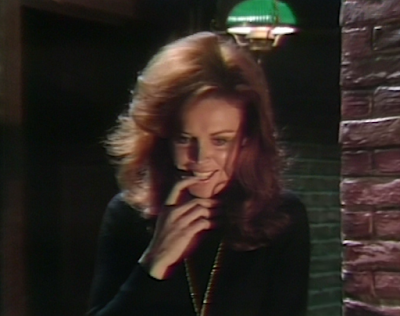 The door falls open. Paul drops the chair as the creature enters the room. He screams. 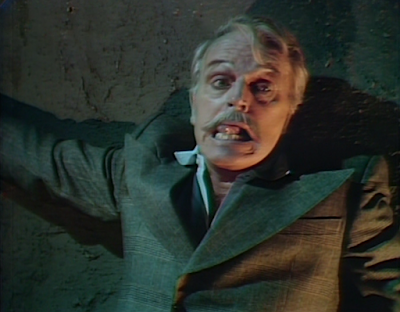 Barnabas comes in and tells it to drop him. He tells Paul not to move. The breathing is labored. Barnabas grabs Paul. He tells the creature that it will follow him from the room, and says when it is human it will never do it again. He tells it to forget Paul. He then leads it out of the room. Paul cowers in fear. Barnabas demands that it obey him. 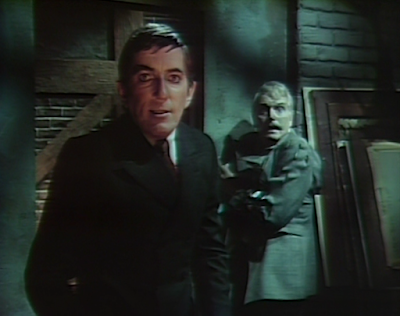 Megan is shocked to see what Barnabas is doing. She hides.

Barnabas leads it to its room, and tells it that it is not to leave. The creature starts to disobey, but Barnabas manages to get it back into the room. He locks the door.

Barnabas calls Megan. She asks what he wants. He asks if she heard nothing. She says she heard something and knew it was out, but she was too frightened to do anything. He tells her that she should never have unbolted that door. He says she is to stay there and do nothing until he has taken care of Paul. 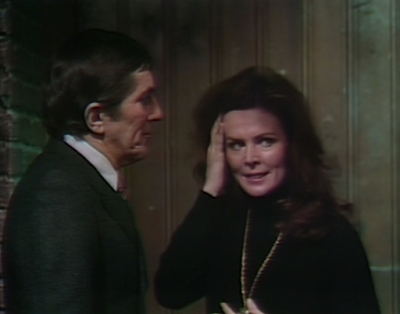 Paul comes out of the antique shop and runs into Julia. He's speechless.

Barnabas returns to the basement to find that Paul is gone.

Stokes says Paul's clothes appear to be rotting away. He also comments on the smell. He adds that his arm hairs are singed. Julia tells him that he's in a state of shock. She says with Amy, it was the same way. She had been in the shop, and the next time she saw her at Chris' cottage she was in shock and couldn't speak. 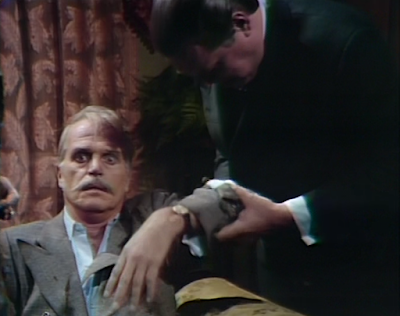 Stokes suggests they call the police and she says they can't. Stokes asks if it's because of Barnabas. Stokes agrees to wait until Paul can speak, and asks Julia what happened with Amy. She says she thought Grant was Quentin, but she didn't have any of the other signs Paul has. Stokes says she may not have gotten as close to whatever Paul experienced. 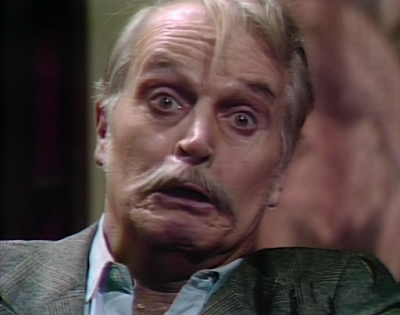 Julia checks Paul's pulse, and says she needs to get her medical bag from Collinwood. Stokes gets a call that the painting will be complete in a few hours. Julia tells Stokes that he can't leave Paul alone. She says she'll tell Carolyn where he is, and Stokes asks if she should. He reminds her that Carolyn works in the antique shop. 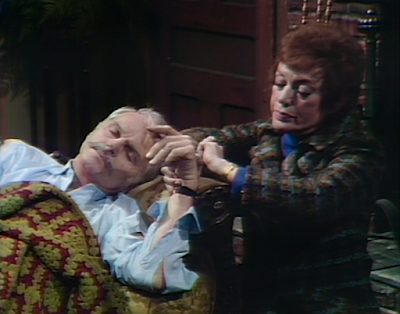 In the antique shop, Megan wonders if they can trust Barnabas.

Olivia is at Collinwood when the phone rings. She answers it. It's Megan calling for Mrs. Stoddard. Olivia apologizes, and says that there's no one there. Megan leaves a message for Elizabeth to call her as soon as she returns. Julia returns, and Olivia tells her that Mr. Best has arrived in Collinsport, and she's sure that he'll come for her in a few hours. Julia tells her to stay in the hotel with Grant and do everything she can to get him to remember her. She says that Mr. Best will be coming for her. Julia says Quentin's portrait won't be ready yet. 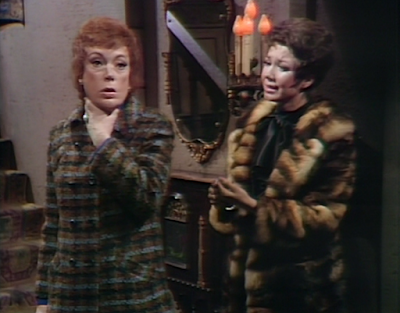 Grant tells Olivia that she's changing. Olivia asks him who she is if not Olivia. Grant says he's the man without answers. She says that he must answer at least one. She tells him not to call her Olivia. He says he'd help her if he could. He asks her why she told him they had met before when she first brought him home. He asks where they met, because he too has a feeling they had met before. He asks her to help him. 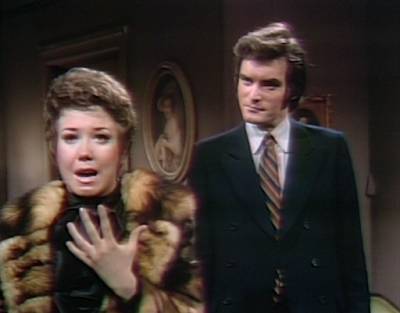 She kisses him. She asks him if he could look at her that night and tell her that he loved her, and mean it. He asks if that's important, and she says it is. He says it would be easy to lie to her. He asks her how a man without a past knows if he's in love or not. The phone rings. Julia tells Amanda that the painting is ready, and tells her to bring Grant to see it immediately. 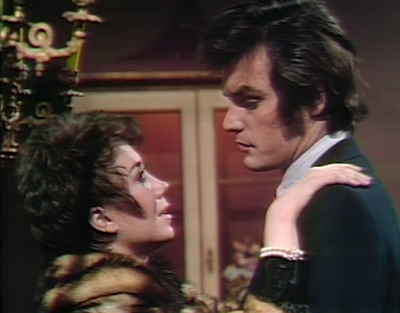 Stokes tries unsuccessfully to get Paul to talk.

Julia, Grant and Amanda meet at Osmond's house. They go into a room where Julia says there's a portrait of Quentin by Charles Delaware Tate. Grant asks her if it looks like him. She says she hasn't seen it. She says the professor has removed a landscape painted over it. He asks what secret they know. Julia asks him to look at the portrait. He agrees. Julia uncovers it, and upon seeing it, Amanda screams. She runs out of the room, leaving Quentin to look at it. 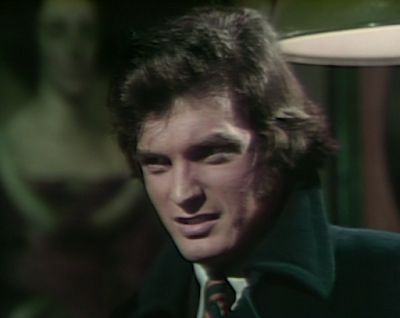 John: No surprise that we once again didn't get a look at (or description of) the evil Leviathan. I did find it funny that the door just fell open, and outward rather than into the room.

Christine: Well, we did find out that the Leviathan kid is a stinky adolescent. The other afghan, last seen covering Michael as he faked his death, has made its way to Stokes' house to comfort Paul Stoddard in his trauma induced stupor. We can only wonder why Maggie's afghan was not employed in this instance. 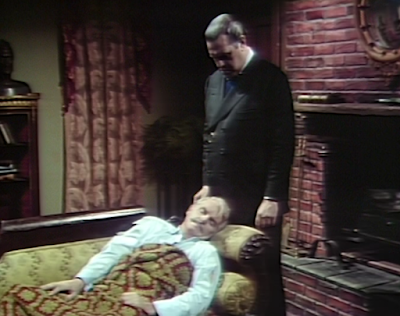 John: I'm curious if the clues left behind on Paul (the stench, the rotting clothes, and the singed arm hair) will amount to anything to be developed in future episodes, of if it was just the writers being poetic. Sadly, the stench, rotting clothes, and singed arm hairs were all lost on the audience. Paul didn't really appear to be that much different physically than when he arrived at the antique shop.

Christine: I don't think those details were lost on the audience. They weren't lost on me. Some of us are still capable of using our imaginations, as was expected in the olden days.

John: So everybody place your bets... my wife thinks the portrait is of the werewolf. I'm sure it's going to be a Dorian Gray-like portrait of a 100 year-old withered corpse of Quentin...

Christine: I'm with you. If it were the werewolf, Grant would look surprised, but since he appears to be disgusted, I'm guessing it's a grotesque version of Quentin. The pertinent question is whether or not it will get him to remember his identity. Portrait watchers will note a first for the Mustache Man, appearing in two different places in one episode. He can be seen behind Stokes at his domicile, and later at Professor Osmund's place. 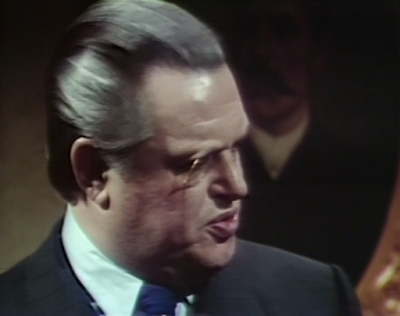 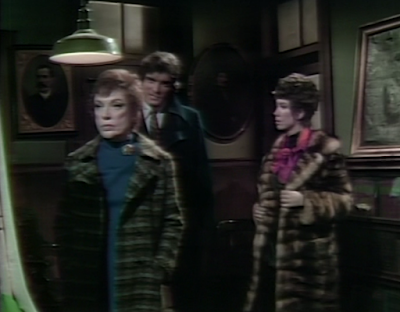