Julia tells Megan that Michael's vitals are weak, and she calls to arrange for an ambulance. Megan tells Michael it's what's best, and he passes out. Julia checks his pulse and finds none. She prepares to give him a shot to try and revive him. She tells Megan and Philip that it didn't work, and that Michael is dead. 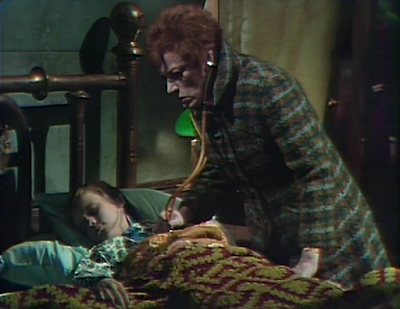 Julia is downstairs with Philip, filling out a death certificate. She says she doesn't understand, but Philip tells her that his heart failed. Julia asks him about Michael's medical history when Megan comes downstairs. She says she can't lie down as there's too much to be done. She says she wants a quick funeral. Julia says that she wants to have her colleagues examine Michael. Megan says Michael was sick when he was small, but his parents willed him to be well. He lost that when his parents died. She talks about a neighbor in Coleyville who took care of him before they did. Megan says that they tried, and then breaks down. Megan says he died because he didn't want to live any more, and runs upstairs. Philip asks Julia to tell Carolyn and the others what happened, and tell them not to come and see them until Megan is ready. 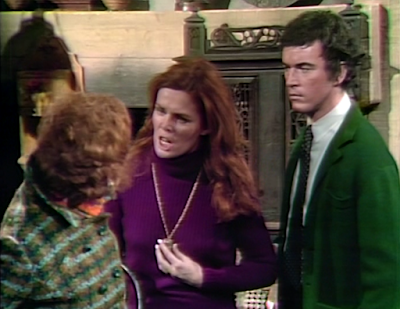 Michael lies dead on display. Megan watches over him with Philip. He tries to take her away, and she says she needs to be alone with him. Philip leaves her. 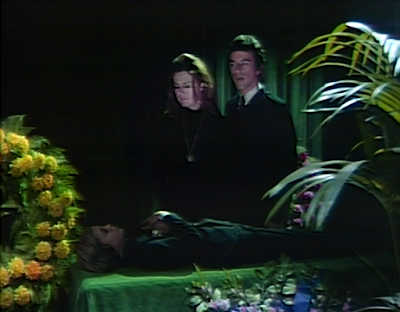 Stokes admires a Tate landscape painting when Julia arrives to see him. She explains she was at a funeral. She's pleased to see the painting has arrived. She asks Stokes if he knows where Coleyville is. He says it's about 20 miles away. 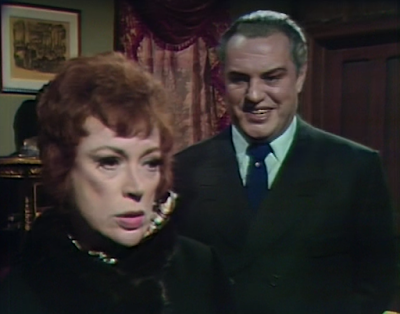 While he goes to get her some English biscuits, Julia leaves. 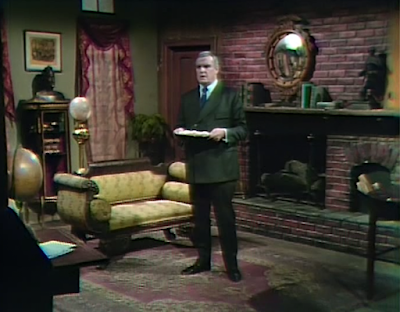 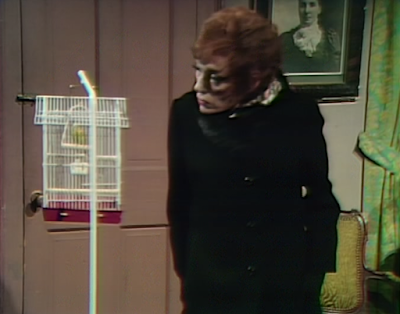 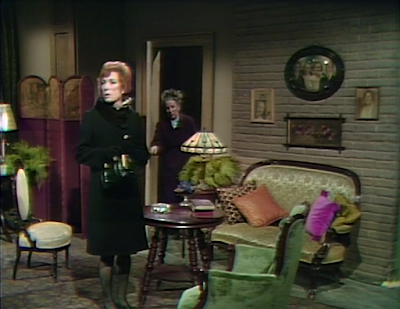 After she leaves, Philip comes out from behind a door. He tells the woman that she was very convincing. He gives her an envelope full of cash. The woman starts to ask why, and Philip says no questions—she's to forget everything. She says she has to know if there was really a little boy who died. He tells her to forget it, and leaves. He doesn't see Julia hiding outside the house. 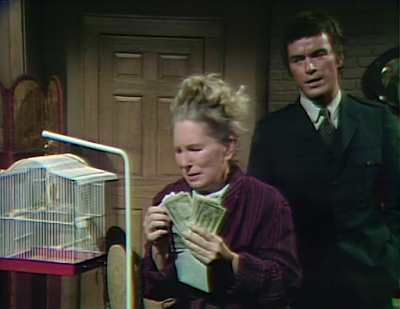 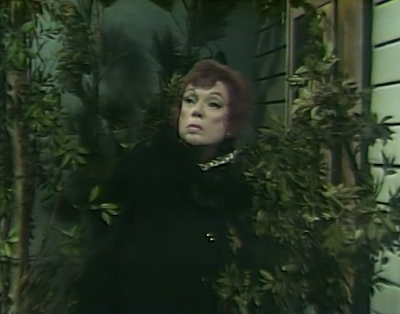 Megan is back to her chipper self in the antique shop when Philip returns. He tells her Julia was there, and left completely convinced.

Stokes demands to know what's going on. Julia apologizes, and says she had somewhere to go. She says she needs his help. Between Barnabas, Paul Stoddard, and the series of blonde, blue-eyed boys with a matching birthmark appear to be related. She says the latest boy died this morning. She says she's disturbed about his death. Every since Barnabas returned, there has been an evil threatening all of them. Stokes says it must be stopped, but asks her how they begin. 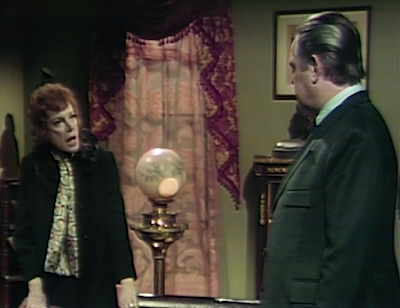 Julia says she knew the woman was lying when she saw Philip leave the house. She tells Stokes that she's positive Barnabas could answer the questions. Stokes suggests that she might be able to get something out of Paul. He says he needs to visit the antique shop that specializes in disposable little boys. Julia says that despite the funeral, they're still open today. 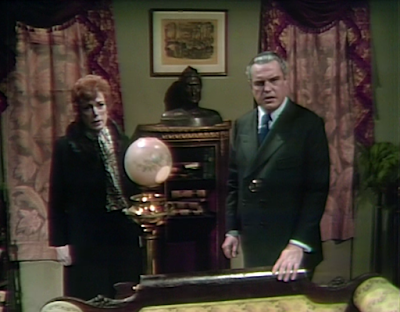 Philip goes to close the shop, and Megan tells him not yet. They argue about Michael when Stokes arrives. He asks about Carolyn, and introduces himself. He says he's glad they have more than patchwork quilts and colonial silver. He admires her locket. She says she has it because it's pretty. Stokes selects a small statue, and when Philip hands him his wrapped package, he sees a Leviathan ring on his finger. 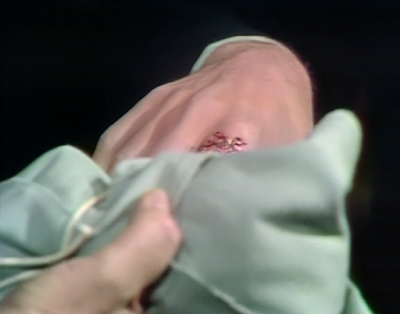 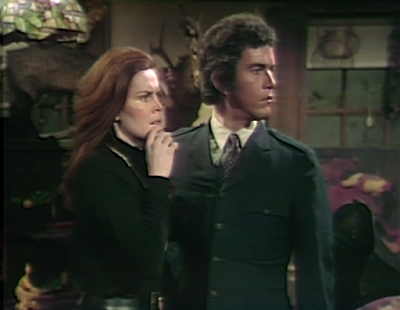 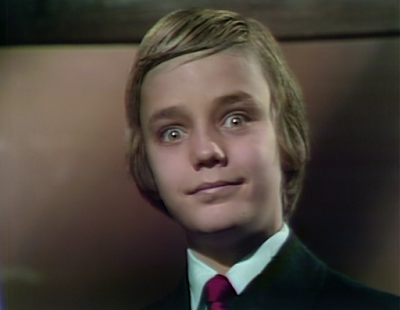 John: What's with the 10 minute lingering shot of Julia brandishing the syringe? And then she seems to declare Michael dead without actually having injected him! Fortunately, she had a stack of death certificates handy. 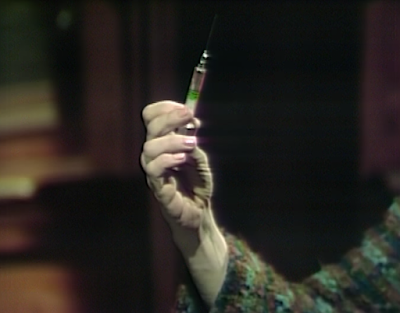 Christine: I think it was so we could reminisce about all the other times she's brandished a syringe, or possibly so we could wonder how it was going to help with cardiac arrest. Julia has apparently not undergone any CPR training. I was surprised at how quickly Philip's forehead bruise faded after the ringing blow Maggie gave him in the previous episode. 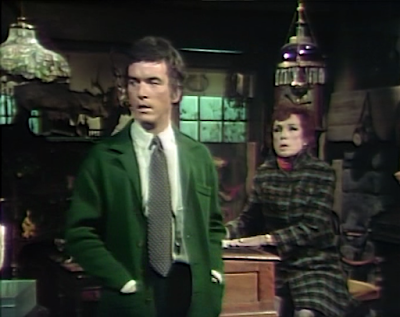 John: In a show with such a large coffin budget, are you telling me that they couldn't afford one for Michael?

Christine: Why bother when he was just going to get back out of it anyway.

John: I'm sorry, it was just a bit too creepy when Stokes mentioned going to the shop specializing in disposable little boys, particularly with the weird look on his face...

Christine: That's not fair. Stokes always has a weird look on his face.