Charity arrives at The Blue Whale with tears in her eyes. Tim points out that she's up early, and he says she hasn't been to bed. She demands a drink, and Tim tells her the bar isn't open yet. She helps herself to a bottle. Tim takes it from her, and asks her what's wrong. She tells him that Carl can rest now, and then says it was terrible. She says there was so much blood, and describes pounding a stake into the vampire's heart. She tells Tim that she just killed Barnabas Collins. 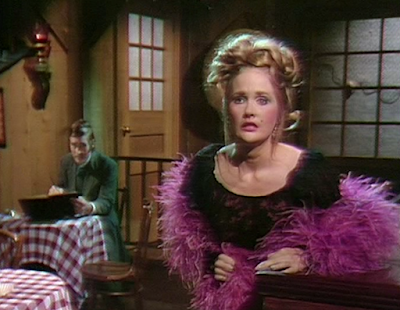 Tim gives Charity a drink. He asks her where she found Barnabas Collins, and asks if she's making it up. She says she followed Quentin, and he couldn't do it. Tim asks if Quentin saw her, and she says he didn't. Tim tells her she can demand a huge reward from Edward. She says she's not going to Collinwood, and Tim tells her that she is. 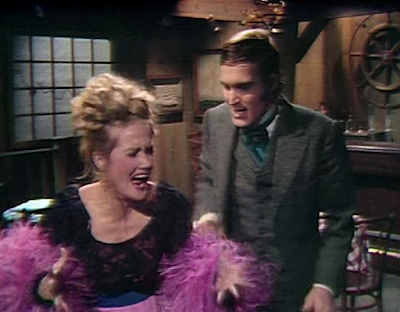 Edward comes to see Kitty Hampshire. He's thrilled to see her. He asks about Gerald, and she explains that he is dead. He asks about the cause of death. Kitty explains that he wasn't feeling well for some time. She then says that she's told everyone else that it was a heart attack, but in fact he committed suicide. She says she will never forget him. She describes what if felt like to arrive at Hampshire house as a governess, and how her return to Collinwood reminded her of that. Edward invites her to stay in Collinwood. She gives Edward Gerald's emerald cufflinks. 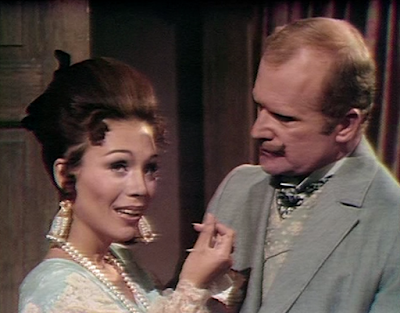 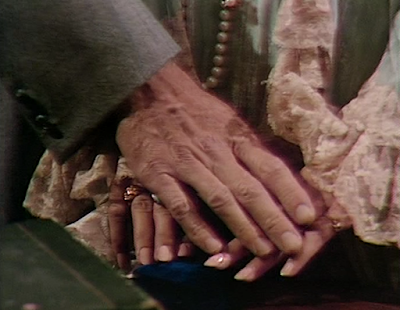 As they arrive at Collinwood, Charity tells Tim that it's none of his business. Edward comes downstairs and asks why they wanted to meet with him. Tim tells Edward that Barnabas is dead.

Charity finishes telling her story, and Edward suggests that she's lying. He says that he assumes Tim is taking advantage of an unfortunate creature. Charity tells him to check for himself, unless he was protecting the vampire, too. Tim says they can settle this by going to the cave. Edward says he will go alone, and Tim says that he will go with him. They leave Charity in the drawing room. She wonders how Quentin will feel about her when he finds out she killed Barnabas. 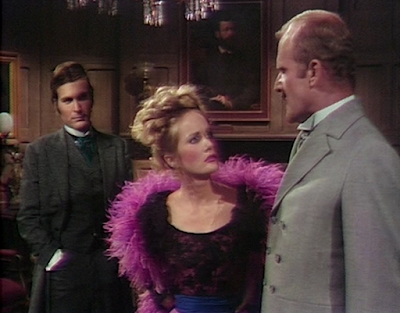 Kitty comes downstairs looking for Edward, and introduces herself to Charity. Charity says that she would have been the mistress of the house if her Carl hadn't died. She says that if the house ever becomes too much for her, she can ask Quentin to bring her to The Blue Whale to hear her sing, or use her powers. She says she knows things about people, including Kitty. Kitty asks what she knows about her. Charity sings Josette's music box theme. 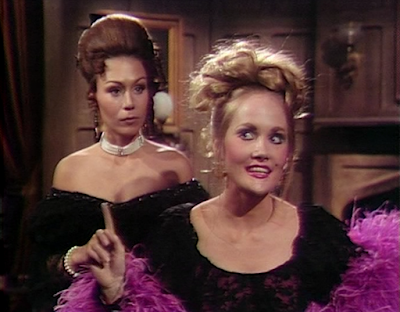 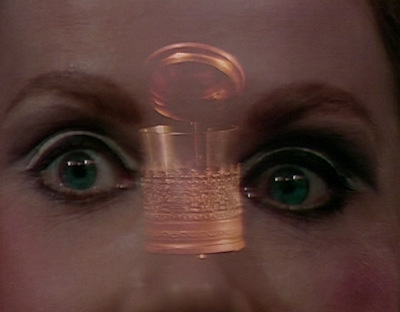 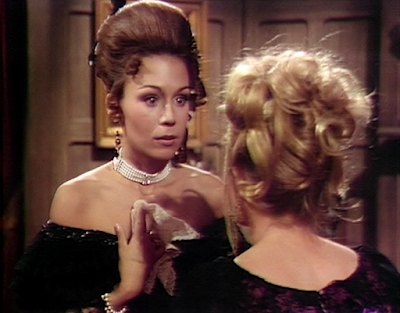 Edward and Tim arrive in the cave and find Barnabas' coffin. Edward laments that Barnabas would die in a dismal cave. He opens the coffin and looks inside. He lowers the lid, and prays that Barnabas may rest in peace. He says the coffin will be chained, and the cave will be sealed. He says Barnabas will remain there forever. 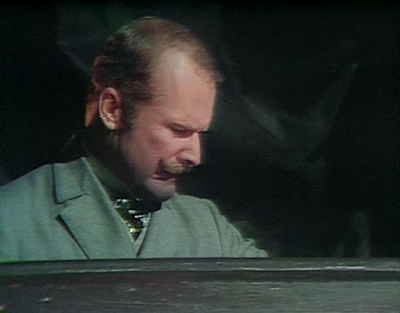 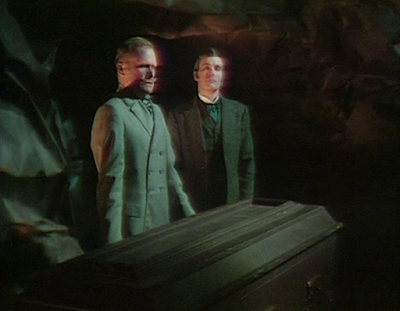 Charity tells Kitty to remember the tune. Kitty says she's heard enough and heads upstairs to get away from her. Edward and Tim return, and he asks her what she's doing. He tells Tim to take Charity into the drawing room. He apologizes to Kitty and suggests that they have dinner alone tonight. He excuses himself and goes into the drawing room. 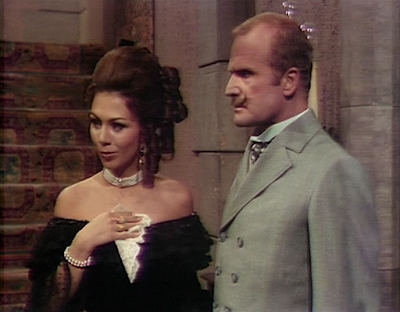 Edward admits that he was wrong, and tells Charity that he assumes she wants a reward. Tim says that it's only appropriate, but Charity cuts him off and says she wants nothing. Edward asks her about Quentin, and she says he knew where Barnabas was all along. He says if he knew, they could have kept it in the family. Tim says he can keep it quiet. Edward asks his price, and Tim says he may ask a favor. Edward says he'll do him a favor now and take Charity off his hands. He tells Charity that she can stay with them, and he will get proper treatment for her. He asks if she remembers who she was when she came to Collinwood. She says she remembers coming with Carl. She says she loves living in town and singing at The Blue Whale. She says that she's Pansy Faye, and tells Tim that they're leaving. Tim tells Edward to drop by and see them at The Blue Whale. Edward says he doubts he'll find the time, but he's sure Tim will come to see him when he wants something. 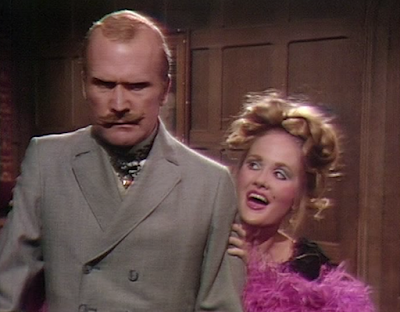 Kitty writes a letter to her mother. She says Edward has done as expected, offering to let her stay. She says the house is almost as grand as Hampshire. She seals the envelope, and then notices a music box on the desk in her room. She opens it and hears the music that Charity was singing earlier. 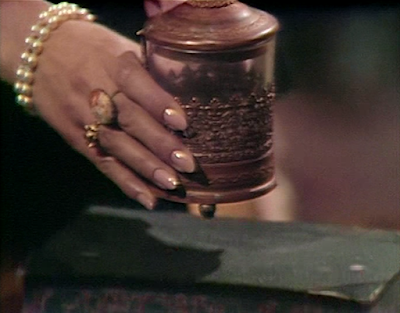 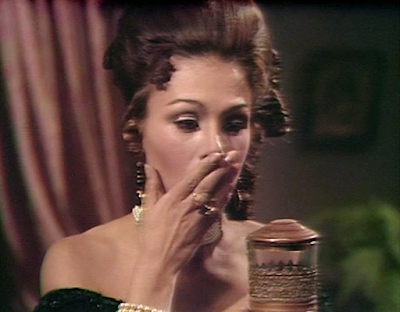 John: I love how Tim manages to insert himself into things he has no involvement in at the slightest chance of profiting off of someone else's situation. Am I crazy, or wasn't he a nice guy, taken advantage of by Trask when we first met him? 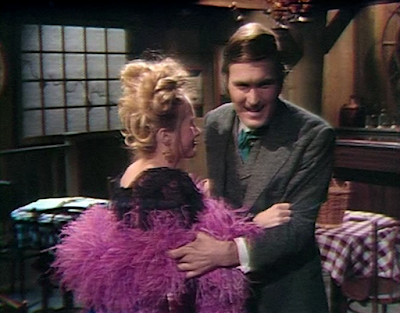 Christine: He became tainted when Evan Hanley planted the suggestion in his mind to kill Minerva Trask, and was corrupted further after using the Hand of Petofi to enrich himself. When we first met him, he was not the opportunistic skirt chaser that he is now. Incidentally, it's amazing to see that the wicker ball has been hanging at the Blue Whale for 70 years. 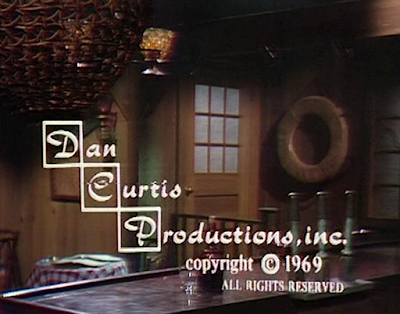 John: As soon as Kitty said she didn't have a music box, I could see the words in the script, "Cue Barnabas with a music box..."

Christine: Since Barnabas is resting in the cave with a chunk of wood in his chest, where did the music box come from, especially since it suddenly appeared? My money is on Angelique, though she was just a reflection in the mirror who had agreed to help Barnabas and Julia with Petofi when we last saw her. I wonder how she'll take the news of Barnabas' demise.

John: So Barnabas is truly dead. Finito. Kaput. And yet thanks to Edward saying they must chain up the coffin and seal the cave, I realize that there must be an assumption that if they remove the stake, it will revive the vampire. If I thought it would take some time, I'd say we should start a countdown to the return of Barnabas-counter. I bet that we'll see him back to his blood-drinking self by Friday...


Down for the Count:
Barnabas was staked in his coffin 1 episode ago. 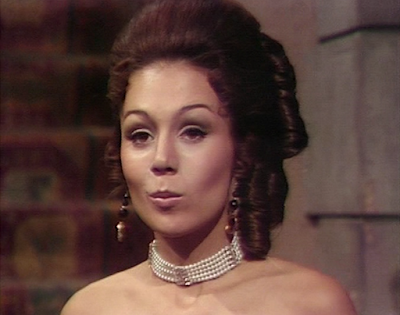 Nathan Forbes started out a good guy too in 1797. Tim is going down the same path. The writers constantly recycle ideas on this show.