Tim goes to visit Count Petofi. When Petofi arrives, he says that he would have called for Tim if he wanted to see him. Tim tells Petofi that Barnabas is dead. He says that's unfortunate, and he'll have to offer his condolences to Dr. Hoffman. Tim is disappointed. He says that Petofi knew Barnabas was dead, and likely had something to do with it. Petofi says Tim was wrong to think he would be indebted to him for providing the information. Tim says that Charity killed Barnabas. 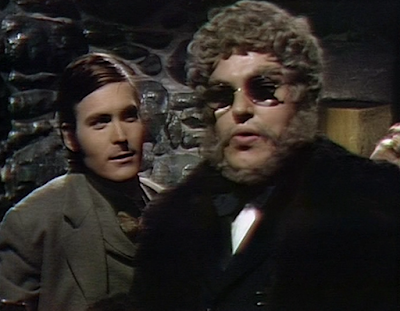 Petofi leaves, and tells Tim he will have something to discuss with him when he returns. Tim asks Beth why she's so upset about Barnabas' death. 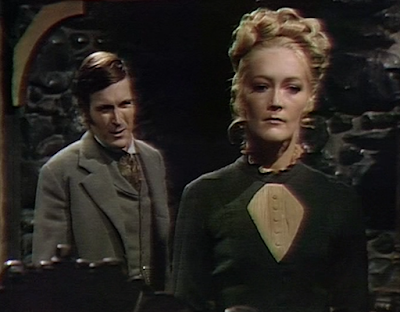 Julia prepares a syringe when Petofi arrives to see her. She asks what he wants. He says she cannot rely on Barnabas to assist her in the future because he is dead. She says it's one of his tricks. He offers to show her proof. She asks if he had him killed. Petofi explains that a jealous Charity drove a stake through his heart. She asks where the body is, and Petofi says that Edward might know, but he suggests she not ask him. He reminds her that she is friendless, and must soon return to the future. He says he'll be by her side when she does. 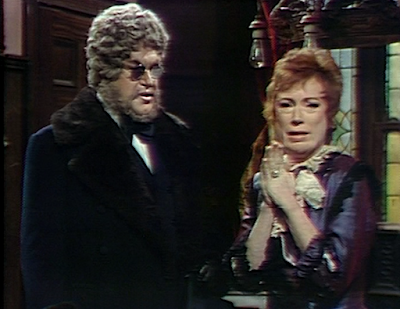 Quentin sits and listens to his theme when Amanda comes in and asks if he ever plays any other music. He tells her the music isn't as beautiful as she is, and kisses her. He professes his love, and she says he doesn't know enough about her. She admits that she loves him, too, and kisses him. 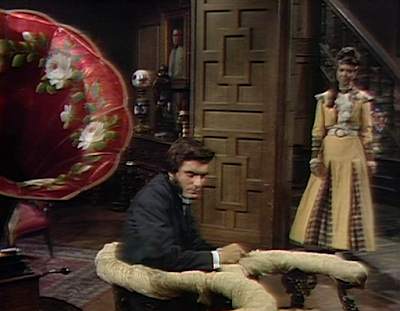 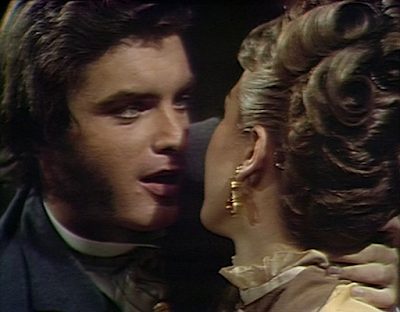 Petofi walks in on them and compliments Quenitn on his taste. He asks if Edward gave Petofi run of the house. Petofi asks Amanda to excuse them, and she leaves them alone. Petofi asks him what he intends to do about his engagement to Angelique. He says he'll break it. Petofi suggests that Angelique will be furious. He then congratulates Quentin on getting Charity to stake Barnabas. He is shocked to learn Barnabas is dead. He says Charity must have followed him. Petofi tells him to admit that he planned it all. Petofi brings up his next assignment, and Quentin says there will not be another. Petofi mentions how Amanda will be at risk if he allows Quentin's curse to return. Petofi tells Quentin to watch Julia, day and night, and report every move she makes to him. He leaves Quentin. 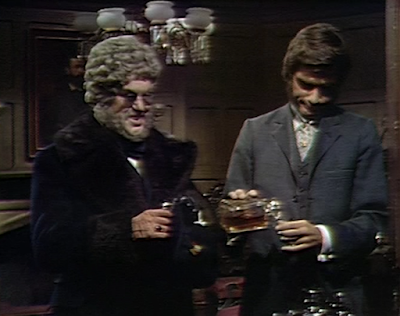 Amanda comes back in and says Petofi is frightening. She asks what he wanted, and Quentin says he wants more than he's willing to give. He tells her they're going to leave Collinwood, get married, and never come back. She says it's not possible. He asks why. She says she can never love anyone, nor can anyone love her. He tells her that he's never met anyone like her, or felt this way. She says it can never work out between them, and while she wishes she could explain it to him, she can't. 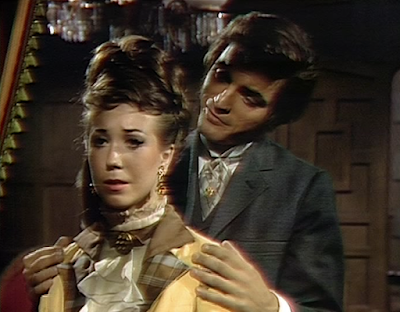 Petofi tells Tim he tried to curry favor with him. Tim asks what he can do. Petofi asks him about the I Ching. Tim is unfamiliar. Petofi asks him to assist him with an experiment. Tim asks for more details, including what's in it for him. Petofi says that if he succeeds, he can name his price. 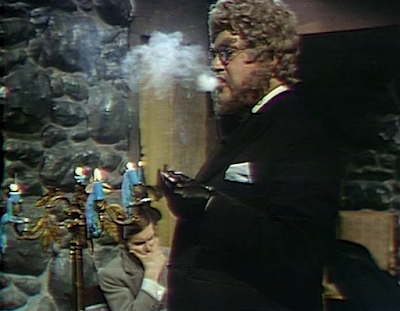 Julia comes to Collinwood to see Quentin. She asks if he heard about Barnabas, and he tells her he has. She tells Quentin that Barnabas told her if anything happened to him, she was to come to Quentin and tell him to leave Collinwood immediately. She says he's not safe from Petofi. Quentin tells her that she should return to the future. She says she must finish what Barnabas started to protect the family's future. She says Petofi needs her, so he won't harm her, but Quentin must get out before he's trapped forever. 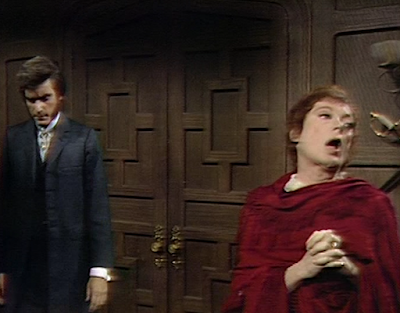 Petofi explains to Tim how he will use the I Ching. He tells Tim to remember everything he sees behind the door. 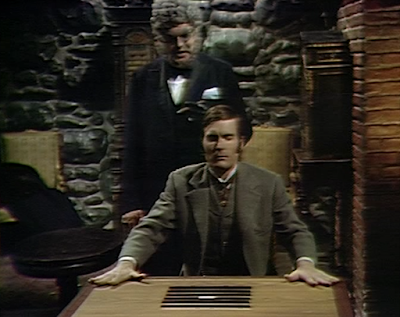 Tim envisions the door. It opens for him and he steps through. He sees a hooded figure approach Amanda and reach out to strangle her. She pulls back his hood revealing a mask. He approaches her and she removes his mask, revealing Quentin. He laughs, and grabs her throat. 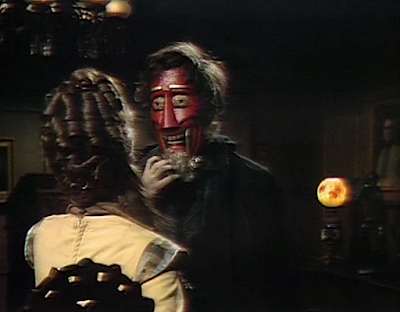 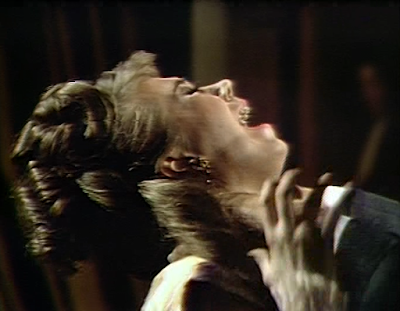 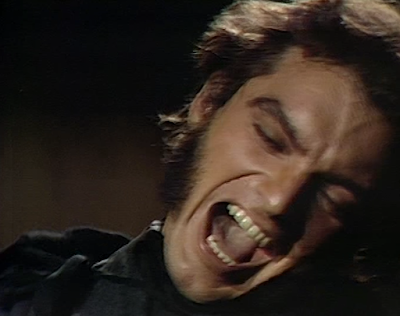 John: I'm beginning to doubt that the writers are going to be able to get the ghost of Beth to the right place at the right time to explain her appearance in 1969...

Christine: I wonder what Beth is getting from working for Petofi. Was this just the easiest way to keep her around since she no longer had a place at Collinwood?

John: That's a pretty cool mask Quentin is wearing in the I Ching Fling. Why do I think that's something Dan Curtis picked up on his worldly travels? It's far too good to be the work of the prop department! 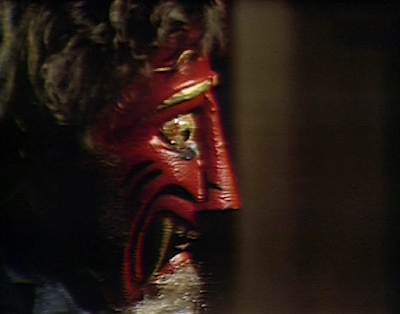 Christine: That was an awesome mask! It had me thinking of the one in Black Sunday. 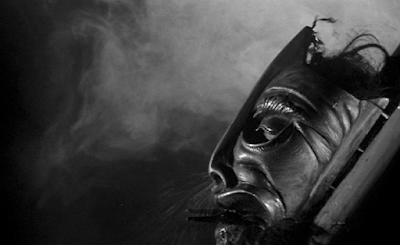 John: It's interesting that everyone is really selling that Barnabas is truly dead. I sure hope Jonathan Frid got a decent vacation out of this!

Christine: They're trying to help us through the denial phase of grief. I wonder if there were protests outside the studio at the time.


Down for the Count:
Barnabas was staked in his coffin 2 episodes ago. 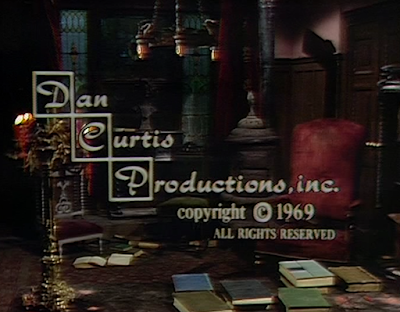