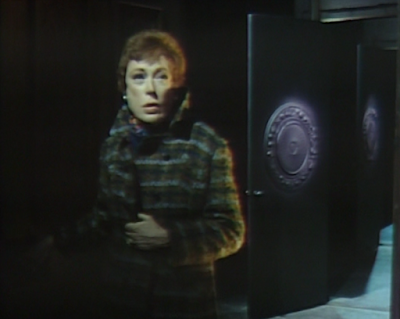 In 1897, in the cell in the basement of Collinwood, Barnabas hears a voice calling for help. He asks who it is, and hears a bloodcurdling scream. 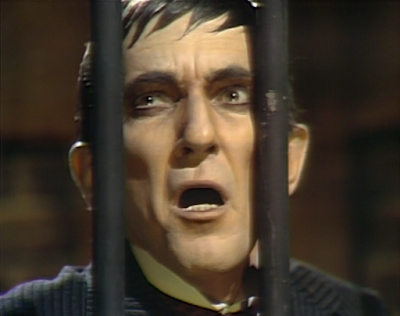 Julia calls to Barnabas, and passes out on the porch of Collindwood. 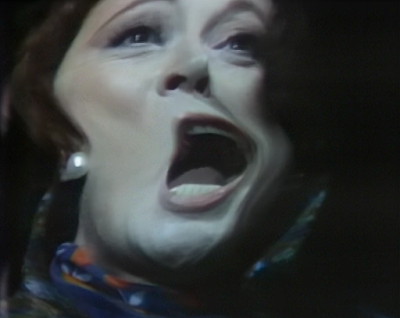 Pansy-possessed Charity pours herself a drink. Edward comes in and she says she's waiting for Quentin. He tells her that he's gone, and will unlikely be home that night. He says he's going to sleep. Charity bids him goodnight and he says he'd like her to go. 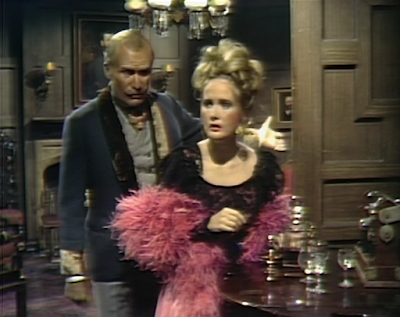 She says she's waiting for Quentin. She points out that it's past midnight, making it the 10th of September, the day from her vision. She needs to tell him to be careful because he's going to be killed that day. Edward drags her out of the drawing room. She tells Edward to send Quentin to meet her at The Blue Whale. She saunters out the front door, only to scream when she finds a woman lying on the porch. 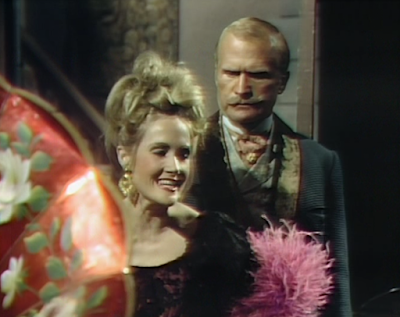 Edward comes out and checks her vitals. He says she's alive. Charity points out that she's wearing strange clothes, and she must be the one here to kill Quentin. Julia comes to and Edward helps her in. Charity tells her not to let her near Quentin. Edward suggests she go to The Blue Whale, and closes the drawing room doors. 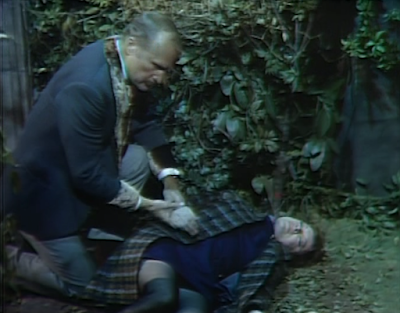 He asks Julia if she can understand him. She looks puzzled, but says nothing. He asks her if she knows where she is. He tells her that she's at Collinwood. She remains speechless. He tells her to speak if she can. She talks about whirling shapes. Quentin comes in and asks Edward who the woman is. He says he's been trying to find out for the past half hour. He says he's gotten nothing out of her, and asks Quentin to wait with her while he calls a doctor. 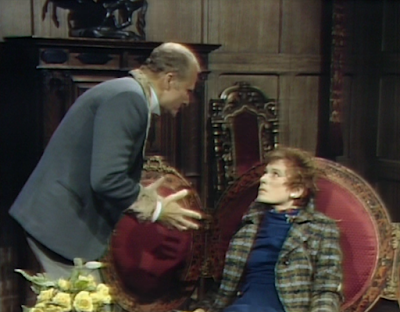 Quentin checks her pockets and finds a paper. She tries to keep it from him and he apologizes, but says he means to help her. 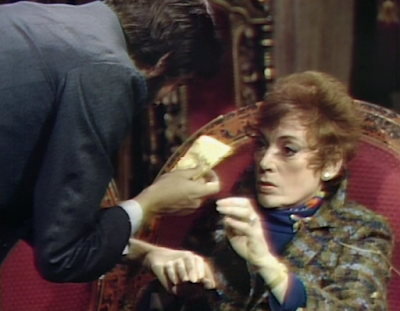 He reads the letter, which describes how someone is locked in the cellar of the old house. He skips to the end and sees the letter is from Barnabas. He goes back and reads the bit about the letter being written for Julia to find in 1969. He then reads about his own death on September 10th, and his rejection by Jamison. Edward returns and says the doctor will be there soon. Quentin excuses himself, saying he has an engagement in town. Julia says, "afraid." Edward asks of what, or whom. 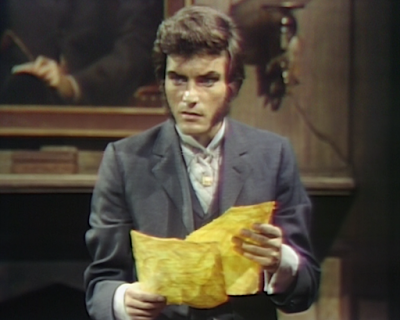 Barnabas walks to the desk in his cell, wondering if Julia will ever see the letter. He hears someone coming downstairs. He asks if it's Edward, and Quentin announces himself. He asks Barnabas to explain the meaning of his letter. 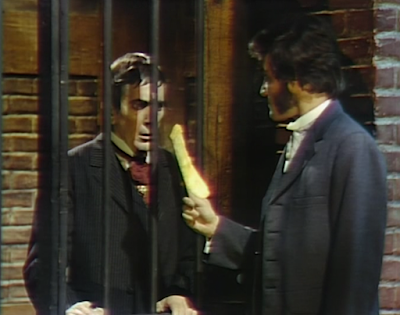 Barnabas asks where he got it. Quentin says he got it from a strange woman now in Collinwood. Barnabas asks what she said about herself. Quentin asks who she is, and he says her name is Julia Hoffman, and she came from his own time. Barnabas says he must speak to her at once. Quentin offers to bring her once he explains how he knows Quentin will die today. Barnabas says that Charity had a vision and told Magda about it. Quentin dismisses it. He says he probably learned about the prophecy the same way. Barnabas says a few months ago, Jamison had a dream describing three things that would happen before Quentin died: a silver bullet would be brought to Collinwood, someone who could help Quentin would die (Julianka), and finally, the one he loved would reject him. Quentin says Jamison would never reject him. He unlocks the cell and asks where he should bring Julia. Barnabas says he'll be at the old rectory. 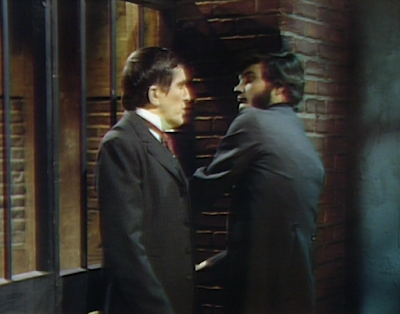 Edward tells Julia the doctor found nothing wrong with her. She says nothing. Quentin returns, and Edward asks him to watch over her as he has another engagement. As soon as he's gone, Quentin tells Julia that he's going to bring her to Barnabas. 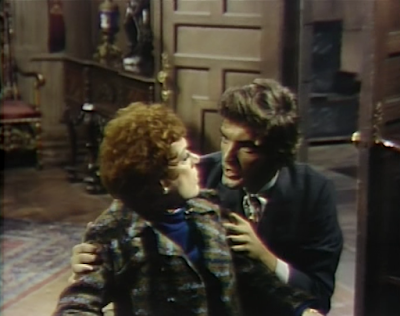 Edward goes to see Barnabas, and finds he is gone. He realizes that he couldn't have gotten away on his own. 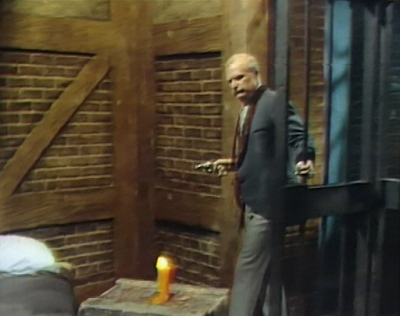 Barnabas is in the rectory when Quentin arrives with Julia. He thinks the journey through time has been too much for her. He says they need to find out who is going to kill him, why, and when. He's sure Julia has those answers. He asks her to remember and try to tell them. She says she wants to go to sleep. Barnabas says that it's almost dawn, and he must go. He tells Quentin to stay with Julia, and hope she remembers when she wakes. Quentin says that this may be the last time he and Barnabas see each other. 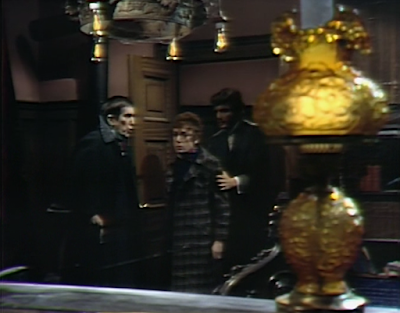 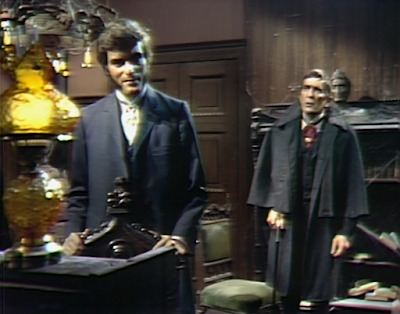 John: Do you think Edward was exaggerating, or are we to actually believe that he had been interrogating Julia for thirty minutes? I thought it was interesting that they made a point to get to September 10th a day early...

Christine: Perhaps the 30 minute interrogation was what made Julia so loopy. I don't remember Barnabas being so ill effected by the time travel, though perhaps it was because he actually lived through that time period, albeit while chained in a coffin. I expect September 10th to last the rest of this week and possibly into next week. On a side note, do you suppose Quentin is dragging his Victrola up and down stairs from his room to the drawing room, or is there one in his room, as well as one in the drawing room?

John: Barnabas mentions that Julia is from 'his own time.' Um, wasn't his own time the late 1700s? Or is he claiming the entire stretch that he's been undead?

Christine: I think it's fair to assume he meant the time from which he traveled to the past. It seemed odd for Edward to unlock and enter the cell before determining that the occupant was no longer there. Whoever knew that using the I Ching to travel back in time would be as easy as creating life. I'm ordering my I Ching wands today!

John: While I didn't particularly take it this way, there was almost a threatening message in Quentin's telling Barnabas that it might be the last time they see each other. Clearly for the viewers, we know that no matter what happens, thanks to witches, vampires, werewolves and ghosts, there will always be plenty of opportunities for them to see each other again!

Christine: I think it was in the delivery, though, in the context of the foretelling of his death, it was a rather dramatic statement that it could be the last time we we will see Quentin as a living being, rather than a paranormal entity. 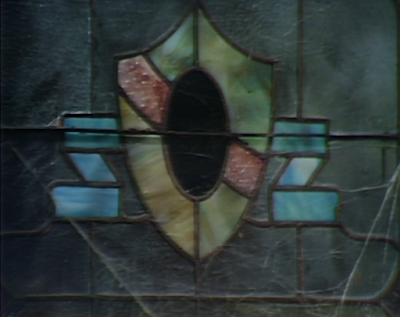 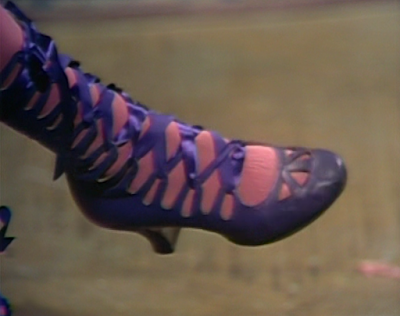