Barnabas opens the door in Petofi's lair, causing a gun to fire. Barnabas sees Julia in the chair, apparently shot. He hears footsteps running away and shouts at Aristede that he'll kill him for this. He goes back in to untie Julia, and she stirs. He asks if she feels any pain, and she says no. He says the bullet couldn't have missed her, and she says she felt it hit her. Barnabas sees a bullet hole in the back of the chair, and yet no corresponding wound on Julia. 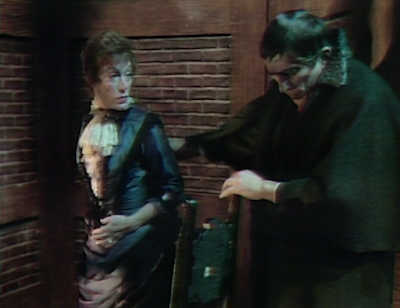 Petfoi comes downstairs at Collinwood when Angelique enters. He asks her where Quentin is, and she says she doesn't know. He asks to speak with her about the absurdity of her marriage to Quentin. He asks her if Quentin knows that she's not an ordinary being. He explains that he and Quentin have made an agreement, and he now must do everything he says. She doesn't believe him. He says he has no objection to the marriage provided she understands that she is never to interfere with his plans. He asks her if she's considered the power they might wield if they worked together. She declines his offer. Petofi laughs at her, surprised to find that she is actually in love with Quentin. 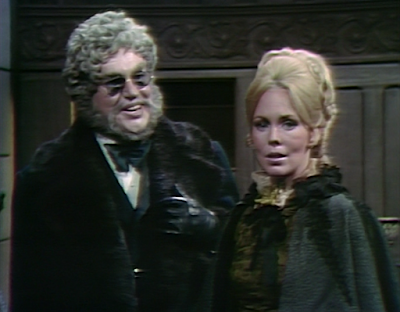 Barnabas tells Julia that she should be dead. She suggests that her physical body must have remained in the future. She says when he came back in time, he had a host body in the past as well. Julia says that this means she can't be harmed by Petofi. Barnabas reminds her that she felt the bullet, and she writes it off as psychological. She prepares to give Barnabas his next injection. He tells her that they may need Angelique's help, and Julia is shocked to hear that she's also in the past. He adds that she's planning to marry Quentin. He says that Angelique will help them, as she has also clashed with Petofi. 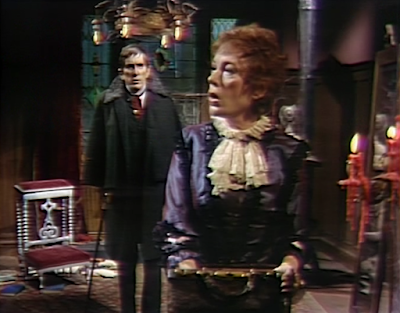 Petofi returns to find Tate in his lair. Aristede is not there, to Petofi's surprise. He goes into the room where Julia was, and finds the ropes she was tied up with. Petofi realizes that Barnabas risked his life to save her, and determines that they will both pay with their lives. 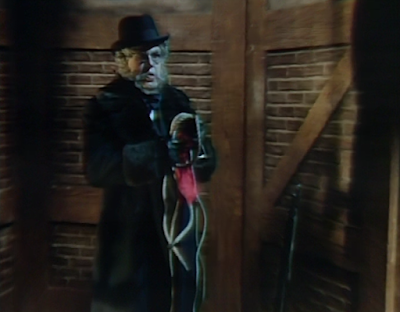 Angelique is shocked to find Julia in Collinwood. Angelique says that she's not like Barnabas and her.  Julia says that Barnabas needed her and she came. 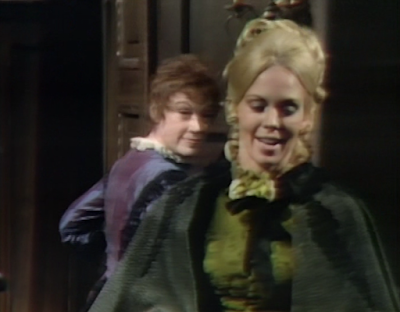 She tells Angelique why she sent for her. She says that Barnabas needs her help. She's not surprised. She says she told him he should return to his own time. Julia says his work wasn't finished then. Angelique says that his work will never be finished, since he's changed so much history. Julia tells her that Petofi is putting pressure on Quentin. She says that working with Barnabas, she can help them defeat Petofi. 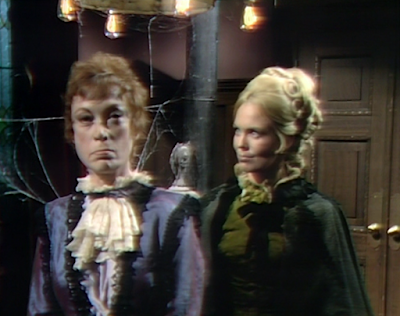 Petofi is disturbed that Aristede cannot be found. He says he has a right to be afraid, having failed at his job. Petofi tells Tate to look at the I Ching wands, and he says he knows nothing about them. Petofi points out that some of Tate's old friends are familiar with them. Tate says he shouldn't toy with such things, as they can be dangerous. He describes a woman who tried using them, and had gone mad by the time she was through. Petofi says he will use caution to use the I Ching to go to the future without placing his life in jeopardy. 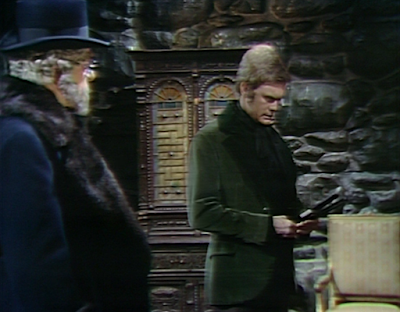 Angelique tells Julia that their plan is clever. She agrees to help, and asks her how she knows her treatment of Barnabas will be successful. Julia asks her what she's going to use to provide them with what they need. Angelique tells her that she'll know soon enough, and leaves. Julia stares into a mirror, sees the image of Angelique, and says that it will work. 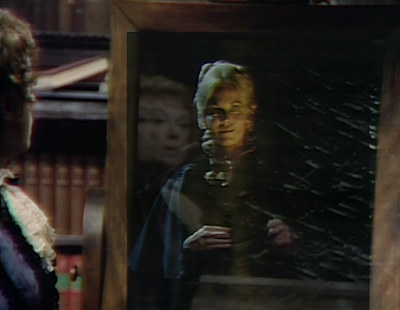 Barnabas says they must move sooner than he originally thought, now that Petofi knows she's not dead. She reminds him that Petofi can't harm her, and he says as soon as he knows that, he'll find other ways to torment her. 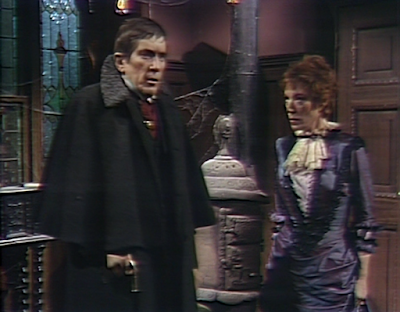 Amanda is in Tate's studio looking at her portrait. Tate returns and asks her what she thinks. He asks if she believes him, and she asks if he would, if he were her. He asks why she came, and she says she wanted to look at it. He says she wanted to know the truth. She tells him it's frightening to believe she could be some sort of supernatural creature. 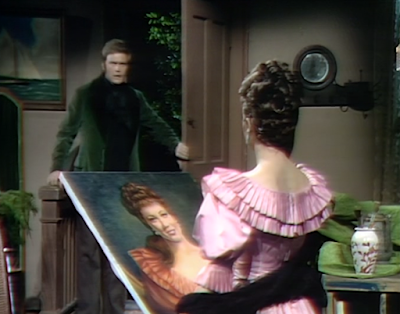 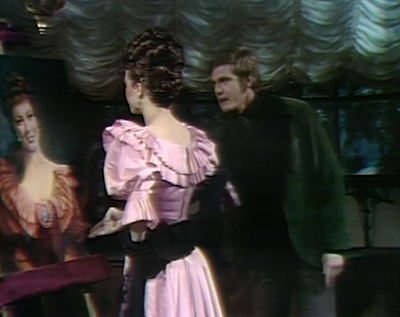 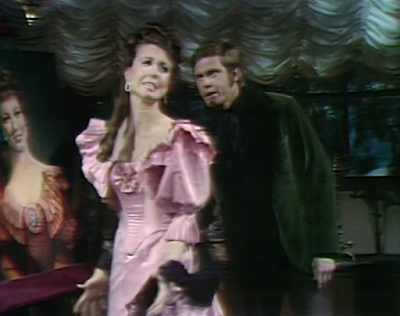 He attempts to give her another demonstration. She tells him that he doesn't have any powers. He starts sketching. She asks what he's drawing. He says it's an ordinary man. He shows her the drawing. She turns, screams, and runs out the room past a man who has materialized, looking like Tate's sketch. 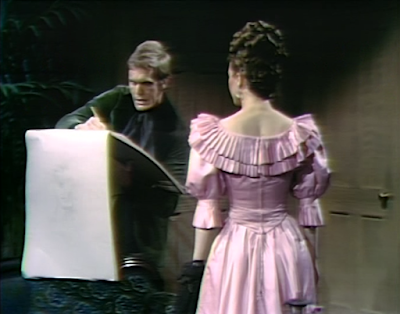 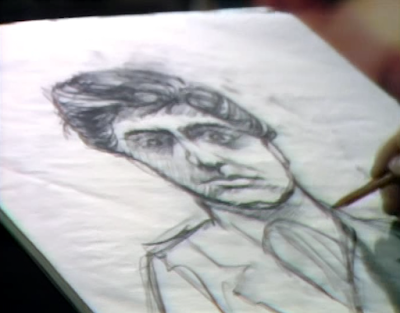 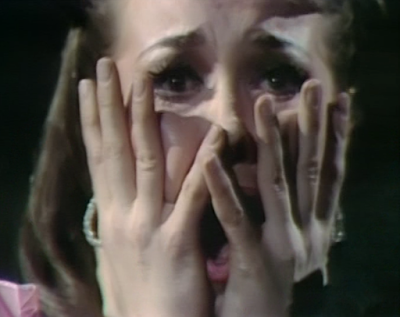 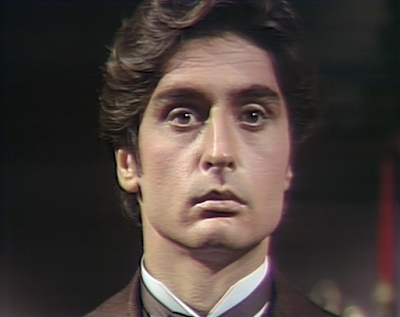 John: I'm amused when characters come up with outlandish explanations for the experiences they have gone through. Julia suddenly is a time travel expert, explaining to Barnabas how astral forms behave with and without hosts in their temporal destination. 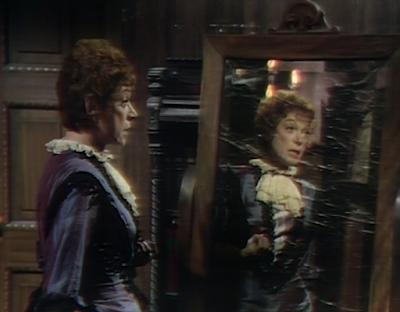 Christine: Yes, but it's so fun to try and predict what the outlandish explanations will be! Since it's consistent with what I've been saying, it makes perfectly good sense to me and I'm cool with it. While Barnabas and Julia didn't profess love for each other outwardly, it was apparent in his expression, and confirmed by Petofi when he realized Julia is important to Barnabas, and by Angelique when she warned Julia that pursuing Barnabas would lead to misery. 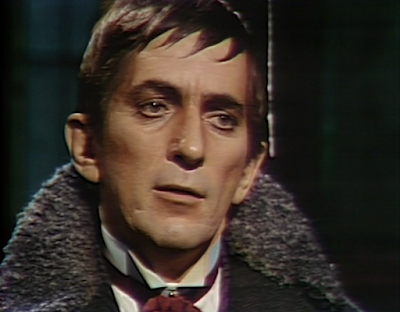 John: I find it very hard to believe that Angelique truly loves Quentin. Petofi sure seems to think so, and her response to him suggests there's some truth to his suggestion. Are we to believe that she has no further feelings for Barnabas? 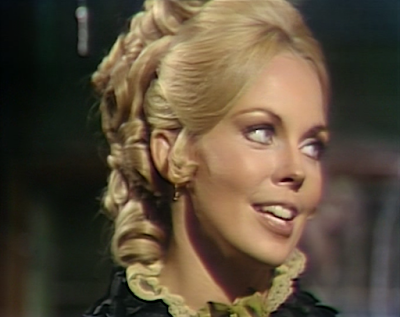 Christine: Of course she doesn't love Quentin! She is just trying to see if it makes Barnabas jealous. If she truly loved Quentin, she would have smiled when Petofi accused her of it, instead of looking like she was punched in the gut. I find it difficult to believe that Barnabas, let alone Julia, would trust Angelique to help him after she's betrayed him in the past. 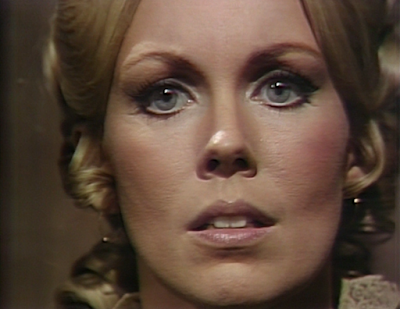 John: So Tate manages to show off his special talent, creating a new man in Collinsport. I'm going to bet that he uses his new buddy to confirm that he also has the ability of making his creations go away...

Christine: I expect you're right, or he would have created another beautiful woman, one that perhaps wouldn't think he was a mental case, instead of a man. It might seem less distasteful to 1960s viewers for him to dispose of a man than a woman. 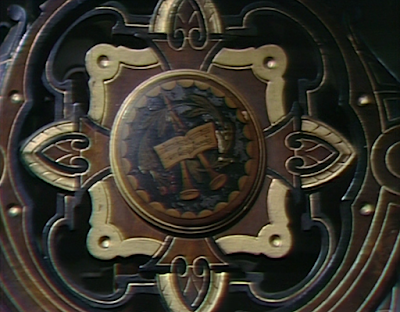