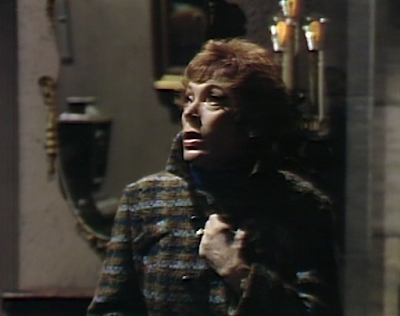 In 1969 Collinwood, Julia begs for Quentin to appear to her. She makes her way upstairs, and the door to the West Wing opens for her. She goes inside and asks if Quentin is present. The door slams shut behind her. She hears a voice tell her that he will not show himself to her. The ghost of Beth steps from the shadows. 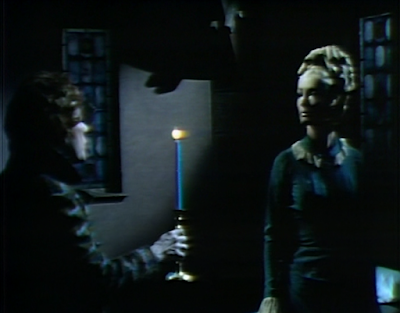 Julia recognizes her as a servant. She tells Beth that she needs her to get Quentin. Beth says there is nothing more she can do. Julia asks why he wants to destroy David, and Beth says he loves the boy. She says that David reminds him of Jamison, who rejected him before he died. It was the worst blow he suffered. His spirit will not rest without Jamison's forgiveness and love. 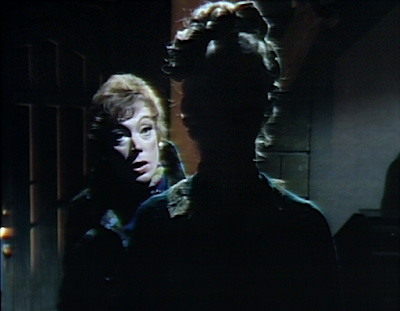 Julia says she can go back to the past to right the wrongs, but she needs to know who killed Quentin. Beth says that it's difficult for her, and starts to leave. Julia pleads with her to help. Beth says it happened on the 10th of September. 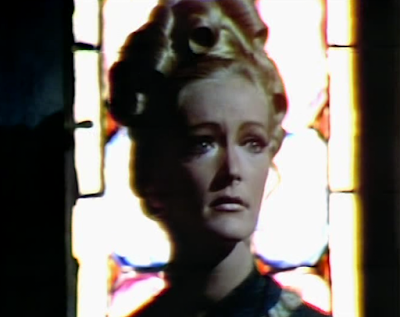 On the 10th of September in 1897, Quentin comes downstairs. Beth asks him where he has been. He tells her that he's been busy, and dismisses her. She asks him not to be angry, and he says he can't talk about it and storms upstairs. Angelique comes in and invites her into the drawing room. Angelique says Quentin doesn't mean to hurt her, being quite fond of her. Beth explains that they're going to be married, and Angelique asks if she believes the family will allow it. Angelique explains that Quentin has been avoiding Beth because he plans to marry her. Beth can't believe it and runs out of the room. 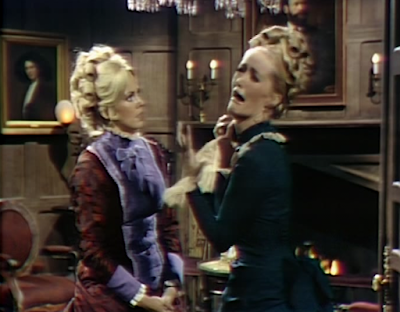 In 1969, Julia asks the ghost Beth what happened next. Beth says that she cried for days, and when she stopped, she knew that she would die that night.

On the 10th of September in 1897, Beth contemplates drinking poison. Jamison asks if he can come in to see her, and she says she's very tired. He pleads with her, and she lets him in. Jamison shows her a puzzle she had given him. 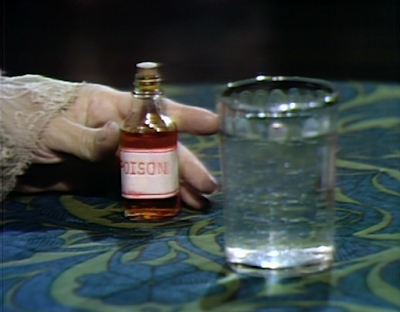 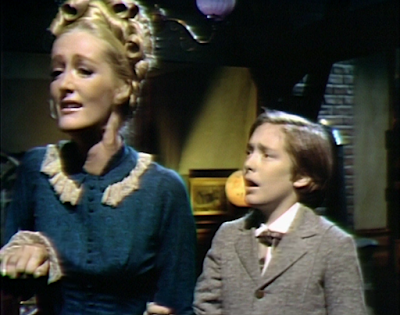 She explains that she and Quentin were going to be married, and now he is going to marry Angelique. Jamison doesn't believe it. He tells her that he loves her, and says he won't leave her alone until she promises not to hurt herself. She promises, and he says he'll come back. He leaves the poison in the room. She pulls a gun from her dresser drawer. 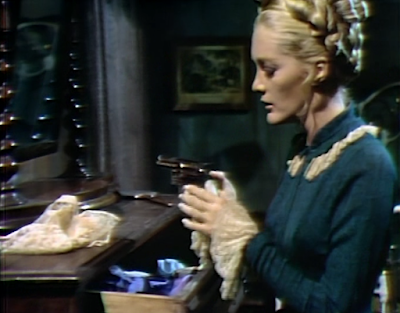 Angelique tells Quentin that she thought it was her duty to spare Beth. Jamison enters and says he'd like to speak to Quentin alone. Angelique says he doesn't have the time, but Quentin tells her to leave them alone. 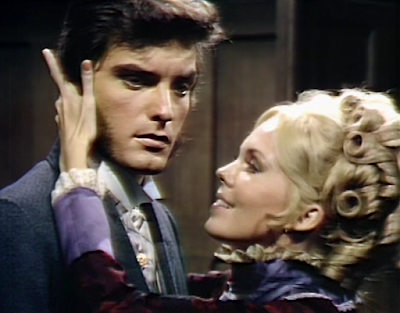 Jamison asks why Quentin would marry Angelique if he loved Beth. He asks how he could almost drive Beth to kill herself. Quentin is shocked. He tells Jamison that he's too young to understand. Jamison says that he understands that Quentin hurt someone he loved, and he doesn't want to see him again. He screams that he hates Quentin, and leaves the room. 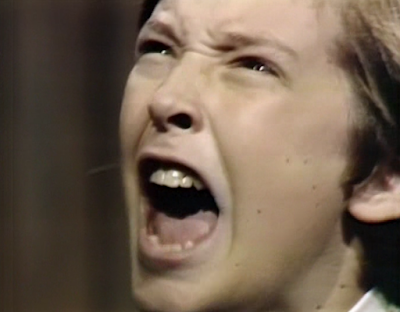 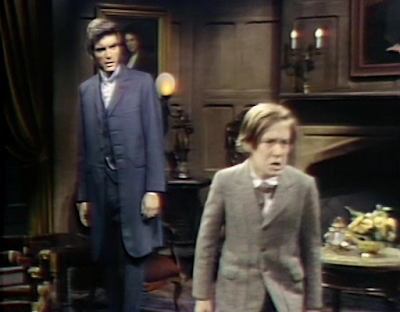 In 1969, Julia realizes that Jamison rejecting Quentin was the third part of the prophecy.

In 1897, Quentin apologizes to Beth, telling her that he didn't want to hurt her. He embraces her and a shot rings out. Beth smiles as Quentin stumbles away. She tells him that he had to die, not her. She follows him upstairs, telling him that she'll get him. 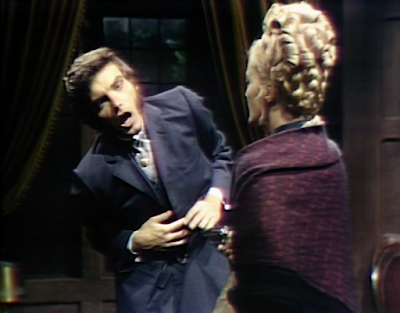 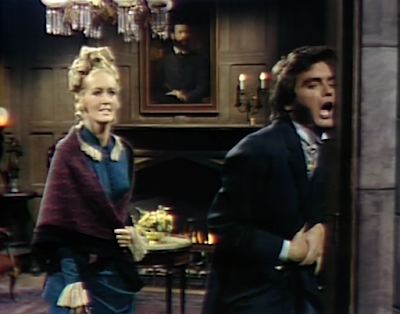 Quentin struggles to make it back to his room, leaving a trail of blood behind him. Beth follows him into his room, laughing. She shoots him several more times, leaving him dead on the floor. 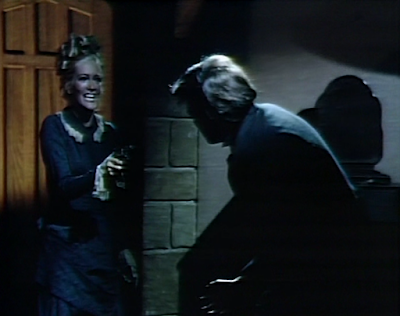 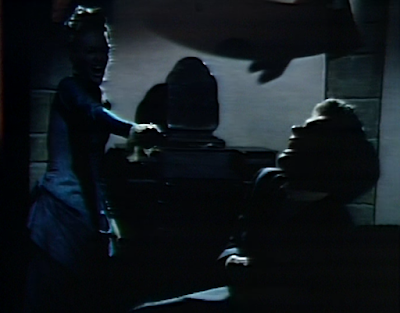 Angelique returns and sees a trail of blood heading upstairs. 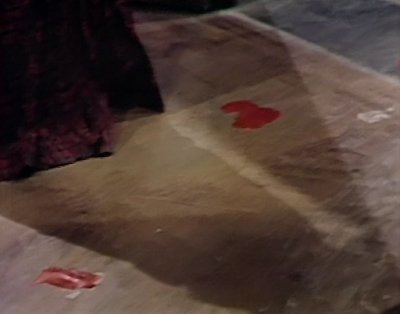 In 1969, Beth's ghost tells Julia that they found Quentin's body that night, and hers the following morning. She says that she thought killing him would cause her to stop loving him, but it didn't. Julia asks why Quentin's own room was sealed up if he was killed in the tower room, and she says she doesn't know. Julia thanks her and leaves. Beth asks Quentin for forgiveness. 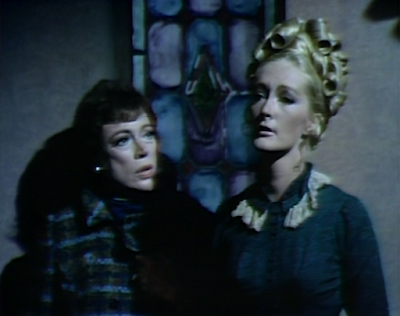 Julia comes downstairs and finds David with Quentin's ghost in the drawing room. She tells David that Quentin wants him to die. Quentin smiles. David says he doesn't want to die, and Julia tells him to come to her. He does. 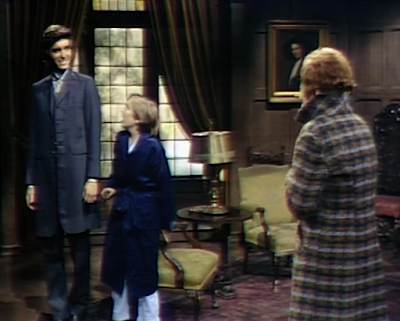 Quentin tells Julia that it's too late; that David is his. Julia hears Stokes enter, and Quentin disappears. She tells him that she found out everything she needs to know, and must go back to the past. Stokes asks if David is alright. She says he is, but then sees he's passed out on the couch. She checks his pulse, and tells Stokes that David is dead. 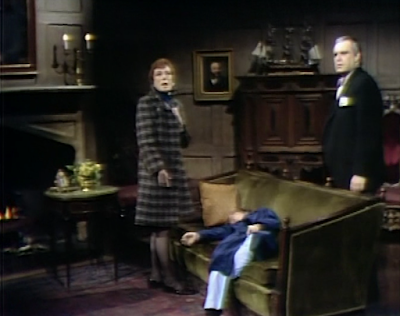 John: I love how nonchalant Julia has become around ghosts. And since she's so calm around them, they appear to be very comfortable around her, too. Funny when you consider how shy Beth and Quentin's ghosts appeared to be when we first met them...

Christine: Beth has tried to help David in the past, so I suppose it's plausible she'd suddenly become loquacious to help Julia save David.

John: Not that it ultimately mattered, but it looked like Jamison left the poison with Beth? Perhaps not the best form of suicide prevention.

Christine: Either Quentin has quick drying crusty blood or someone dropped their lunch meat on the floor in the drawing room. I enjoyed Beth's crazy smile as she popped Quentin with her pistol, which was equally matched by his scary ghost smile. 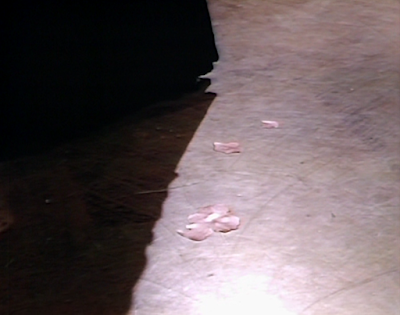 John: Great look for a dead Quentin! Of course, it's somewhat anti-climactic to see his death two days early, which would seem to hint at the fact that come September 10th, he's going to be saved...

Christine: Or he could be killed by one of the many other women that are crazy for him. I'm still not totally clear on why Quentin's ghost wants David to die. It seems a rather ineffective way to secure Jamison's love and forgiveness. 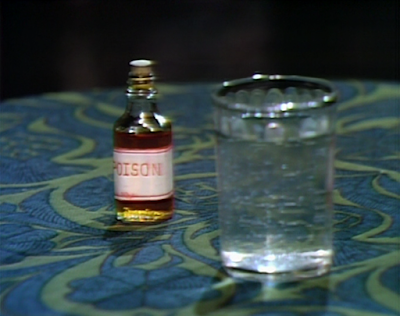