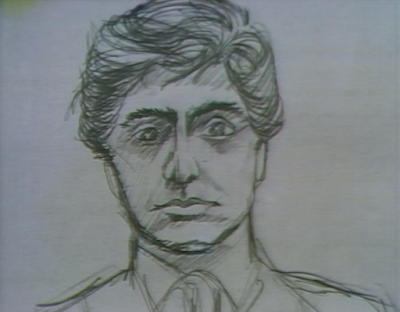 Tim offers to protect Tate's manufactured man. The man is about to speak when Tate interrupts them. He shoots the man before he can say anything. The man writhes on the ground, moaning before his body disappears. 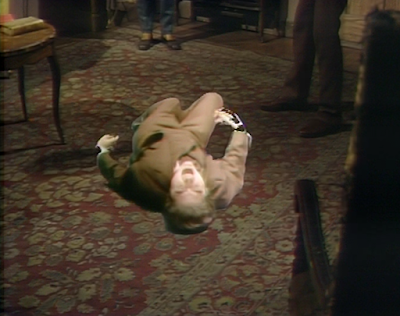 Tim and Tate are both shocked. Tate asks for a drink. Tim gives him one, and says they have matters to discuss. He tells Tate that he just murdered a man. Tate says he never existed. He gets up to leave. Tim tells him they should talk about it. Tate tells Tim about how he was living in Paris 10 years ago when Count Petofi introduced himself to him. 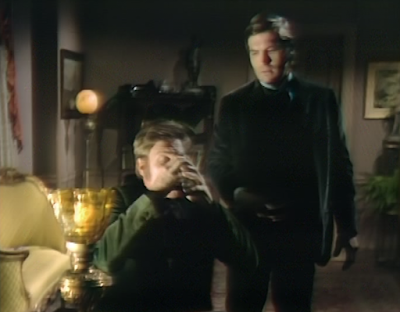 Petofi asks Quentin why Julia came back in time. Quentin explains that she came to save Barnabas. He says he can't help Petofi, because Barnabas may not trust him. Petofi tells Quentin that Beth is now working for him. He also tells Quentin to persuade Barnabas to meet with him, and tell him that Edward still wants to capture him. 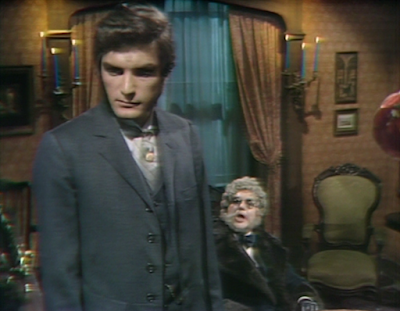 Tate continues drinking. Tim continues to press Tate for information. Tate warns him not to say anything about what happened tonight, and adds that he'll kill him if he says anything about Amanda to anyone. 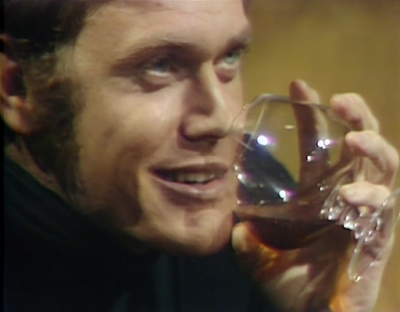 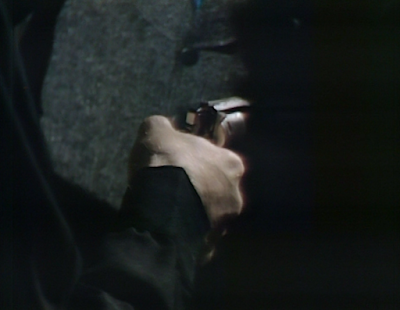 Quentin and Petofi come downstairs, and Petofi notices that Barnabas' portrait is missing—replaced by a mirror. Quentin explains that Edward had it removed. Petofi says he has worked to isolate Barnabas, and Julia must not interfere with his plans. 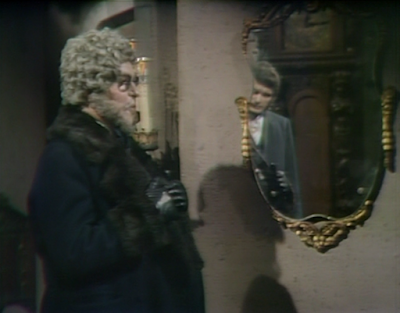 Tim sits in his hotel room alone, ignoring a constant knocking on the door. He finally opens it, and Petofi enters. Tim confirms that he sent for Petofi. He tells Petofi that he wants to offer him a business partnership. Petofi says Tim can offer him nothing. Tim asks if he would be interested in an army. He tells him he knows about Petofi's arrangement with Tate. He tells him that Tate can create human beings. Petofi dismisses the claim. Tim assures him that he saw it himself. Petofi asks to see one of Tate's creations. Tim explains that the particular example is gone. Petofi points out that Amanda still exists. Tim asks why he brought up Amanda. 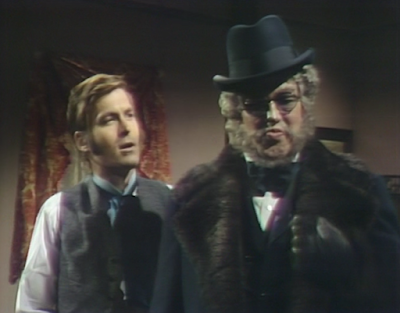 Quentin asks Barnabas how he can help him. He tells Quentin that Julia can provide all the help he needs. Quentin asks why he doesn't trust him. He reminds Barnabas that they were each other's only friends not too long ago. Quentin says that Petofi is planning to deal with Julia, as Edward prepares to deal with him. Quentin asks if Barnabas and Julia have plans to go back to their own time. He says he has considered many things. He tells Quentin that he must go, and thanks him for his concern. He leaves, and Quentin wonders if Petofi will be satisfied with the information he's gathered. 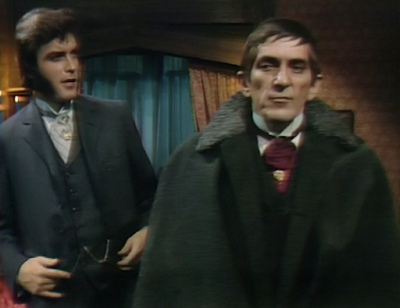 An unknown woman named Kitty arrives at Collinwood. Quentin opens the door and invites her in. She says she's looking for Edward. He tells her that Edward is away, but he is his brother. She asks if he's Quentin or Carl. He explains that Carl is dead. He offers to arrange a room for her. She says her name is Lady Hampshire, and Edward was friends with her late husband Gerald. She says she was a lonely American in England, and she decided to come home. 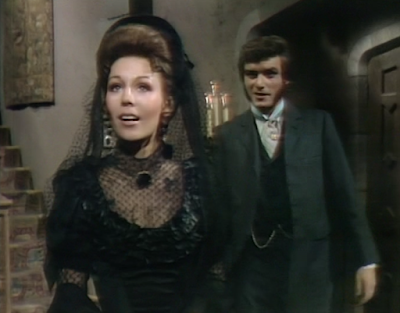 Petofi says knowing that Barnabas doesn't have plans to return to the future soon is of no use to him. He tells Quentin that Barnabas must die. Then Julia will turn to Quentin, and he can find out how she plans to return to the future. Quentin asks how Petofi plans to kill Barnabas, and he explains that Quentin will do it. Petofi breaks a glass and cuts Quentin's face. He screams, but there's no blood. Petofi uncovers the portrait to show it bleeding from the cheek. Petofi tells Quentin that Barnabas must die, and leaves him alone with the bleeding portrait. 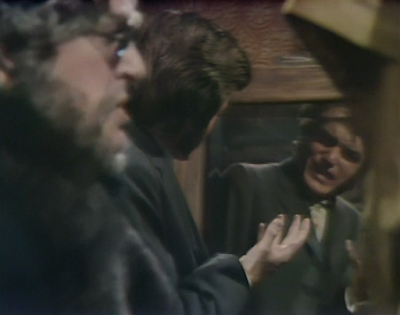 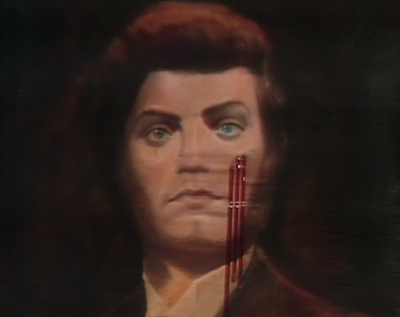 Lady Hampshire runs into Petofi in Collinwood, and says he can't be there. He tells her that he was sorry to hear of her husband's death. She points out that he gave him little choice between public disgrace and death. He asks if she's met all the Collins' men. She stops Petofi and tells him she needs fresh air, and walks outside. 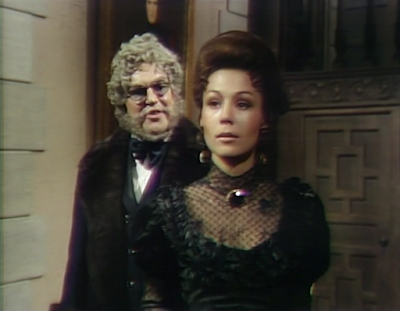 Barnabas is in the woods when he hears someone approaching. Lady Hampshire runs into him and asks if he can help her. He asks if she's staying at Collinwood. She asks if he's a friend of the Collins family. He tells her she's beautiful, and asks who she is. She says she isn't going to tell him now, but invites him to walk her back to Collinwood. He says he cannot, but points her on the right path. He asks if she'll be staying long, and she says she may be leaving tomorrow. As she walks away, he realizes that she may be the reincarnation of Josette. 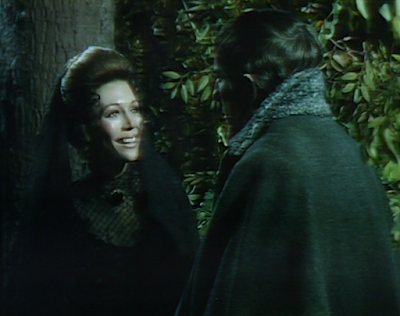 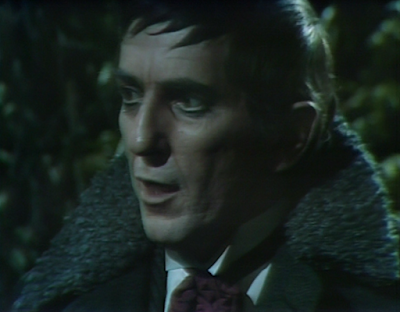 Lady Hampshire returns to Collinwood. She finds Quentin in the foyer, and asks him why the portrait of Barnabas was moved. Quentin asks how she knows Barnabas. She asks who he's referring to, and when he says Barnabas, she tells him she doesn't know anyone named Barnabas, while images of his portrait flash onscreen. 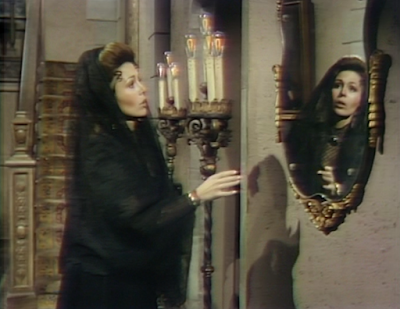 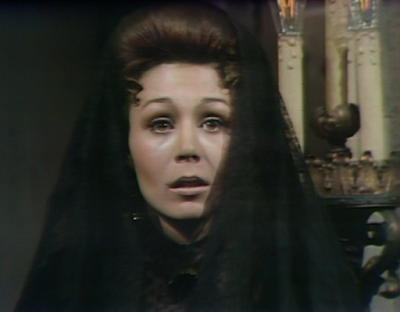 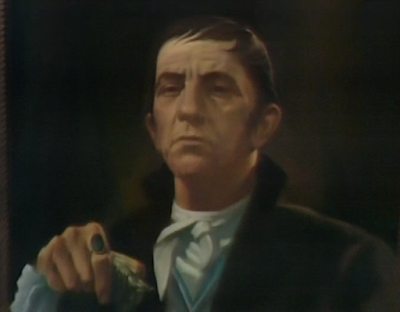 John: Will Edward's having removed Barnabas' portrait carry over into the future? I wonder if he realizes that their grandmother didn't seem to have a problem with the portrait of the family's resident vampire hanging in the foyer...

Christine: I'd expect Edward to have the portrait destroyed and all traces of Barnabas' name edited out of the Collins family history books, which might make it impossible for him to secure a stay at the Old House when he returns to the future.

John: Maggie's back... at least the 1897 version of Maggie. Or Josette,  I guess. Lady Hampshire? And she's mixed up with Count Petofi, who may or may not be responsible for her being a widow. Welcome to Collinsport! She should fit right in...

Christine: Just as Julia and Barnabas were deepening their bond, along comes Kitty/Lady Hampshire to interfere with their relationship by reviving his Josette fixation. He still has not learned that chasing the reincarnation of Josette always ends in disaster.

John: Today's bleeding Quentin portrait reminded me of the bleeding Lady Simmons portrait (with garden shears in her throat) from The Ghost and Mr. Chicken (Universal, 1966).

Christine: So, if the portrait protects Quentin from harm, why can't he hide it from Petofi and refuse to do his bidding? I thought his understated reaction to learning that Beth was working for Petofi seemed odd. Shouldn't he be concerned that she may be seeking another way to get back at him for dumping her so cruelly without any feeling or remorse? Charles Tate was certainly enjoying his beverages today. We haven't seen that level of enthusiasm for booze since Sam Evans was on scene. 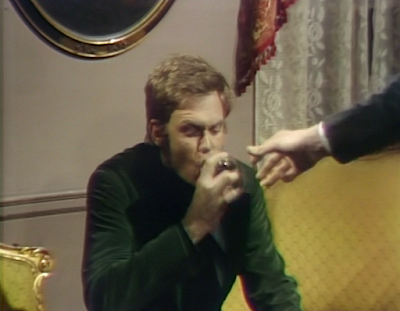 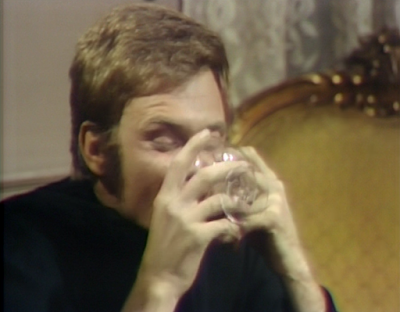 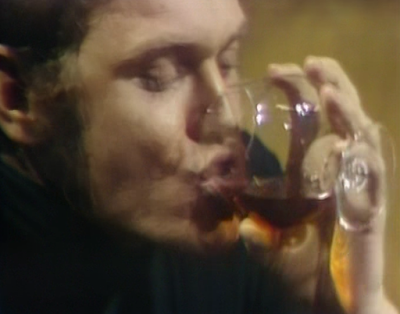