Tad and Carrie come downstairs and go into the drawing room. Hallie hopes that they will find Daphne waiting for them, rather than Gerard. Tad hears something that Carrie cannot. There's a knock on the front door. Tad goes to answer it. It's Daphne, her hair blowing in the wind. 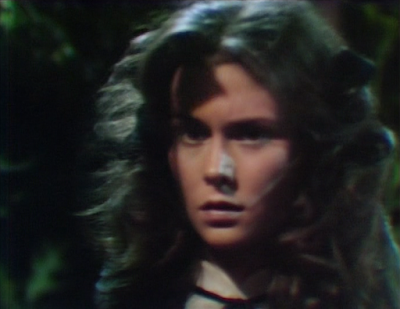 Tad invites her in. Hallie is happy to see her. She looks around, and doesn't seem to recognize them. Tad tells her that it's Tad and Carrie. She embraces them. She struggles to speak, and they help her into the drawing room. She tells them that she's alright. She picks up a photo of Quentin, and says that no one must know. Tad says they'll hide her. Daphne shakes her head no. She says Gerard will decide. She says they must bring him there. They hear someone at the front door, and hide Daphne behind the curtains. 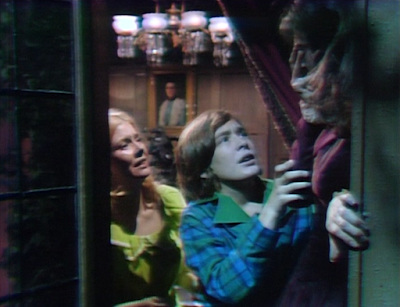 Willie comes in and Tad recognizes him. He says they're playing a game. Willie asks David what's wrong with him. He says he has a nose for trouble. He says that Barnabas told him to keep an eye on them. Tad tells Willie that they heard someone. Willie accuses them of lying to him. He sits down, and makes them sit down opposite him until they tell the truth. 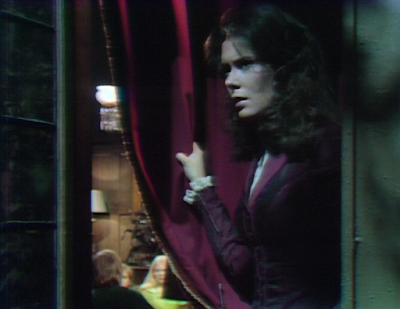 Carolyn complains to Quentin that everyone wants her to explain her second sight. She says there is someone in the house tonight who should never be there. He asks her who. She says she can feel their presence. Quentin says that if there's a stranger in the house, they have to find them. 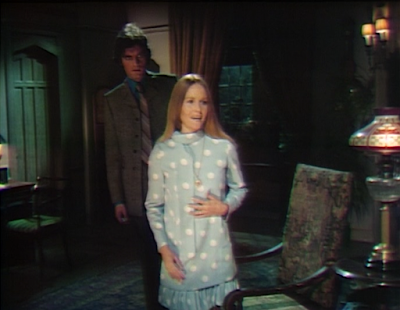 Tad asks if Willie is going to make them stay up all night. He says he's going to tell Barnabas, and will take them up to their rooms. He assures them he'll find their secret out. Tad sneaks to Daphne and tells her they'll be back soon with some clothes. Willie yells at David to come with them as they go upstairs. 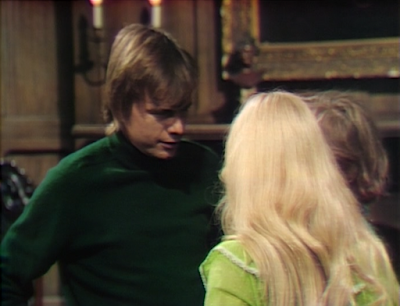 Daphne comes out from behind the curtains.

Quentin and Carolyn come to the drawing room to look for the stranger. He tells Carolyn to search behind the draperies, and she says no one would hide there. He asks if she feels a person in the room, and she says that a person has been there, but she's not sure if they're in there now. Quentin look behind the curtain right next to where Daphne is hiding, but doesn't check where she is. He then smells lilacs. He tells Carolyn there's no one there, and suggests they check the rest of the house. 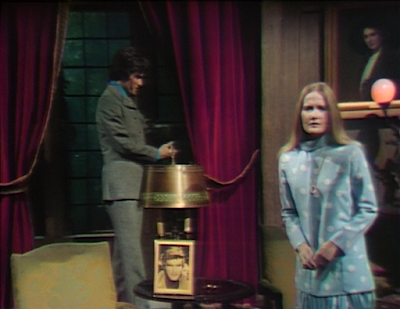 After they leave, Daphne comes out and calls to Gerard. She says she must be with them to bring him back, and assures him it will be tonight, and he will be with her, alive. She hears someone coming and hides again. Quentin comes downstairs and calls to her, asking if she's the stranger. He then decides that it can't be Daphne, because Carolyn sensed someone alive, not a spirit. Daphne begins to sob. Quentin hears her and she steps out of the shadows. He embraces her, and she asks him to let her go. He says he'll never let her go. He reaches out to her and she tells him not to touch her. She says she wants him to, but he can't. He asks if she can love him, and she says he mustn't ask her. She says she has no answers for him. He asks why he can't hold her, and grabs her and kisses her. He says this is as it should be. He asks why she's come back if not for him. He asks if she came for the children. He asks if they'll be David and Hallie again. 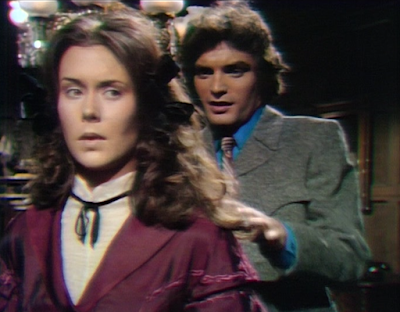 He hears Willie call him from upstairs. He steps out of the drawing room and closes the door behind him. Willie asks him who he was talking to. Quentin says he wasn't talking to anyone. He asks if Barnabas put him in charge of Collinwood, and suggests he go back to the old house. Willie says he's going to tell Barnabas about the strange things going on, and leaves. Quentin returns to Daphne and says they have to get her new clothes. She says she must go to the children. He asks if she'll end the possession, and she says she has no power. Quentin says they cannot remain as they are. She says she must see the children because she loves them. 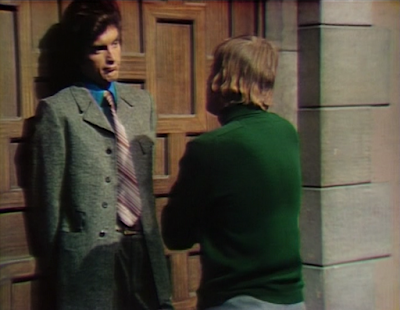 Carrie comes into Tad's room with clothes that belonged to the old governess, Victoria. Daphne comes in and says they have no time. Hallie asks if they must bring Gerard. She tells them to make the star. 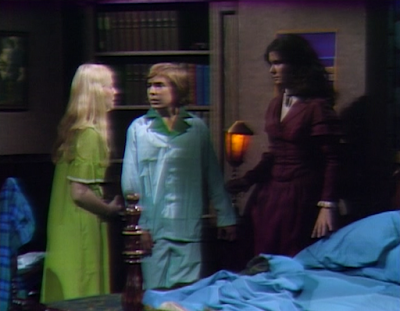 Carolyn tells Quentin that terrible things are happening in the house tonight. She tells him that he knows, and he denies it before walking out on her. She realizes that Gerard is very near. 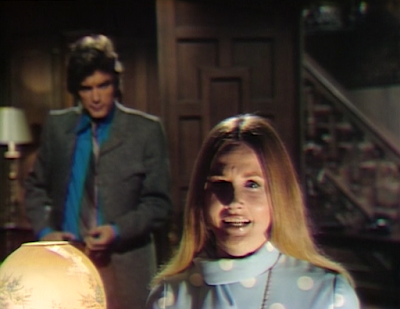 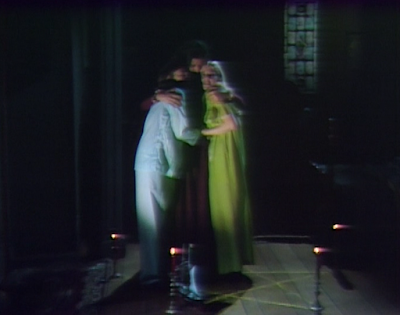 John: It's been so long since we've seen our 1970 Willie, I'm surprised that we can still recognize him. So how on Earth would Tad, who has never seen him before, be able to recognize him?

Christine: I would say that he may have access to David's memories, but since he was unable to immediately answer Barnabas' questions yesterday, it would seem that he does not. Perhaps a Mr. Loomis exists in 1840, otherwise we have to assume they met offscreen, when Barnabas made Willie the babysitter. It's good to have Willie back, though the fact that Barnabas has left him in charge of the possessed kids indicates that he's pretty much given up.

John: Okay, it's pretty ridiculous for Quentin to tell Carolyn to look behind the curtains, where she'll find Daphne, only to have her say that no one would hide there. And then he checks right next to where she's at, but not where she's actually at. It would have made things more interesting if he had his love connection right in front of Carolyn.

Christine: I guess Carolyn's second sight is on the blink or they would have found Daphne right away. I wonder who put Quentin's photo next to the chair in the drawing room. There aren't photos of any other present day family members displayed anywhere. It seems rather odd.

John: What's up with the foil ball that represents a spirit about to take on a corporeal form? Even the bat puppets were more convincing!

Christine: Is it possible this foil ball has appeared as an alien on Star Trek before, or is it just reminding me of something similar from that show? 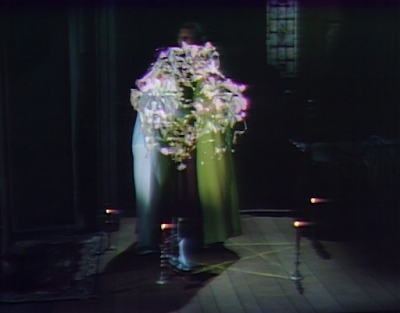