Angelique says she could resort to black magic to make Julia suffer more, but she'll just leave her to come back and check on her. She says her candles will go out soon, and points out that she has no food, no water. She tells her that she will rot in this room. After she leaves, Julia blows out one of the two candles to conserve it. 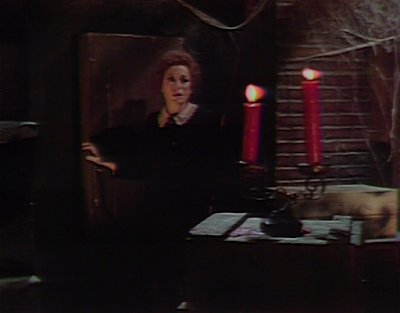 Roger realizes that he must find a way to dispose of Elizabeth's body. Angelique finds him in the foyer. He says Barnabas was looking for Hoffman. She says that she hasn't seen her since they went upstairs together. 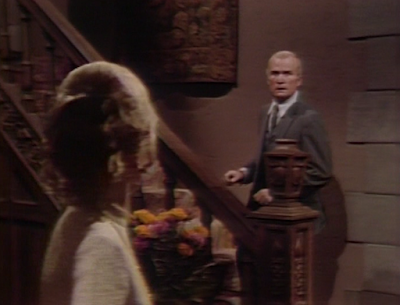 Roger returns to the scene of the crime wondering why he killed his sister. He convinces himself that he had to. He then realizes that he can pin the murder on Quentin. 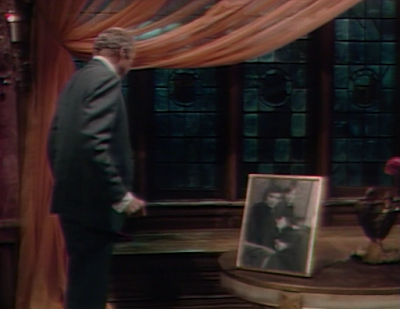 Quentin comes to see Angelexis. She tells him he shouldn't have come during the day, and that he should have stayed at the cave. He says he heard the servants talking, and wants to know why she didn't tell him Carolyn was dead. He says he knows that Maggie did it. Angelique says she's not sure. He tells her to get Maggie out of the house before anyone else dies. He says she's a witch. Angelexis assures him that soon everything will be different. 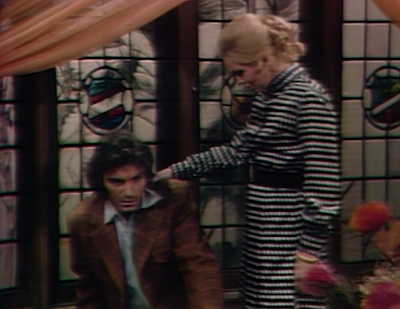 Julia wakes to find the first candle almost out. She lights the second. She goes to the door and screams for help. 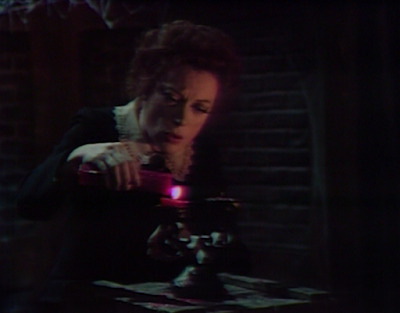 Roger returns to the scene of the crime and looks around to ensure he's left no clues. Angelexis comes in and asks if he's afraid to be in the room, since it keeps changing. He says he'd like to be transported to another time. He says if it changed now, they could go together and start over. She asks him what's wrong. 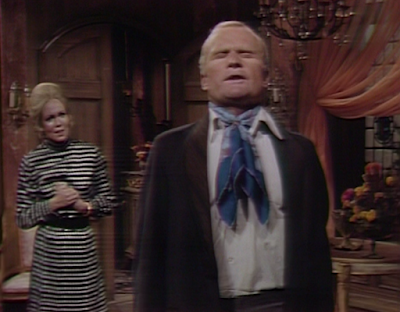 Maggie runs in screaming. She says Elizabeth's dead. Roger runs out to check. Angelexis consoles her. Maggie says she was strangled, just like Bruno. 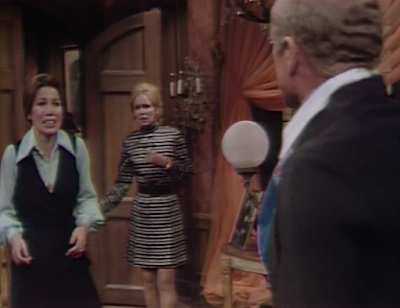 Roger tells a newspaper reporter on the phone that the police has just left, and he can't talk anymore. Maggie tells him that she understands the pain he's in. She wonders how Quentin could kill Elizabeth, since he loved her. Roger tells her that Quentin is insane. He wonders why they didn't see it after Angelique was murdered. He says all of the other deaths could have been avoided. Roger paints a picture of Quentin having a great temper, to explain how he must be responsible for all the deaths. 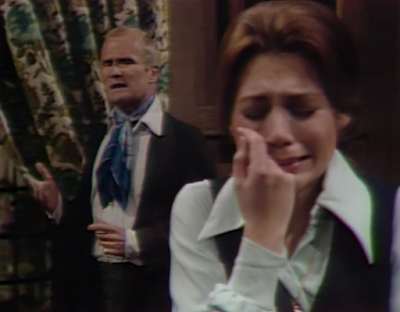 Angelexis tells Quentin that Elizabeth was strangled, just like Bruno. He asks if she found a doll in Maggie's room. She says the police were there. He points out that Elizabeth was Maggie's one friend, and this is her reward. Angelexis tells him he must go back to the cave. She says she shouldn;'t have sent her father for him. He wonders how he was ever fooled by Maggie. 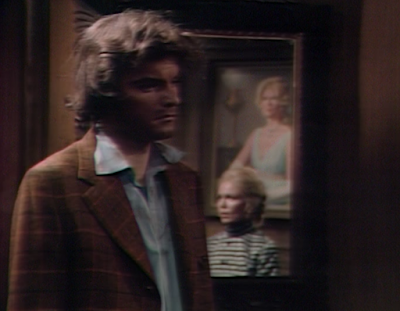 Maggie tells Roger that she'll take care of the funeral arrangements. She says she'd like to take David and Amy away. He says until Quentin is caught. She says that he and Alexis should go, too. She says she'll find Julia to pack the kids things. 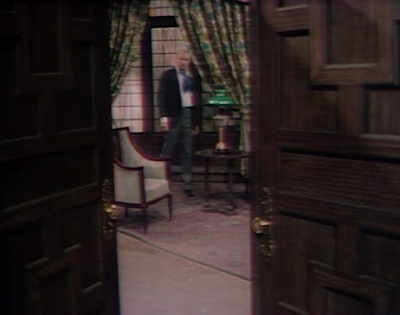 Angelique checks in on Julia. She points out that she must be cold, thirsty and hungry. She asks her about Barnabas' secret, and says that after she tells her, she'll let her return to her own time. Julia tells her that Barnabas will come looking for her. She says that she told him Julia was nervous and decided to leave. She points out that she's not going to have food or water for days. Julia grapples with her, but Angelique throws her down and locks the door. 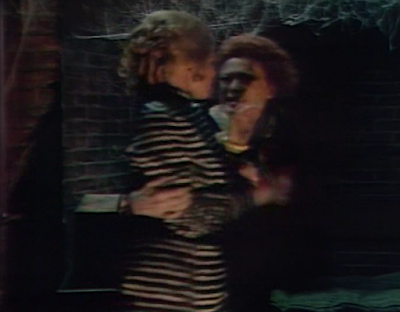 Maggie tells Roger that she can't find Julia. Angelexis comes in and explains that Julia left last night. She didn't want to stay in the house. Roger is upset she didn't speak to him or Maggie. Maggie tells Angelexis that she thinks she should leave the house with them. Maggie offers her a ride into town, and goes upstairs to David's room. Roger asks Angelexis if she has no fear of death. She asks him why he would say that. He tells her she wasn't at the seance, emphasizing calling her Alexis. 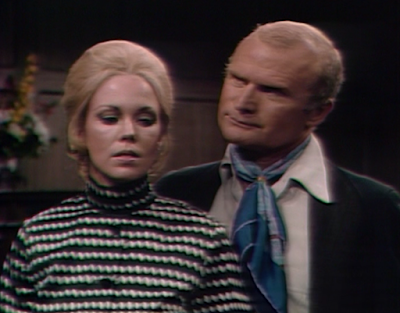 Quentin sneaks into Maggie's room and searches for the voodoo doll. He finds a monogrammed handkerchief of Elizabeth's. 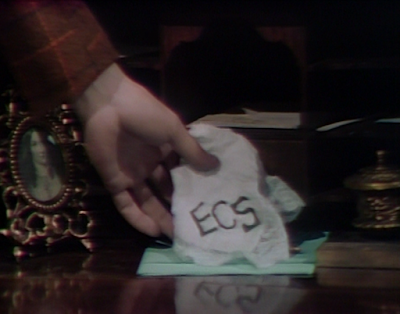 Maggie walks in on him. He asks her for the doll she used to kill Elizabeth, and threatens to kill her if that's what it will take to stop what's happening in the house. Maggie runs out of the room, screaming. 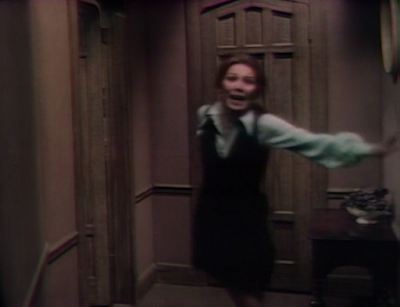 Roger asks the portrait of Angelique why he can talk to her but not he sister. He hears Maggie screaming for Alexis. She says Quentin is mad and tried to kill her. He locks the door and asks what happened. She says she sent the children into town, and when she went to her room to pack, Quentin was there. She says they must call the police. He goes to the door and she tells him to be careful. He says Quentin accused her of killing Elizabeth. She says they must leave the house. Roger says he'll never return to the house, even when it's all over. He asks why Elizabeth came to the room that night, and says she'd still be alive. 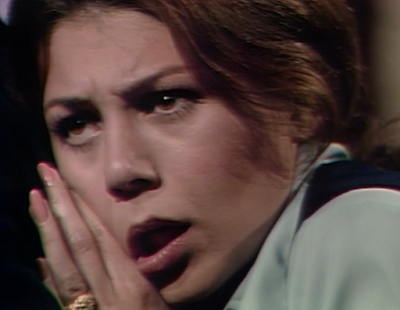 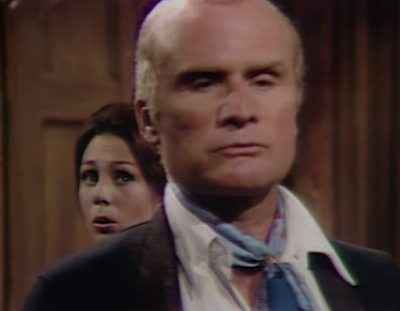 She asks him for the key. He holds it out to her, but takes it back, saying she should be afraid Quentin is out there. She says she's sure he's gone away. 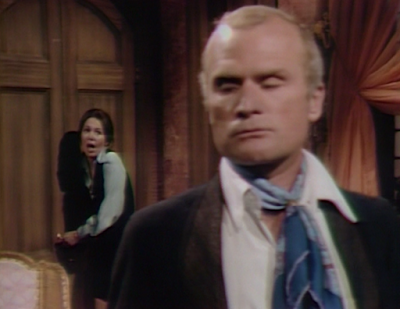 He asks what she was going to tell the police? That he killed Elizabeth, and Carolyn, and Angelique? He tells her that she was right, but they'll never know, and clutches her throat. 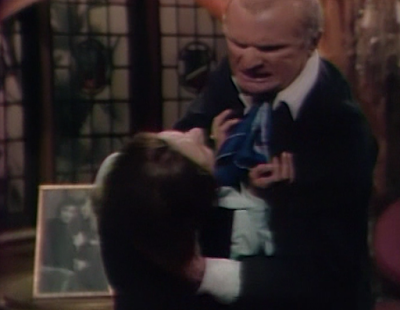 John: Quentin is looking quite the wild man with his unkempt hair and five-o'clock shadow! 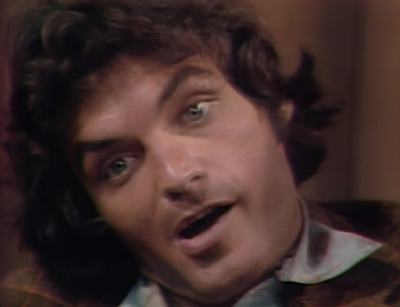 John: Julia was very polite to not make a lot of noise last night when everyone in the house was likely asleep. But I think she missed the opportunity to let anyone know of her whereabouts now that the house is being evacuated, and the remaining members are being picked off one-by-one.

Christine: I don't think it would matter for her to make noise, since Angelique said she had taken her to the deepest, darkest part of the house. Apparently, there are layers of dungeons we have not yet explored .

John: I must say, I've enjoyed Roger's slow descent into madness. While it would be impressive for him to gain another victim, I'm betting that Quentin will appear just in time to save his bride. Followed soon by all secrets being revealed, and something leading to the closure of this particular branch of parallel time; hopefully with Julia and Barnabas both on the right side of it!

Christine: Why would Quentin save Maggie when he thinks she's a witch and wants to kill her himself? It's a good thing Maggie got the kids out of the way since it doesn't seem they would be spared Roger's killing spree. That leaves only Angelique to save her, unless Barnabas decides to come looking for Julia. Let's hope for more excitement in Friday's episode! 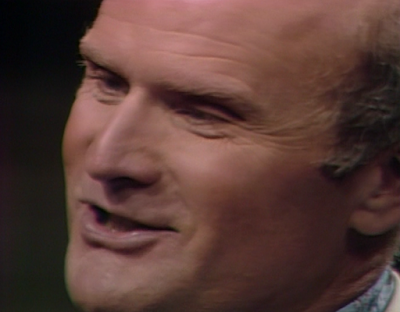