Megan tells Elizabeth there's no point looking upstairs for David. Elizabeth is insistent, and they go upstairs together.

David is in the room where the labored breathing is coming from. He says he brought him what he needs. He then hears his aunt's voice calling for him. 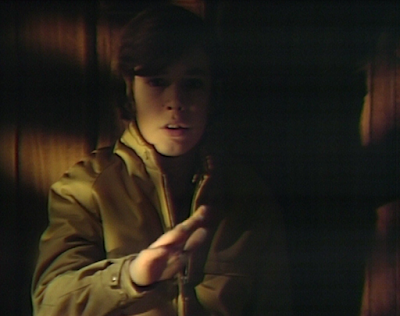 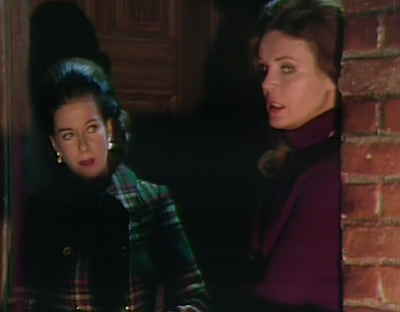 David tells the baby that everything will be fine.

Downstairs, a desk is overturned, and Megan says he must have knocked it down when he ran out. Elizabeth wonders what he was doing. Elizabeth apologizes for bothering Megan, and leaves the antique shop. David comes downstairs and says that was close. Megan says she was terrified when Elizabeth went to open the door. She asks David who he thinks is responsible for making the noise that stopped her. 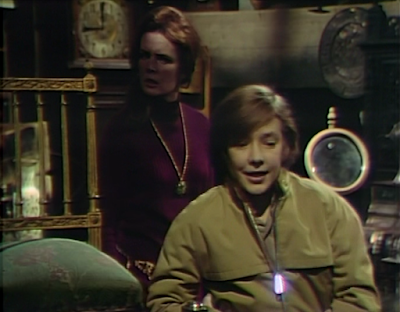 Julia drinks with Olivia about her desire to have a showing of Tate paintings. She asks Julia if she finds Tate's tragedy moving. Julia asks what she's talking about. Olivia says he was such a talent, who then was almost completely forgotten. She says she thought she was his last admirer, and was surprised to find out that Julia was one as well. She asks if she can photograph Julia's Tate, and she says that she'll send it to Olivia with Mrs. Stoddard's chauffeur. 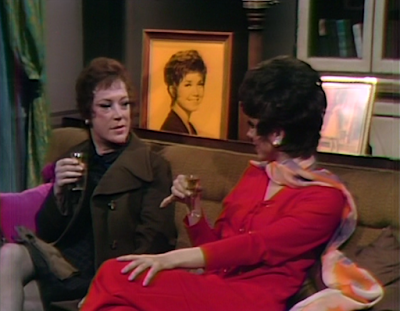 After she leaves, a man enters and she tells him that things are going as planned, and he can go about her arrangements. 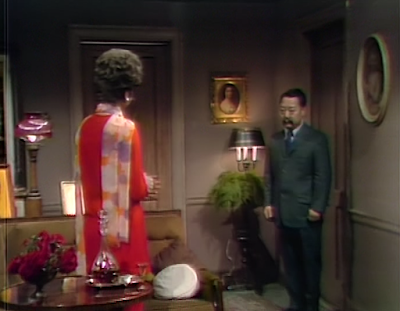 Julia tells Chris that he wants him to tell Olivia that he's Elizabeth's chauffeur. She says that Olivia may in fact be Amanda's granddaughter, but for some reason she thinks she's not who she says she is. She shows Chris a letter from Amanda to Quentin, saying she'd love him forever. Julia asks Chris to get a sample of Olivia's handwriting. Chris says it's impossible for her to be Amanda. He takes the painting. 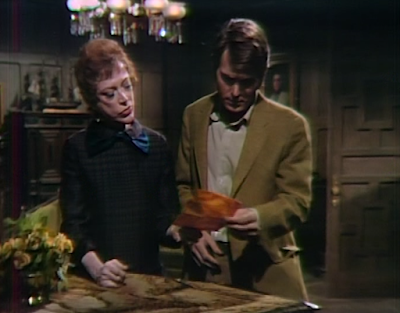 Elizabeth returns to Collinwood, and Julia asks if there are any family portraits in the closed off rooms of the house. Elizabeth says that she's sure there are. Julia says she bought a Charles Tate painting at the antique shop. The mention of the shop seems to upset Elizabeth. She gives Julia permission to search the house, and goes upstairs. 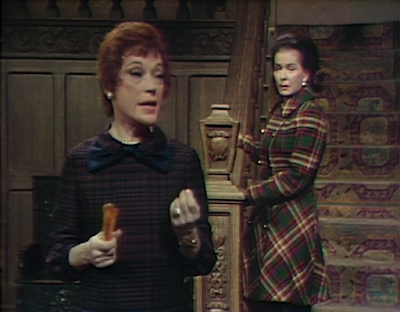 Chris delivers the painting to Olivia. She tells Chris to thank Julia, and tell her that she'll return the painting as soon as she's through with it. He says he was told to wait for it, and when Olivia's valet enters, she jokingly tells him that they're on to them, She introduces Mr. Nakamura to Chris, saying that he'll photograph the painting. He leaves the room with it, and Chris is troubled. Olivia goes to get them some tea. Once alone, Chris looks around for a sample of her handwriting. Olivia comes back in, and he helps her with the tea service. 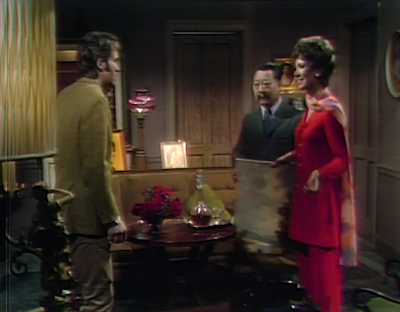 Elizabeth comes looking for David. He comes into his room and says he was downstairs. She asks what he was doing at the antique shop, and he denies that he was there. She says she knows it was him, and leaves his room. 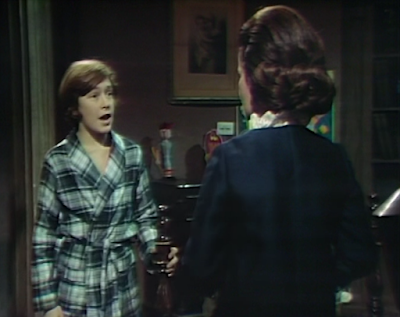 Chris finishes his tea. She asks if he likes working for the Collins family, and he says it's a job. She asks how long Julia has been there. He says it's been years, and asks to check in on Mr. Nakamura. He goes into the room, and while there's a camera, the room is otherwise empty, and the portrait is gone. Mr. Nakamura returns with the painting and a photo of the painting. He gives it to Chris. 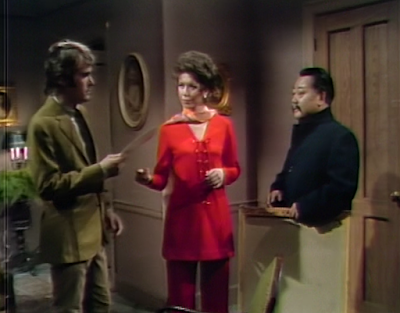 Olivia says he's a good watchdog, and she appreciates that. He apologizes for his actions. He then asks her for her autograph, and she agrees to do that for him. He asks her to write, "To Chris Jennings, In memory of meeting at the Collinwood Inn." She does it for him, and he leaves with the painting. She tells Nakamura that Jennings may be of use to them, and asks how long it will take to get what he went for. He tells her one hour. 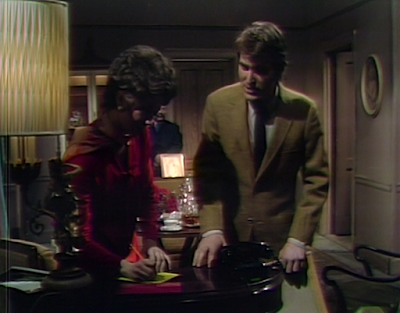 Julia says the painting doesn't appear to be damaged. Chris says something was going on. He then gives Julia Olivia's autograph. She says the writing is very similar to Amanda's. She says Professor Stokes is an expert at handwriting. Chris says that Olivia certainly is attractive. 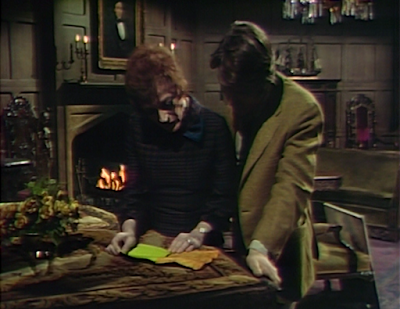 Mr. Nakamura returns to Olivia. She asks if he secured the servies of the best tehcnician in Collinsport, and are assured his silence. He says yes. He hands her an x-ray. He says there is definitely a painting underneath. She says a part of it is a portrait—but whose. She says they must find out, and tells him that he knows what to do next. He nods. 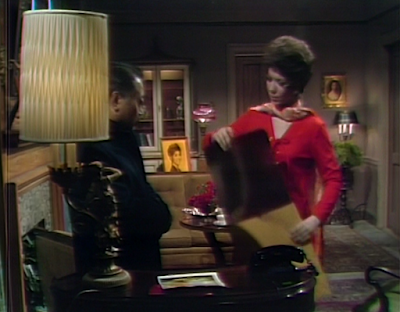 John: I can't believe that Elizabeth is letting David off the hook so easily. I thought for sure he'd come up with some antique and tell her that it was her surprise Christmas gift, and that's why Megan didn't rat him out. Instead, he stacks up the lies and his aunt knows it.

Christine: Either the Leviathans aren't too smart, or they're so cocky they think they can get away with anything. It is interesting that the numerous head shots of Olivia in her residence appear to be printed on the same color paper as Roger's checks. 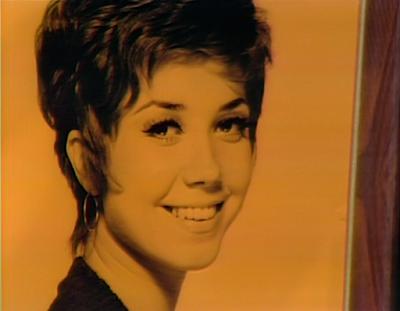 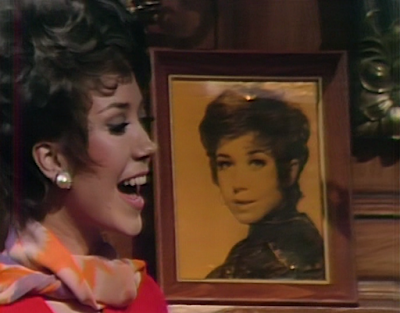 John: I love how Professor Stokes is an expert in just about everything. And yet somehow, I think we can stipulate that Amanda and Olivia's handwriting is identical without calling upon an expert.

Christine: That's why it's so great to have Stokes around. He can answer every question, solve every problem, offer talismans, antidotes, and rare herbs, all the while providing his services free of charge.

John: I'm perfectly fine accepting that they were able to x-ray the painting to determine there was another painting underneath it. But how would she know that at least part of it is a portrait. Wouldn't it all be a portrait? And if not, if Tate started a portrait, and then painted over it to do a landscape. wouldn't that also be obvious from the x-ray? I almost can't wait to see someone wipe away the front painting to show a perfectly preserved portrait of Quentin underneath...

Christine: I was inspired to learn more about X-ray examination of artwork, which would be able to determine if Tate had painted his landscape over a portrait. I rather hope that they'll discover the portrait of Angelique underneath. Wouldn't that be a surprise!