Alex runs out of Paul's room. Paul searches for him upstairs, and hears a strange breathing behind a curtain. He pulls it open to find a young girl. He asks if she's playing games with the other children. She doesn't say anything. He demands an answer, and she says, "Why did you do it, daddy," and runs away. 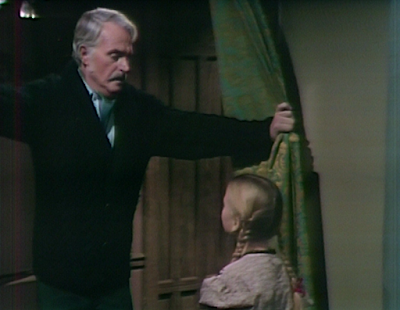 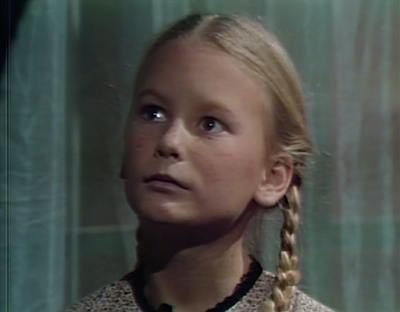 Paul searches for the girls downstairs, and asks Julia if she saw her. Julia says she saw David, but no one else. Julia asks if it was Amy that he saw, and he assures her it wasn't. He continues his search, and Julia leaves. 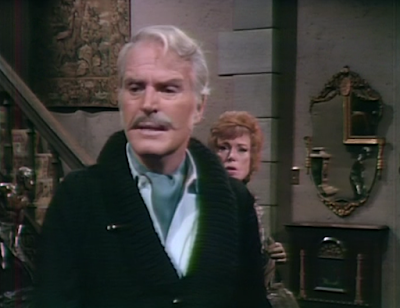 In the drawing room, he sees the picture album. He flips through it and sees the photo of Carolyn at 8 years old—the girl he just saw upstairs. He wonders if she's a ghost, but realizes she must be dead to be a ghost. He then wonders if they conjured her to torment him. He's determined to find her. 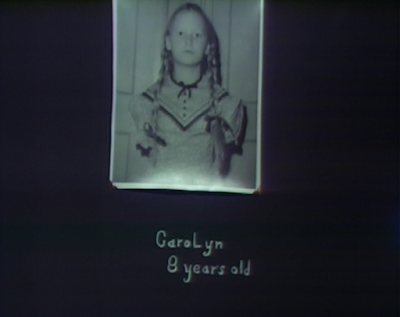 Olivia tells Chris that she's been unable to get a hold of Julia. He tells her she's been dealing with an amnesiac in the hospital. She asks his name, and Chris says it's Grant Douglas. She tells Christ to tell Julia that the owner of the gallery is coming to town. Chris asks if she'd like to have the painting back, and she says she would, until the gallery owner sees it. He tells her that he'll ask Julia. 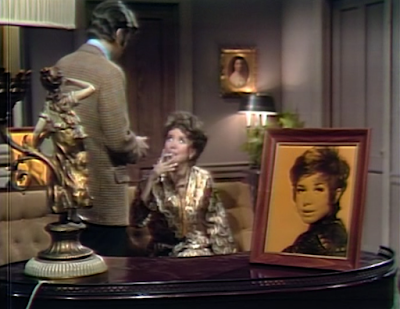 Julia tells Grant they're going to try and find out who he is. They go through the items he had the night of the accident. Julia asks him about a key. He says it's for a locker, but he doesn't know where it is or what's in it. He fiddles with a wooden puzzle, and she asks if he often does that when he's upset. She tells him that if he cooperates with her, there are ways of waking his mind. He asks what they need to do. She suggests hypnosis. 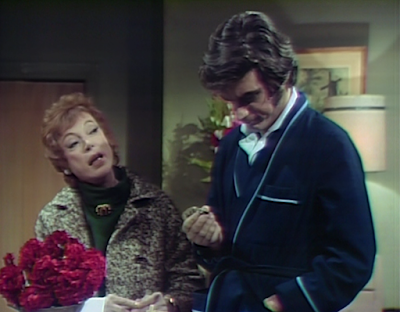 Paul has had no luck finding the little girl. He wonders if he's crazy. The young Carolyn comes into Collinwood. She tells him that she hates him for what he did. She goes into the drawing room. He follows her, but when he gets in the room is empty. 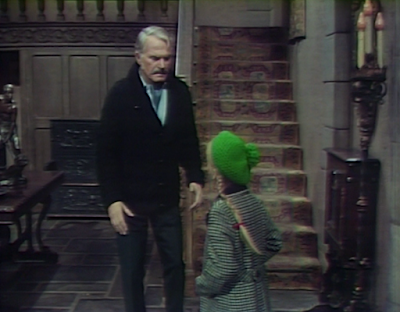 Julia prepares to hypnotize Grant. She has him look at a medallion. She asks him who he is. He screams that he doesn't know. He says he is waiting to leave; that he must go away right now. She asks him why he must leave. He says it's because of Frederick Thorne. She asks who that is. He says that it's all over. She tells him that he's right, and snaps her fingers. 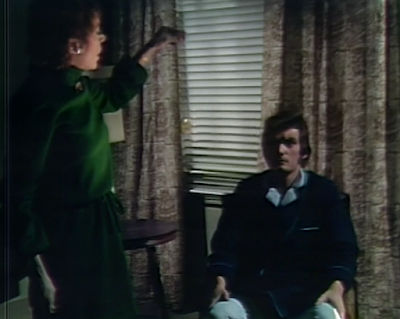 He wakes, and he asks if she has a full biography. She asks about Frederick Thorne, and he says he's never heard of him. She tells him this is just the beginning, and asks him to put things in her hands. She offers to pay for his expenses. He asks if she thinks she can find out the truth about him, and she tells him that she hopes so. 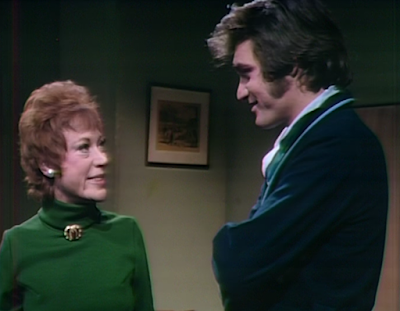 Chris is outside the room when Julia comes out. He tells her he overheard someone talking about something that happened in the X-ray department the other day. Someone had a painting x-rayed. Julia realizes that it must have been her Tate painting. She asks what Olivia is looking for. He says she called him, and wants Julia's painting to show a friend. 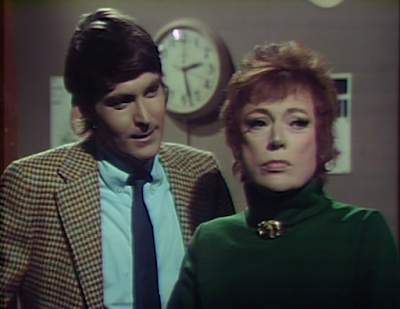 Paul comes downstairs and looks at the portrait of Barnabas before retiring to the drawing room for a few drinks. He sees young Carolyn pick up a book off the floor—Black Beauty. She tells him not to come near her, and runs into the study. Paul realizes that he's got her trapped. 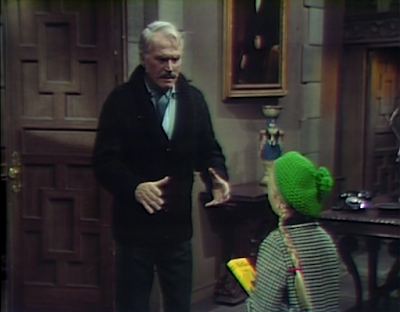 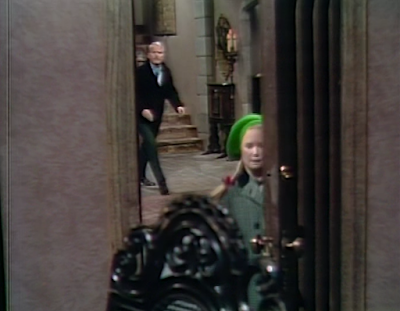 Julia returns and Paul calls her to him. He tells her he's seen the little girl twice more, and now he's got her trapped behind the door so Julia can see her. He opens the door and Alex walks out holding Black Beauty. He tells Paul hello. Paul asks where she is, and Alex asks who he means. Paul looks in the room and sees she isn't there. Alex says there was no one else in the room. Paul says that Carolyn was there. He grabs Alex and asks what he did to her. Julia stops him. 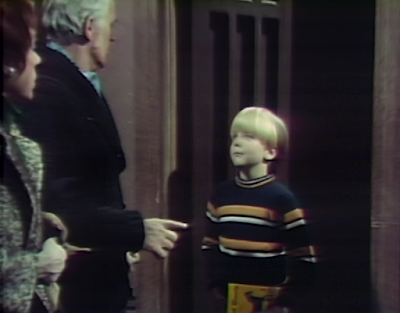 He says it was Carolyn when she was 8 years old. Julia suggests that he go upstairs and rest for a while. She says she'll take care of Alex. He asks what Alex was doing in the room, and Julia tells him that she'll find out. He reluctantly goes upstairs. After he's gone, Julia asks Alex what he was doing, and he tells her he was reading, and holds up the copy of Black Beauty. 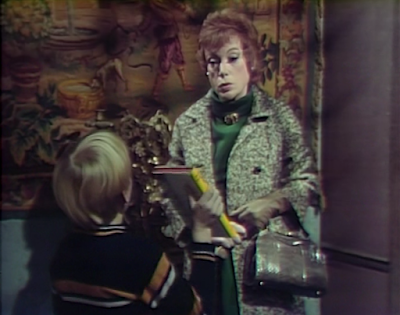 Grant continues to work on his puzzle when Julia returns. She tells him she has found him a place to live. He tells her that he's decided not to go with her. When she asks where he'll go, Olivia enters and says that he'll go with her. 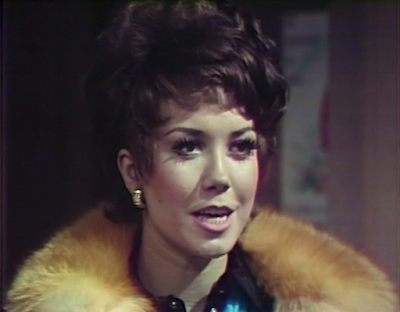 John: Well, that explains Alex wanting the photos of Carolyn as a child. Unfortunately for Paul, I think it's only time before he has a mental breakdown.

Christine: I was happy to see the return of Julia's hypno-medallion, and rainbow maker hypnosis. 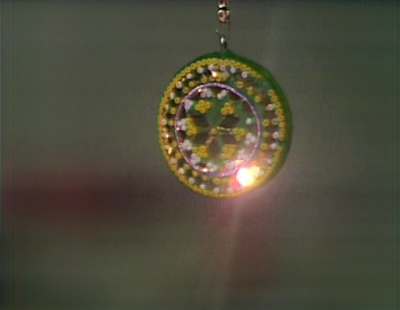 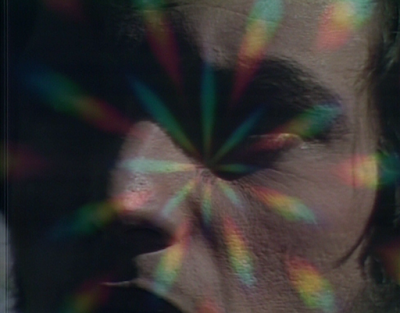 John: I thought it was amusing that a big deal of Alex holding Black Beauty wasn't made while Paul was still downstairs—something that he should have noticed. Were audiences in 1969 so slow that they literally needed little Alex to hold up the book to Julia, just in case they missed it? Of course if he has the ability to appear as anyone, you'd think the Leviathans wouldn't have to go to such great lengths to make up excuses about who he is... 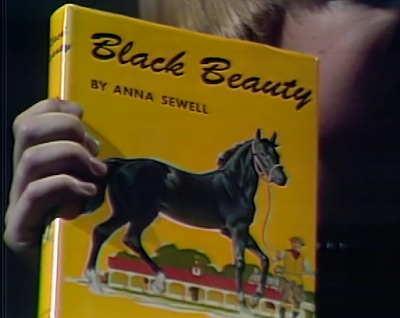 Christine: It could be there are limits to how long the Leviathan kid can make himself into a little girl.  Don't forget that the show was playing to a lot of young school children, so while audiences at the time may not have been slow witted, the writers probably wanted to make sure the kids got it. I wonder why they don't just bring Paul into the Leviathan clan, as they did David and Elizabeth.

John: One would think Olivia's coming to Grant's aid all but confirms that she and he are Quentin and Amanda from the past. Do you think Julia will try to use her painting as a bargaining chip to pry Grant from Olivia?

Christine: She may try and discover the secret of the painting herself before doing some wheeling and dealing. I hope we might get to check out the Hi Hat Lounge some day. It sounds like a very hip joint.