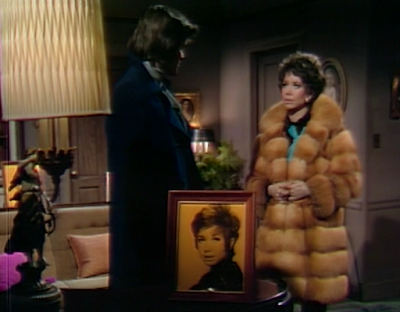 Olivia brings Grant to her room, and says she'll get a room for him as well. He asks why she's staring at him, and she says she's trying to convince herself that it isn't a dream. She asks if her face is familiar to him. He asks if they have met before. She explains that it was a very long time ago. She says she could be mistaken about him, but it would be cruel to think she succeeded only to find out that he's not who she thinks he is. He asks her why she brought him there. He decides he can't stay, and she begs him not to leave her. 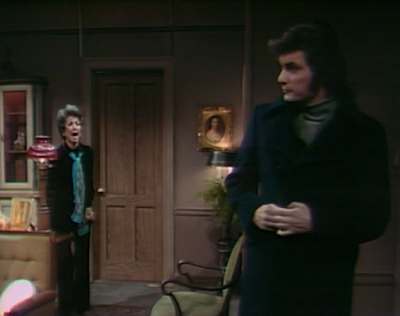 She says she'll do what she can to help him regain his memory. She says that his identification says he's Grant Douglas, but at least two people think he's Quentin Collins. She asks him to stay and let her help him. He agrees. 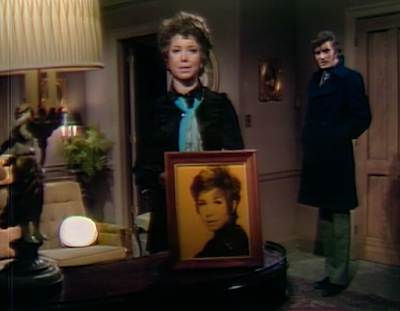 Elizabeth comes downstairs. She finds Julia in the drawing room, and says she needs her help. She says she's worried about Paul, because he insists he saw Carolyn at age 8. She asks if there's a reason he might see that. Julia says it could be guilt manifesting itself. Elizabeth says there's something from his past must be haunting him. She tells Julia to forget about what she heard him say the other day about Barnabas and others being part of a conspiracy. 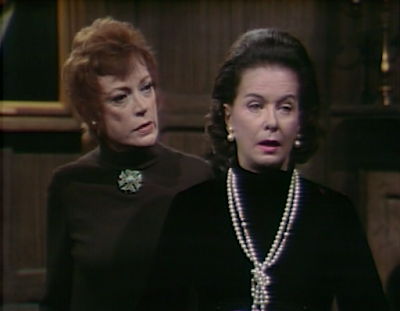 Chris arrives at Collinwood, and Julia tells Elizabeth that she'd like to continue their conversation later. Chris had her Tate painting x-rayed. Julia tells him that Grant didn't leave the Hospital with her. She says he left with Olivia. She says she must know or suspect that Grant is Quentin. She reviews the x-ray and points out that there's a portrait underneath it. Chris asks if it's Quentin, and she says his was much larger. Chris says it could have been cut down. They determine Olivia must plan to swap her original painting with a duplicate. She calls Professor Stokes. She asks him if she can remove the top layer of her Tate painting, and he recommends someone. She sends Chris with the painting to Stokes. 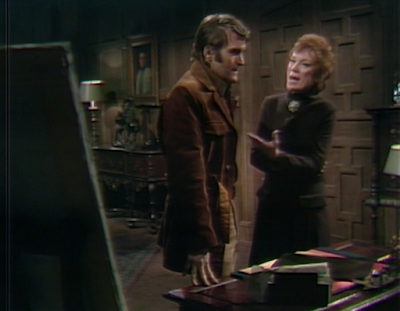 Quentin asks Olivia about her life. She says she never discusses her private life. He asks about her acting. She says she started as a dancer and singer. He is reminded of a song. She asks him to hum it. He can't. 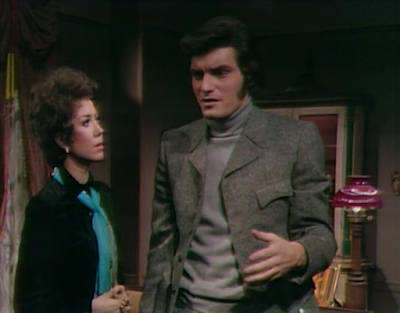 Julia arrives, and asks to speak to Olivia privately. She asks her why she brought Grant back with her. She says she knows Julia thinks he's Quentin Collins, born almost 100 years earlier. Julia asks if she wants him to regain his memory. She says she does. Julia suggests that they cooperate with each other. Olivia agrees—for now. 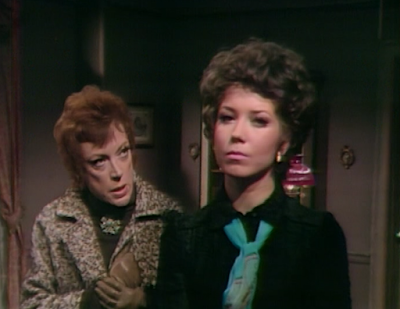 Stokes and Chris are in his home when Osmund arrives to examine the painting. He points out that Tate died 10 years ago. 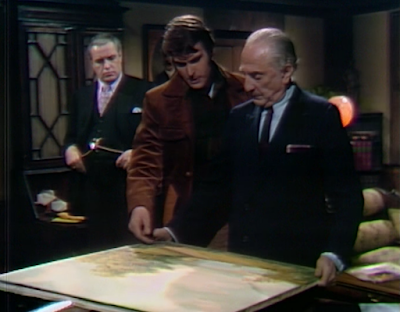 Grant comes out and Olivia says they're going to work together to help him with his memory. Julia tells him she's taking him to Collinwood. He tells her that he didn't live 100 years ago. He reluctantly goes with her. 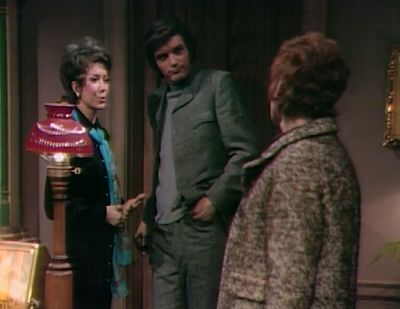 While Osmund works on the painting, Chris asks about the handwriting samples. Stokes says he thinks they are very similar, and tells him to ask Julia if he can keep the samples for a few more days. 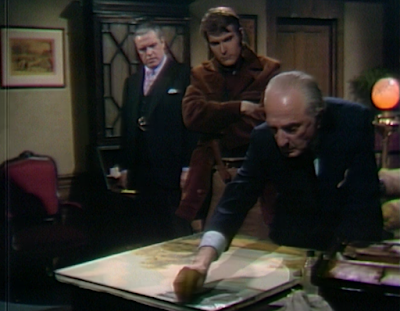 Julia and Quentin arrive at Collinwood. Impressed with the house, he says he wouldn't mind being a Collins. He stops to examine the portrait of Barnabas. Julia asks if he's remembering anything, and Grant recognized him as the man who visited him at the hospital. Julia explains that the portrait is the man's relative. 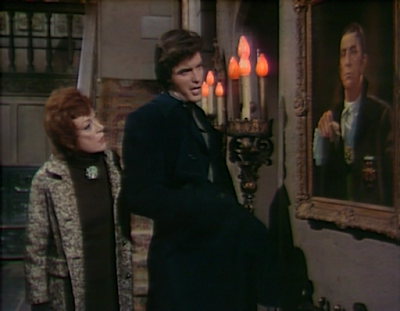 Osmund reveals the portrait, which Chris says is Olivia herself. 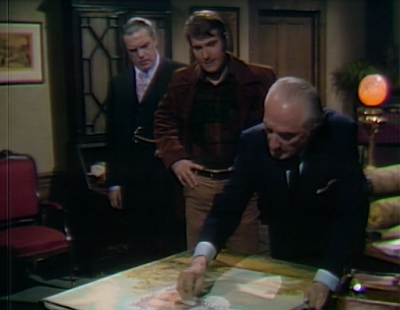 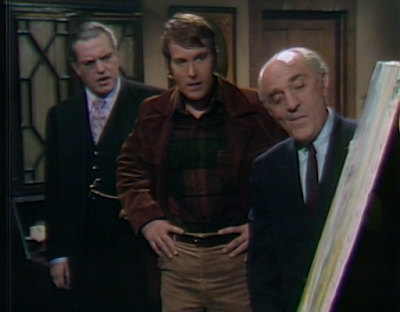 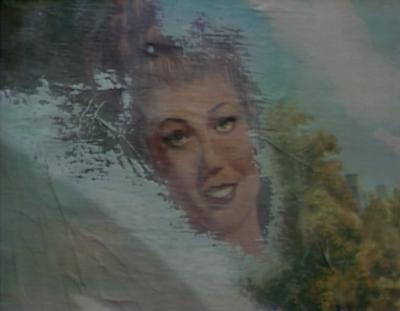 Julia takes Quentin into the West Wing of the house and asks him to look around. She asks him to sit down, and turns on his Victrola. His theme begins to play. Grant listens to it. 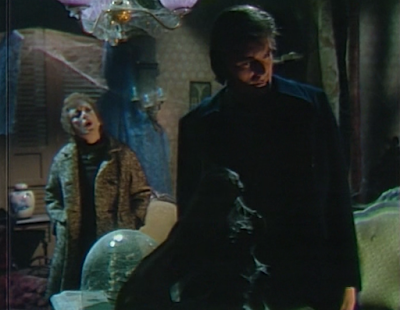 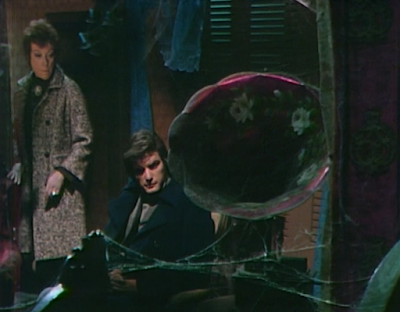 John: I was really hoping that Grant would start to hum Quentin's theme for Olivia... but I guess they wanted Julia to surprise him with the recording of that.

Christine: I was hoping he was going to break out in a rendition of Pansy Faye's greatest and only hit, "I Wanna Dance With You."

John: It looks like Grant's true identity has been narrowed down to Quentin by everyone but Grant himself. Will hearing his theme be the final push she's looking for?

Christine: I don't think Quentin's going to come out that easily. I expect his true identity reveal to drag out a little while longer. Whether he's truly suffering amnesia or has some reason not to acknowledge that he's Quentin remains to be seen.

John: So Julia now has an original Tate of Amanda. Doesn't prove anything. Olivia will say she's interested because it's her distant relative.

Christine: It must be a reproduction since Gregory Trask smashed the original in Episode 884. So, it would seem that Tate is dead, which means Chris has lost his chance at having a werewolf-curing portrait of himself painted. I wonder if Quentin's portrait will eventually be discovered under another Tate landscape.