In the cemetery near Rachel's grave, Carl hears Pansy singing. He tells her to come out. He's concerned she might be afraid to come out in the cemetery surrounded by the dead. He then comes to the realization that she may be dead, too. 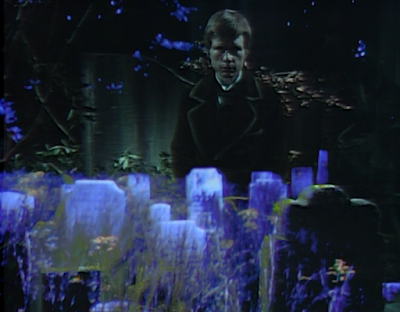 Judith tells Barnabas what happened to Rachel. He says she should have gone anywhere in the world other than Collinwood. He asks Judith why they destroy the ones they love. Judith says it was a tragic accident, and Barnabas counters that it was no accident. Carl rushes in and tells Judith that Pansy is dead. She asks where he found her, and he explains that he heard her voice in the graveyard, and he's sure that she's dead. Judith tells him that she doesn't want to hear anything else about Pansy.  Carl tells her that Pansy met with foul play. 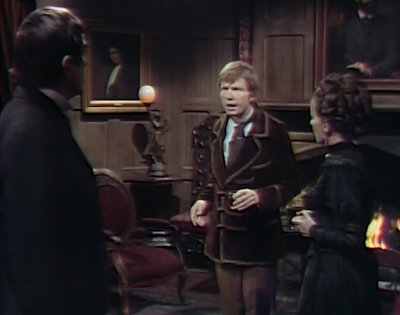 Judith escorts Barnabas out, and apologizes for his missing the service. She goes back into the drawing room. Carl points out that Barnabas couldn't get away fast enough. He reiterates that he heard Pansy's voice from beyond the grave. Judith suggests Pansy skipped town as soon as she realized there was nothing to gain. Carl says that Barnabas is his number one suspect. Judith threatens to send Carl away. 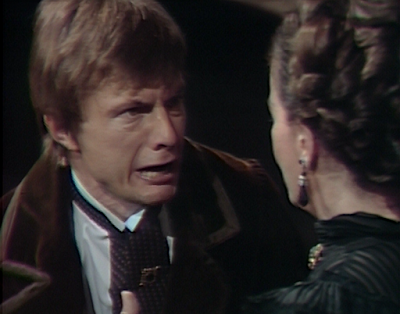 Back at the old house, Barnabas mopes. Magda shows up, and he tells her about Rachel's accident. He says he knows who killed her, and says he's just as much to blame as anyone. He says he failed her in the same way he has failed every woman he loved. Magda says she located the daughter of the old gypsy, and she too was dead. But the man she spoke to knew a way to end the curse. She shows him a box, and says the end of Quentin's curse is in the box. He tells her to spare him the gypsy nonsense, and asks her to show her what's in the box. She opens it and shows him a severed hand wearing a ring. 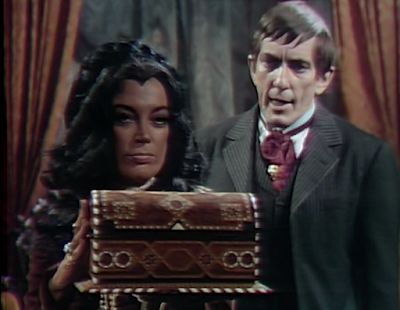 She explains that it's not an ordinary hand. She says during Quentin's next transformation, they will lay the hand on his heart and he will be cured. Magda takes the hand out and fondles it. She says an incantation, and then tells Barnabas that it's done. Barnabas doubts that the gross thing will help them at all. 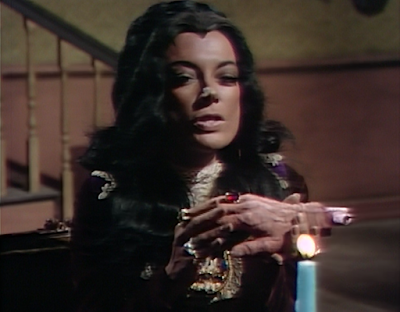 He suggests that she talked to her gypsy 'king' and they made up a story. Magda screams and says the hand moved. She tells him that he'll see the hand will work. She admits that she lied to Barnabas when she said that King Johnny gave her the hand, and tells him she had to steal it, and has to return it when they're through. 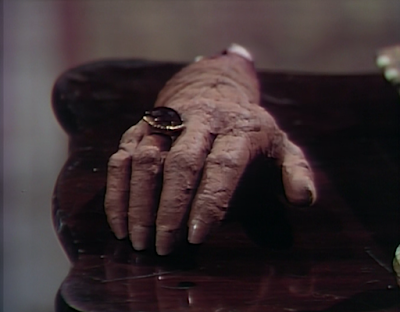 Carl sleeps and dreams of Pansy. She tells him it's her farewell performance, and that she's going away. Carl begs her to stay with him, but she says the show must go on. 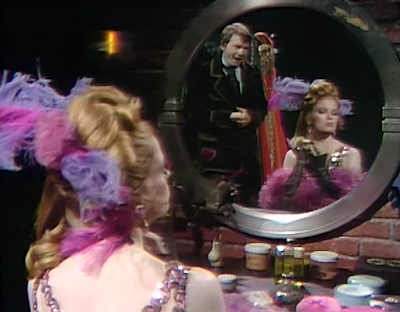 She goes onstage. Carl is in the audience with Barnabas and Judith. Pansy asks for a volunteer  to join her onstage. Barnabas refuses, but Judith agrees. Pansy asks her to concentrate on the question, and Judith says she doesn't know the question. Carl jumps up and says the question is who in Collinwood is the vampire. 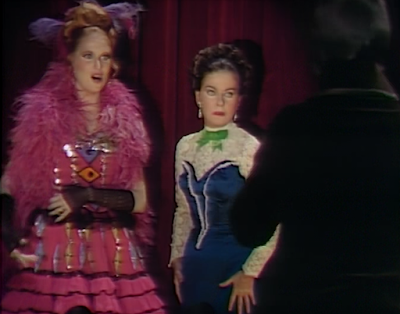 Pansy tells Judith that the vampire is not dead. She screams and runs away. Carl joins her on stage. He asks her who the vampire is. She says she'll put a picture of the vampire's hiding place in Carl's mind. He imagines the Collinwood mausoleum. She calls for her music, and resumes singing. Carl wakes with a start, thinking of the mausoleum. 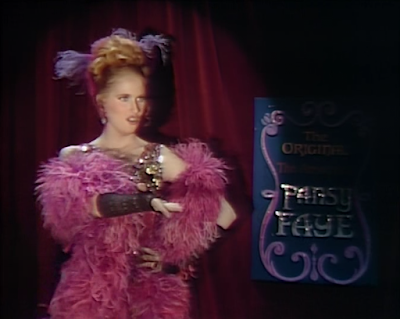 Barnabas tells Magda that now that Dirk is destroyed, there's no reason for anyone to suspect a vampire in Collinwood. He tells her he'll sleep in the mausoleum tonight, and return to sleeping in the old house tomorrow. 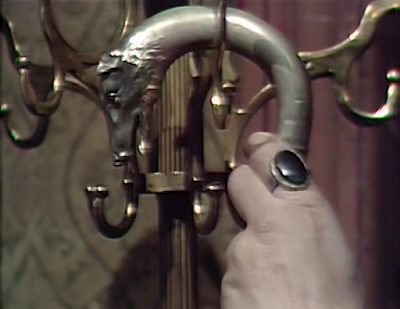 Carl makes his way to the mausoleum. He opens the door and enters. 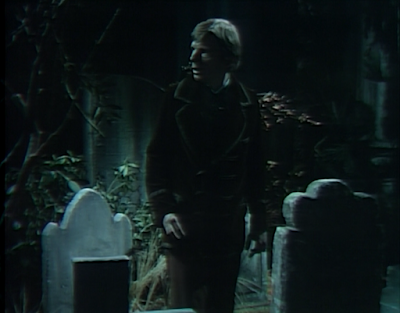 John: Nicely preserved hand that Magda brought back with her from Boston. I think a monkey's paw would have been even more appropriate.

Christine: I especially love the bones sticking out of it. We've come a long way from mannequin hands.


John:Wouldn't it have been easier for dream-Pansy to just point at Barnabas in the audience and tell Carl, "there's your vampire"?

Christine: Of course that would have been easier, but then it wouldn't be a Dark Shadows dream. They went to a lot of effort in this dream sequence, creating a flashy sign for Pansy's performance. 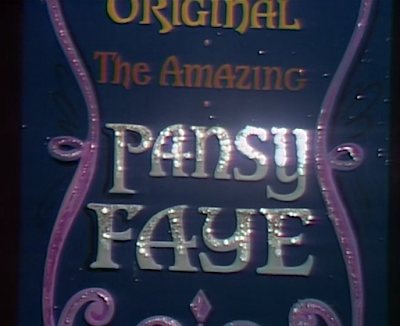 John: I'm not too worried about Carl finding Barnabas' resting place. He's not particularly threatening. Of course, it would serve Barnabas right for being so cocky.

Christine: Poor Carl. He may find it with Pansy's ghostly help, but who will believe him when he tries to tell them about it?