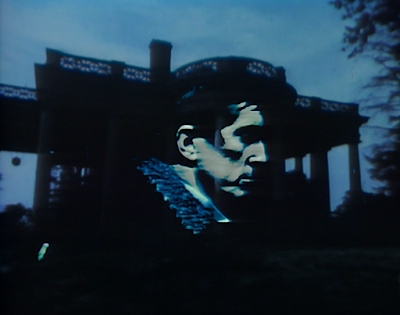 Barnabas returns to the old house to find Pansy in a chair. He puts his hand on her shoulder and she slumps over, with bloody bite marks along with a rope around her neck. 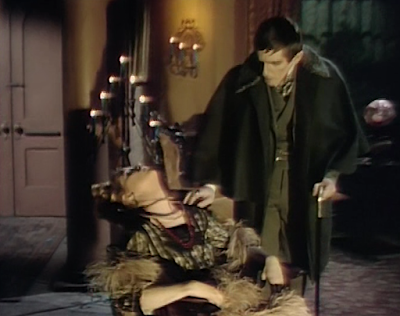 Carl arrives at the old house and asks Barnabas to let him in so he can talk to Pansy.

Barnabas moves Pansy's body into the secret room before letting Carl in. Carl asks where she is, and Barnabas says he doesn't know. He says he left her alone when he went looking for Dirk. 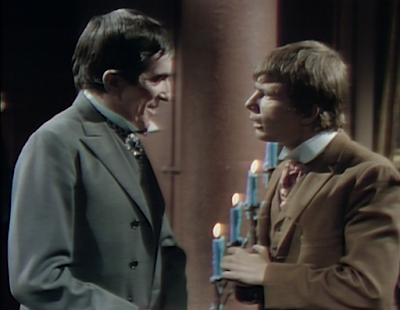 Carl assumes she ran away based on Judith's reaction to her. Carl finds her purse and realizes that she must still be in the house. Barnabas assures him that she's not. Carl wonders if something happened to her. He suggests Dirk may have gotten her. 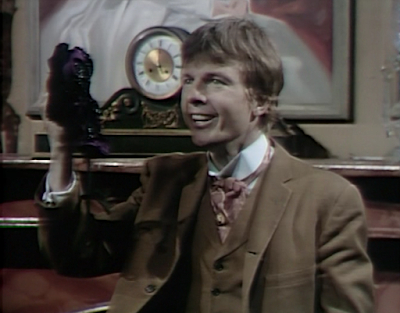 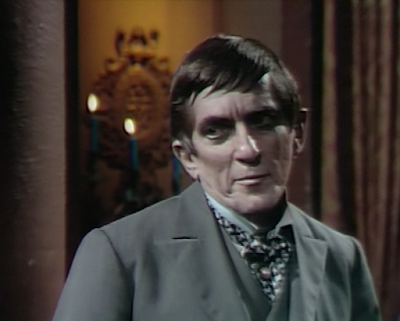 Carl explains to Charity that he's worried, and she assures him that the woman he is looking for is not there. Carl leaves and Charity goes in to see Tim. 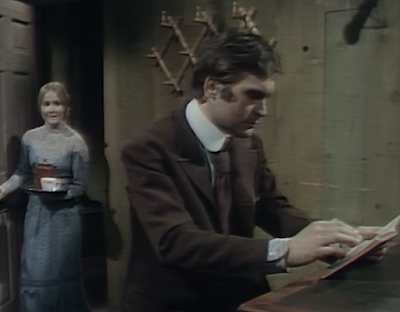 Tim continues to review Evan Hanley's book, licking pages as he goes. He randomly mentions the Queen of Spades. Charity asks what he means, and sees him looking at a vial. She asks what it is, and he tells her to leave him alone to do what he has to do. 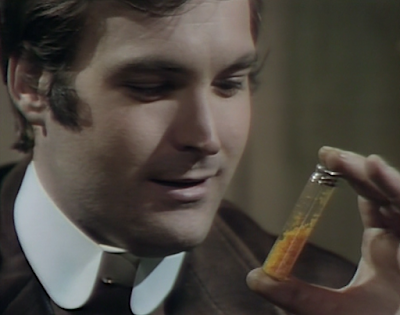 Barnabas starts to bury Pansy's body when he hears a rooster. 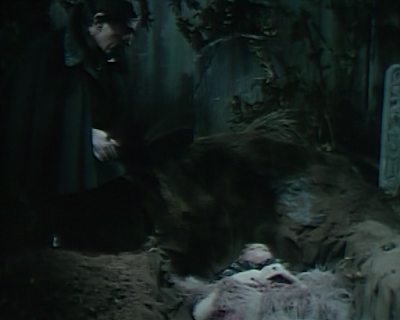 Tim is lying on his bed groaning when Charity comes in. He says he had a nightmare. She asks why he's behaving so strangely, and he says it's the work he's doing for Evan. She gives him a message from Evan and says the messenger is awaiting an answer. He opens it and it says Queen of Spades. She asks if there's an answer. Her mother bursts in and tells Charity that she has a class to be teaching. Charity leaves, and Mrs. Trask tells him that she wants what they're paying him for. 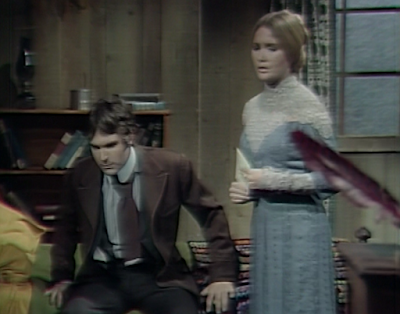 Tim says that Mr. Trask got him the work for Reverend Trask. Tim tells her to leave him alone. She says they'd be better off without him. He says they will be once he's done with Evan's job. She adds that he had better pay off the debt they owe him. He says that's not possible, due to their bookkeeping practices. She asks if he's accusing her of dishonesty, and he says he is. She says they should go see the Reverend right now, and Tim tells him he can quote what the Reverend would say, and once again tells her to get out. She storms out of the room. 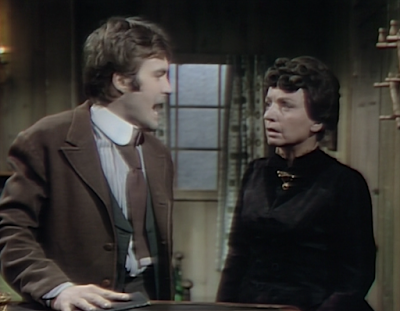 Carl returns to the old house to search for Pansy. He calls to her, and then he hears her singing. He asks where she's hiding. The singing stops. He says that she can stay with him. He hears her singing again. It stops as Barnabas returns. Carl demands to know where Pansy is, and Barnabas says he doesn't know where she is. Carl says he heard her singing, and Barnabas says that's only his imagination. He says he knows she's not there, and Carl accuses him of knowing where she is. Barnabas asks why he would keep her as a prisoner. Carl wonders if he's going crazy. He says he went to the cottage, into Collinsport, and even to the school, but she's still missing. Barnabas reminds him that Dirk is, too. Carl says they must find him, and Barnabas agrees. 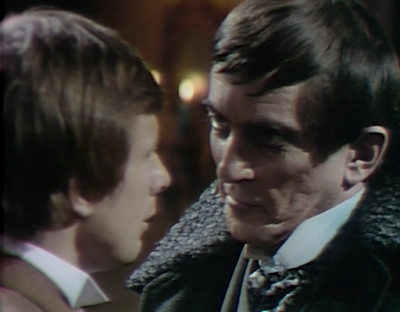 Mrs. Trask is writing a letter when Charity comes in. She asks her daughter what she thinks of Carl Collins. Charity says she doesn't think of him at all. 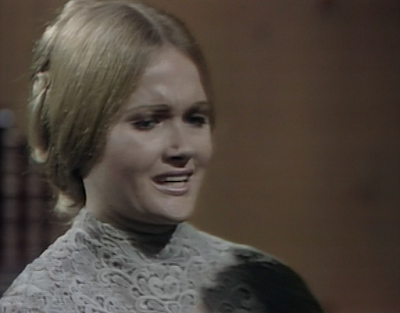 Mrs. Trask says it's time to start, as Tim is not the right man for her. She tells Charity that she thinks it's time to end her engagement. Charity says that there is someone else she's interested in—Barnabas. Mrs. Trask says her instinct is correct, but Barnabas is only a cousin and she needs to focus on one of the brothers. There's a knock at the door, and she says that's Tim, who she's asked to come see Charity. She tells her to break the news to him, and leaves. 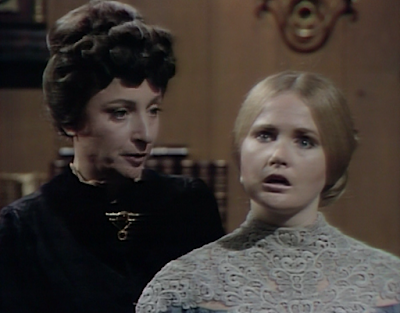 Charity tells Tim that she's in love with someone else, but more importantly, she's not in love with him. He asks if her mother told her this. He offers to apologize to her. Charity says that's not the reason, and says she cannot marry him. Mrs. Trask returns and tells them both to go say goodnight to the children. after they're gone, she takes out a deck of cards . 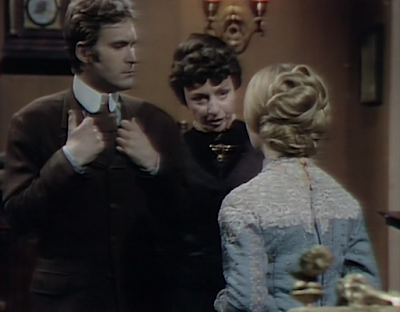 Tim returns and finds Mrs. Trask playing cards. She's startled, but he tells her he knows she plays. She explains that no one is absolutely perfect. He says he has come to apologize. She says that he has gotten her upset, and slams down the last card, revealing the Queen of Spades. He offers to refill her cup, and pours the nightshade into it. He gives it to her, and she tells him he can go. He says he wants to be sure that her tea is alright. She lifts the cup to her lips. 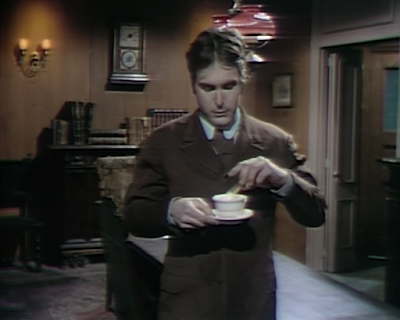 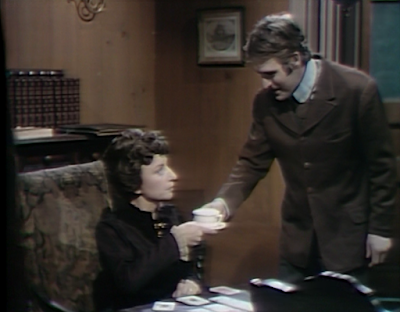 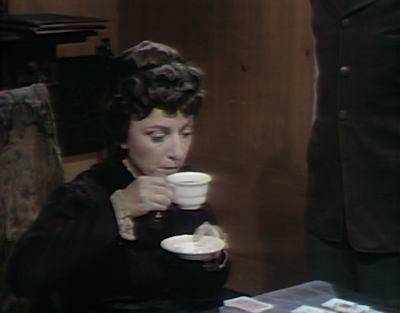 John: What the hell? Where did that rope around Pansy's neck come from? And what did it signify? 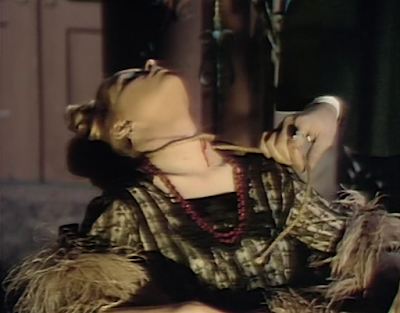 Christine: It signified that someone on the writing team thought the audience might wonder why she didn't become a vampire as Dirk did after being bitten, so they added in some rope burns to prove she died by strangulation before she could transform. Either they didn't think the audience would remember or would not care too much if they did.


John: Why would seeing the words Queen of Spades have any effect on Tim? If someone were to say the words, would that trigger Tim's murderous behavior? 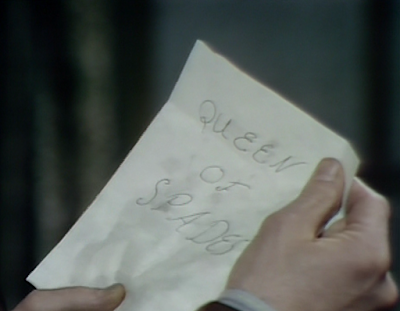 Christine: Tim commented that Evan told him he would receive the message when it was time to kill, so perhaps he was programmed to be triggered by the note.

John: Boy, they spent a lot of time setting up the Queen of Spades to get to this point. How would Evan know that Tim would not only find Mrs. Trask playing cards, but also that he would see a particular card? It is interesting to think that Trask orchestrated the murder of his wife. One can only wonder what salacious motive he might have. 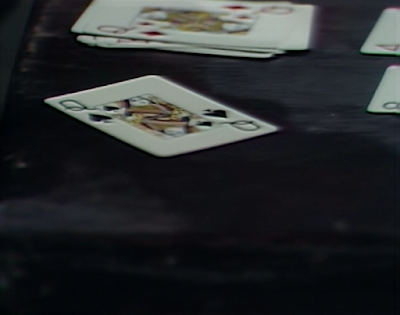 Christine: It certainly was amazing the way the whole sordid plan came together so neatly. Maybe he's hoping to coerce Rachel Drummond into marrying him.