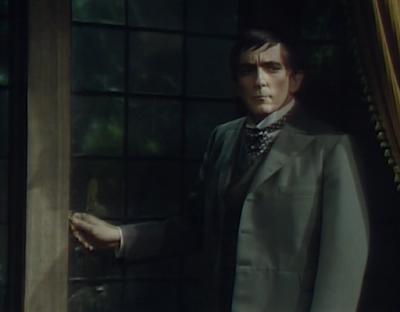 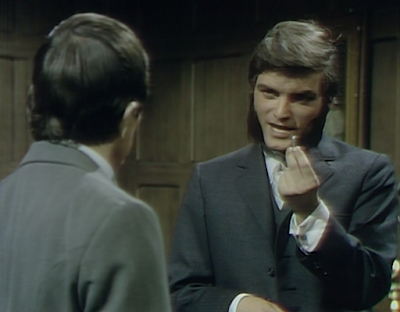 Beth returns to Collinwood and Quentin asks her where she was. She says she brought some things to a friend in town who was ill. He tells her to meet him in the cottage in one hour. She asks if they can talk in the house, and he says what he has to talk about is too important. She agrees to meet him. 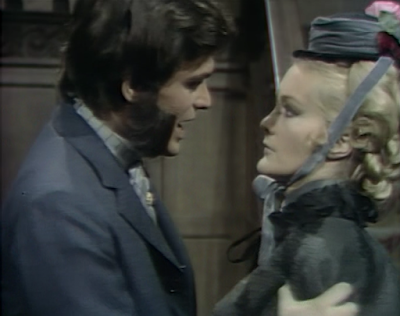 Judith comes downstairs and glares at Quentin. He tells her to stop staring at him like he's some kind of exhibit. He storms out, and Judith goes into the drawing room and asks Barnabas if he knows what's wrong with Quentin. She asks Barnabas to look in on Jamison, unaware that Dirk is watching from outside the garden window. Barnabas goes upstairs, and Dirk sneaks into the drawing room. 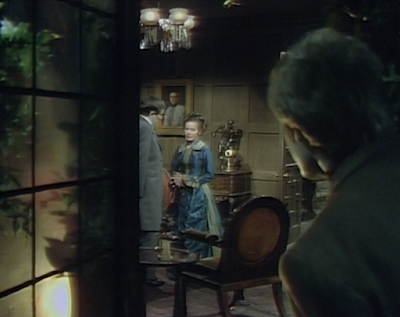 Judith asks where he's been for the past three days. He smiles, appearing to be in a trance, and says he's doing just as Laura told him. He gives her the letter and tells her to read it carefully, noting that it's about Barnabas Collins. 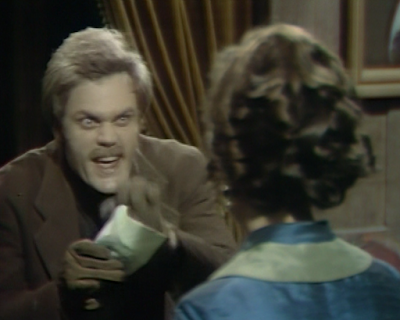 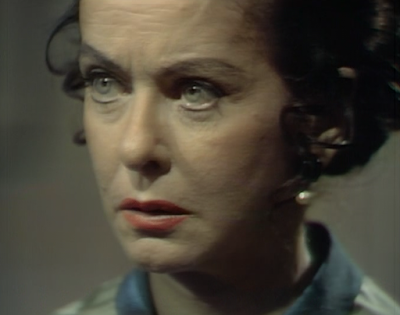 Judith asks him when Laura gave him the letter. He says that Barnabas tried to kill Laura, but she escaped, and will be back. Judith tells him that Laura is dead. Dirk asks her who told her that. He says that Jamison and Laura know that Laura's not dead. He goes to get them, and Judith tells him not to speak to them. He says he only does what Laura says, and Judith fires him. He turns to her and says she always hated Laura. He approaches Judith and grabs her throat. 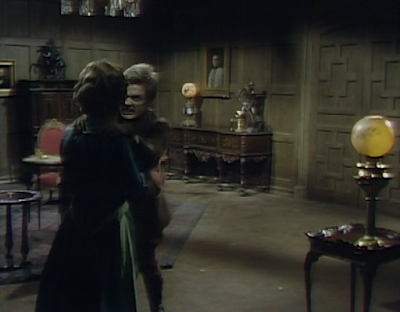 Barnabas comes in and tells Dirk to leave immediately. He does, reluctantly. Beth comes downstairs to find out what's wrong. Judith explains that he's mad. She says he gave her a letter from Laura about Barnabas. She shows it to him, and he sees that the pages are blank. Judith goes up to her room, and Barnabas tells Beth that he will need her at the old house in about an hour. 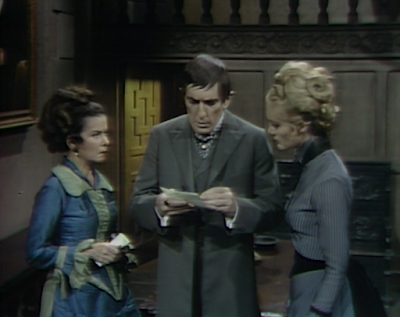 Dirk speaks into the fireplace, trying to conjure Laura. He explains that he did what she asked, and now Judith knows all about Barnabas. He asks why she's still hiding from him when Quentin comes in and tells her that she's gone. Dirk says he's trying to fool him. Quentin says Dirk's fooling himself. Dirk says it's time that he avenge Laura, and attacks Quentin. Beth comes in and tells Dirk to leave, or she'll tell Judith. Before leaving, Dirk promises he'll be back. 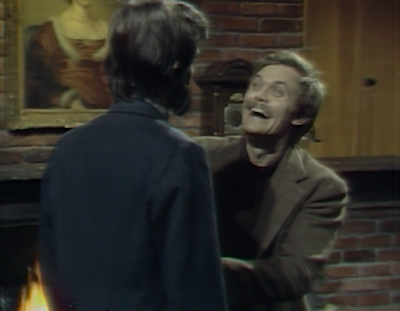 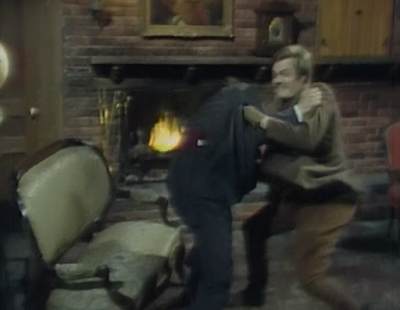 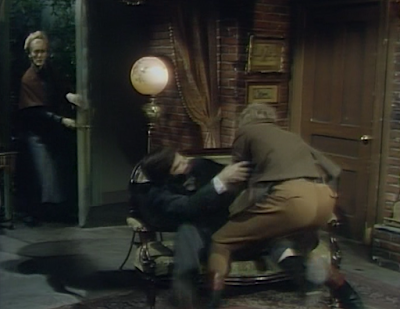 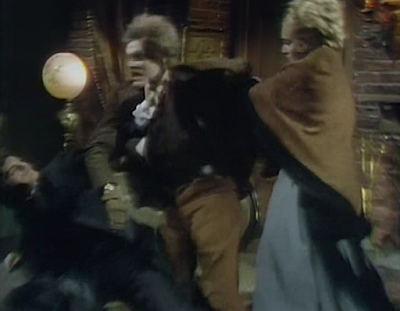 Once they're alone, Beth asks Quentin what's wrong. He asks if Dirk is mad or just pretending. And then, he asks if Beth loves him, or if she's just pretending. He says he wishes he could have a mirror that would allow him to see the truth about people. He says he'd also like to see Barnabas in that mirror. He tells Beth that she knows what he looks like in that mirror, and she knows how to kill him. 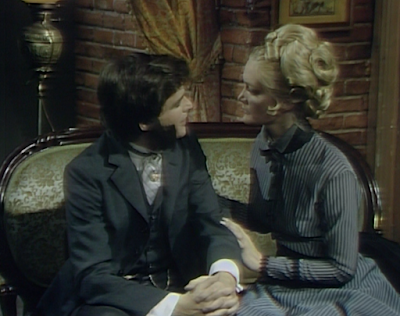 She asks how he could accuse her of wanting to kill him. He says that a silver bullet was found outside of Collinwood. Of all the people who know his secret, he says that he doesn't think it was Barnabas or the gypsies, which would mean it was hers or Evan's. She says she still loves him. He asks if she can, knowing his secret. She says he's wrong, and that she wouldn't lie. He slaps her, and says that he knows the woman she says she went to care for in town died five years ago. Beth says she's confused. He shakes her and asks if she wants to kill him. He sees the marks on her neck, and she claims they're from a cat. She begs him to believe that she loves him, and will never hurt him. She asks him to promise that he will never hurt her. 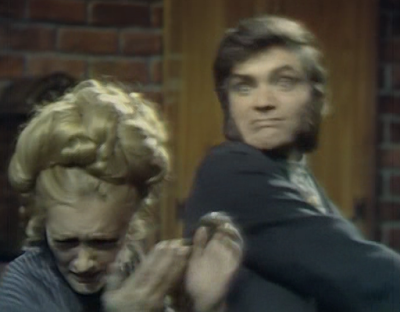 Barnabas talks to Beth, who says Quentin accused her of wanting to kill him. She says she almost told him about the children. She says he also saw the marks on her neck. She says there's no one she can turn to, and Barnabas says that she can turn to him. She falls under his spell, and he tells her that Magda and Sandor have gone to Boston, and while they're away, she must guard him. He gives her a gun, and she says she will be watchful. He goes downstairs, and she sits in the drawing room, gun in hand. 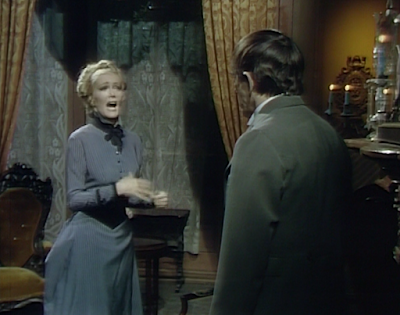 Dirk comes into the old house. Beth asks what he's doing there, and he says he's there to see Barnabas. Dirk says she's his watchdog, and he knows Barnabas is down in the cellar. She points the gun at him at threatens to shoot him. He grabs the gun from her and turns it on her. She says he'll be killed if he goes downstairs. Dirk says he's been downstairs, but he doesn't remember what he saw. He heads down into the cellar. 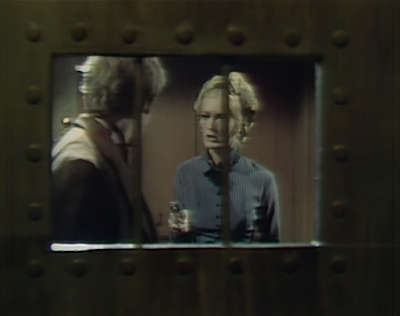 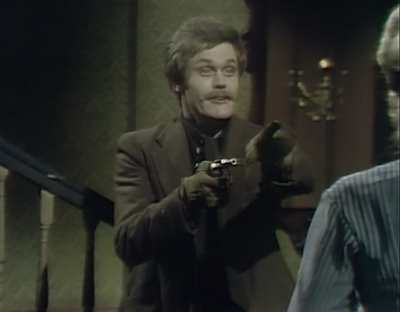 Dirk finds the coffin, and recalls being in the cellar. He remembers the coffin was empty the last time he was there. Dirk says he's going to kill Barnabas because he loves Laura. He opens the coffin and Barnabas grabs him. Dirk steps back and unloads the gun into Barnabas, who slumps over in the coffin. 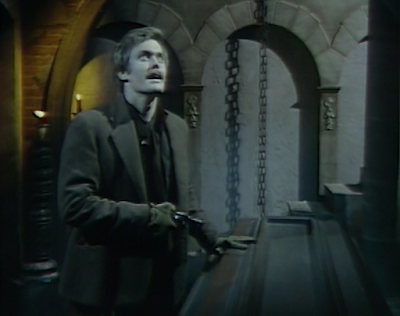 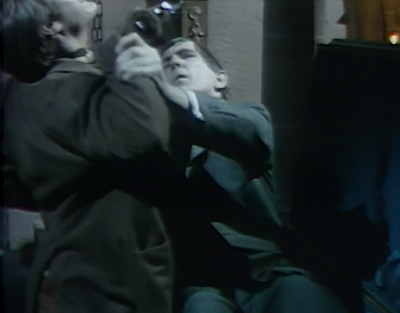 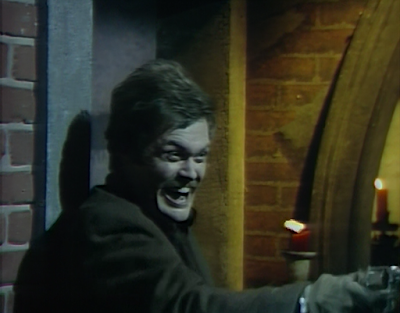 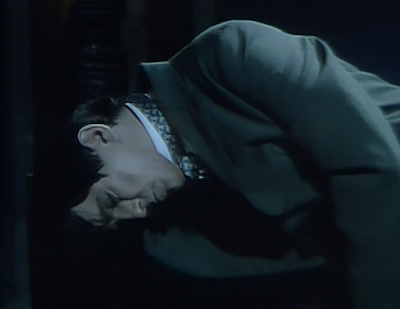 John: For reasons beyond explanation, Dirk is doing his best over the top Renfield impersonation today. I wonder if it's the side effect of being manipulated by a vampire, a witch AND a phoenix.

Christine: Say what you want about Roger Davis, but he really knows how to make an impression. Crazy face Dirk is one of the more frightening things I've seen on the show. 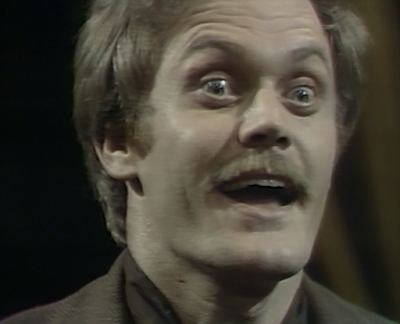 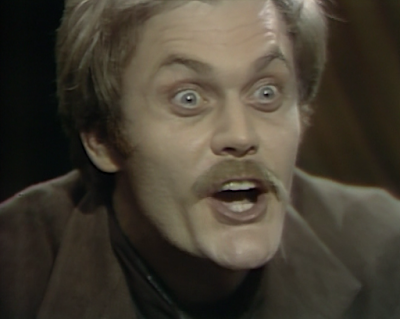 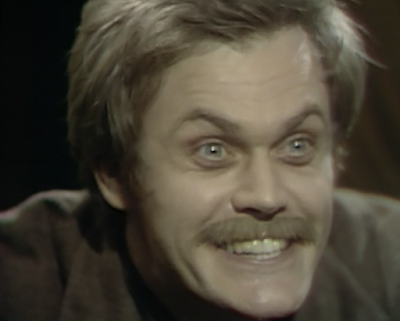 John: Poor Beth. Trying to help Quentin out, and all she gets is more abuse. Maybe she should look into getting some of her own silver bullets.

Christine: Poor Beth nothing. She got involved with her mistress' husband who is a big jerk. While she doesn't deserve the abuse, she should have known nothing good would come from hooking up with a guy who uses and abuses women.

John: Beth wasn't much of a watchdog for Barnabas, not only letting him through, but by arming Dirk with the gun he'd shoot Barnabas with. Fortunately, it's safe to assume that the gun in this house isn't loaded with silver bullets. Wouldn't it be nice to see Dirk taken out in a nice vampiric rage?

Christine: Crazy Dirk is one thing, but crazy vampire Dirk might prove to be more than the show can handle. Then again, he'd probably protect Barnabas far better than Beth. On an unrelated topic, I wonder where Carl Collins has been all this time.