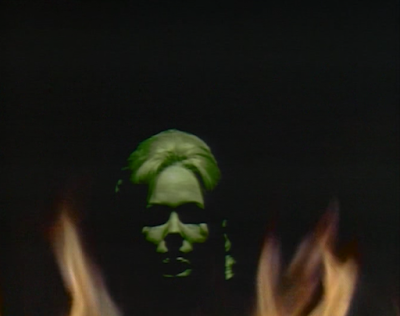 Evan tells Sandor to find Jamison. Quentin tells Evan that they've gone too far. He points to the flames and in it they see a woman's face. The face smiles and laughs. 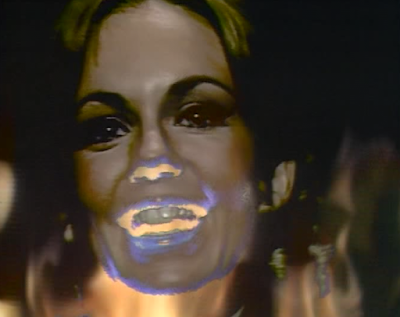 Evan says she is not the one they expected, and asks who she is. He says they summoned her, and can send her back. The woman asks what time it is, and Evan says it's midnight. She asks what year it is, and he tells her 1897. She says a great many years have passed. 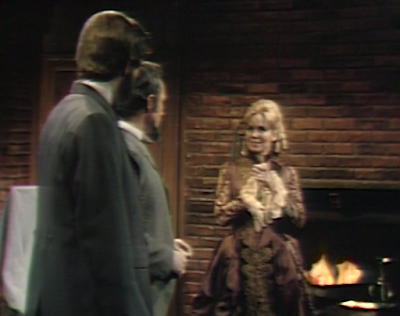 Evan asks who she is again. She says she is the one he sent for, and asks who they are. Evan introduces himself as a lawyer, and Quentin introduces himself as a man of larger expectations than life has offered him. She seems enamored with Quentin. He tells her she's in Collinwood. She asks what life has not yet offered him that he plans to take for himself. He says he has an enemy named Barnabas, and she completes his name. She says she is grateful to him for bringing her there, as they have the same enemy. Evan says they can't trust her yet, since they know nothing about her. She says she has powers she would be happy to demonstrate for him, including the ability to control people. He starts to talk but begins to choke. Quentin asks what she's done to him, and she says nothing more than what she does to friends who annoy her. She adds that he should see what she does to her enemies. Quentin asks her to release him, and she does. 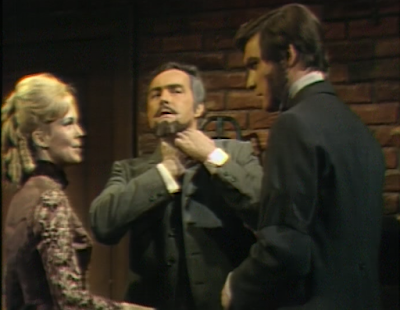 She says the cottage is a nice place for her to stay. She tells Quentin that her name is Angelique. She agrees to say nothing about their ceremonies, and they will say nothing about her. Evan starts to talk, and Angelique tells him to be quiet. Quentin thanks her, and suggests that they find another place for her, to avoid trouble. She says they never should have sent for her if they wanted to avoid trouble, and then disappears. 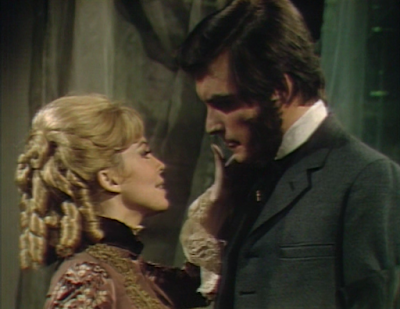 Evan and Quentin finish searching the cottage and find no trace of Angelique. Quentin says that she agreed to help them, and Evan says he's naive. Sandor comes in and Quentin starts to ask him if he saw someone, when Evan interrupts him and says, "the boy." Sandor asks about the ceremony, and Evan tells him it was a failure. Sandor asks who or what might have been outside, and they tell him to stop asking questions. Evan then asks when he will be done forging the will. Sandor says he will do it soon. They send him off, and tells him not to listen at the door. Quentin says perhaps they imagined her. He thinks if she does see something, and claims to be one of his women friends... Evan says they should fight Barnabas without her. Quentin says there's no way to send her back. They hear her laughter fill the room. 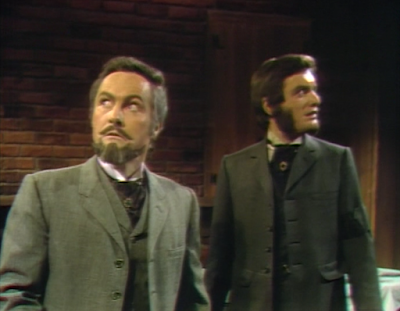 Sandor works on the forged will when Barnabas enters. He asks what he's doing, and Sandor says it's an old gypsy game. Barnabas asks to see it and takes the paper from him. Sandor says he couldn't help it. He says that if Barnabas forgets it, he will forget it. Barnabas says the people that hired him won't let him forget it. Sandor realizes that he will end up in jail, disgraced if Barnabas goes to the authorities. Barnabas says he's remarkable, but he needs guidance. Barnabas burns the forged will. He picks up Josette's music box from the mantle, and leaves the room. 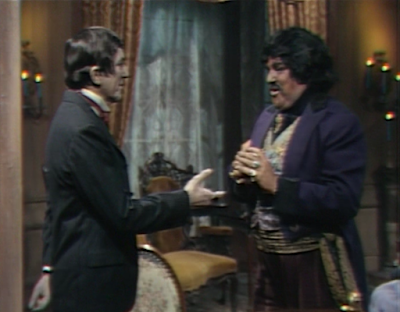 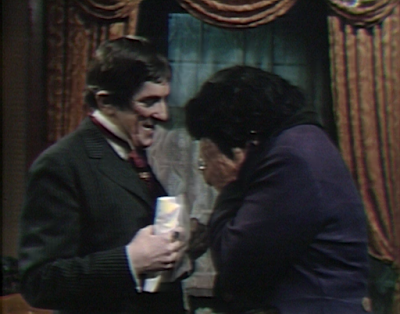 The curtains blow open. Several things are knocked down. Angelique appears and looks at the portrait of Josette. She tells the portrait that she hates her. 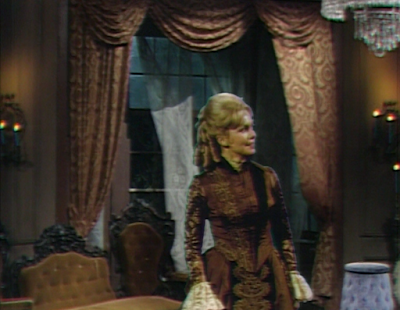 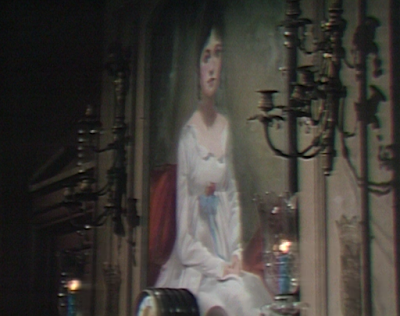 Quentin and Evan are outside the main house. Evan says he's leaving him at the door of what will soon be his house. Quentin says that will be true only if Sandor does his job. Quentin asks Evan what Angelique wants of them, since it's not money. 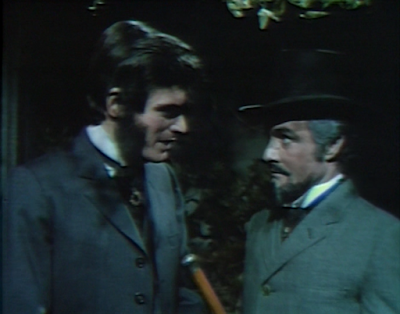 Rachel is sleeping in the drawing room when Quentin sneaks in and startles her awake. She says she was out walking, and he presses her to find out if she saw anyone else. She says she did not. Quentin notices Barnabas watching over them. Rachel is embarrassed. Quentin says he is prepared for bed, and Judith has already retired, so he's out of luck. Barnabas explains he was there to see Ms. Drummond, and Quentin tells him that he should find some brandy, and pour some for Rachel—Ms. Drummond, as well. 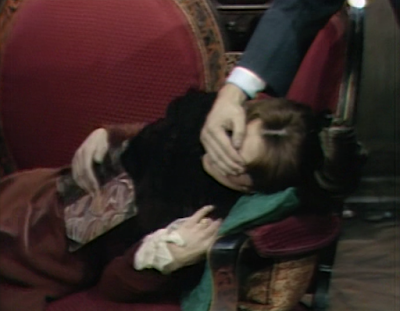 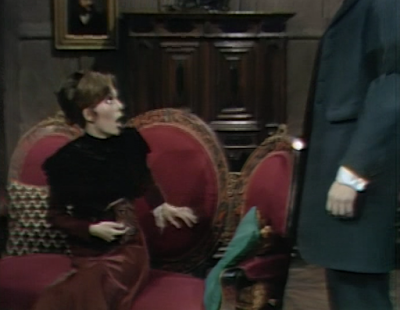 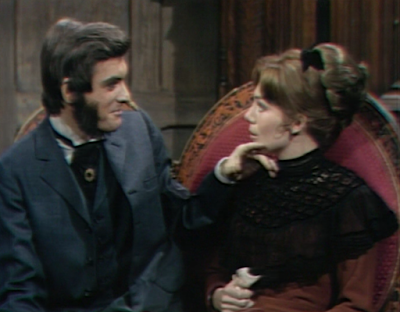 Barnabas gives her the music box, telling her it belonged to Josette. She says that it's lovely. She opens it and the music plays. Angelique watches from outside. Barnabas goes to the window, but sees no one. He tells Rachel that he loved Josette very deeply. Rachel says that she lived a long time ago. He says she was loved deeply by his ancestor, and he feels a kinship with him. 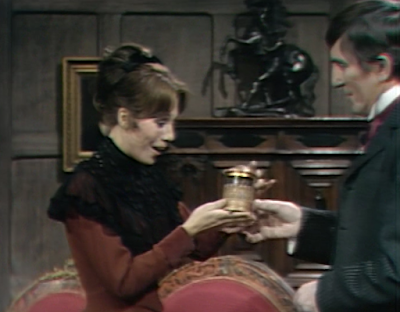 Angelique returns to the cottage and rummages around, looking for something. She grabs a piece of yarn.

Rachel asks what happened to Josette, and Barnabas explains that she died under strange circumstances.

Angelique has fashioned a doll from the yarn. She says she's not as pretty as Rachel, but she'll make her suffer. 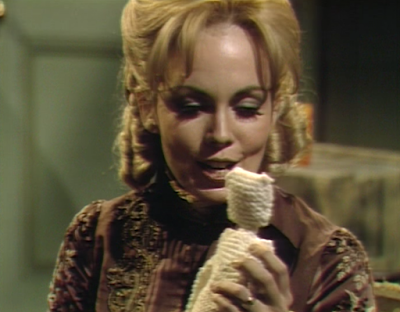 Rachel asks what happened after Josette died, and Barnabas says his ancestor was convinced he would find her again.

Angelique pulls the yarn tightly around the dolls neck. 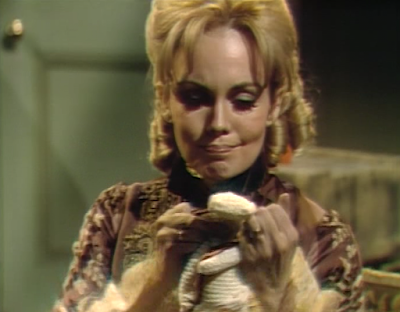 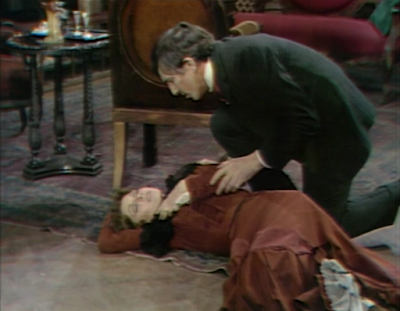 Angelique whispers to the doll. 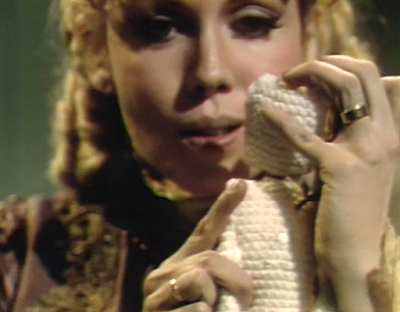 Rachel says, "Widows' Hill," and "Please don't let it happen again." Barnabas realizes she might be the reincarnation of Josette. 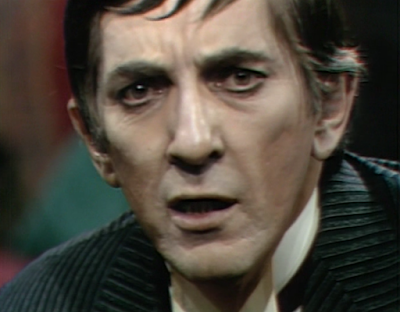 John: I love how Evan introduces himself as a lawyer to the creature they summoned from the depths of hell, and proceeds to treat her as if she is somehow legally beholden to him. And even funnier, she seems to be aware of what a lawyer is and deals with him accordingly.

Christine: It's interesting that she treats Evan Hanley with the same disdain Nicholas Blair had for her.

John: So if Barnabas found Sandor forging the will, wouldn't that mean he would also have the original will? Was Barnabas really so caught up in trying to woo Rachel that he's completely forgotten what's going on in Collinwood?

Christine: Yes, it's too bad he didn't think to get the original will and use it to expose Quentin's nefarious plan, which would have caused Quentin to be banished for good from Collinwood and may have prevented whatever occurrence led to his being locked in the West Wing, turning into a vengeful ghost, and threatening the life of David Collins. With his mission accomplished, Barnabas could return to his own time, which would mean letting go of his chance to finally reconnect with a Josette lookalike. Is he caught up in his obsession, or is he deliberately dragging his feet to extend his time there while David's life hangs in the balance?

John: So Angelique is back. It's not completely clear what awareness she has of past and future events. She didn't seem to recognize Evan, the spitting image of Nicholas Blair, but I'm not so sure that comings and goings from the depths of hell always happen in a chronological fashion. One skill she seems to have improved on since we last saw her (chronologically, anyway) is the speed at which she can craft a voodoo doll. Of course it was funny after appearing and disappearing that she had to physically run back to the cottage!

Christine: She certainly is resourceful! A lot has changed since 1795 when a witch actually had to procure a personal item to cast spells with a poppet. Of course if we have learned anything about this witch by now it's that she can do anything she wants to.

That line above is "classic" Angelique.