Quentin watches from the shadows as Judith leaves Edith's room. He goes in, and his grandmother asks if it's Edward. He says it is, but she says she recognizes Quentin's voice. He tells her that she is going to die tonight, but first, she's going to tell him the secret. He threatens her, but she says the secret will pass from her to Edward and no one else. He says that Edward may be deprived of the secret, to which she responds that he will regret that. Judith walks in on him and demands that he leave their grandmother alone. Quentin leaves, and Edith tells Judith that he will always be a bully, and that he will be dealt with when the time comes. Judith asks her if Edward doesn't get back in time, perhaps she should tell her the secret to pass on to him. Edith reiterates that Edward is the oldest, and the only one to know. She adds that Judith is better off not to know. 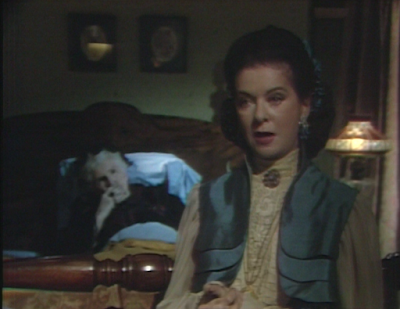 Quentin drinks in the drawing room, and throws his glass in the fireplace as Judith walks in. She tells Quentin that she will tell Edward what he did. He suggests that hers is an old refrain. She says he does his best to hide his fear of Edward, and Quentin counters that Edward wouldn't inspire fear in a mouse. 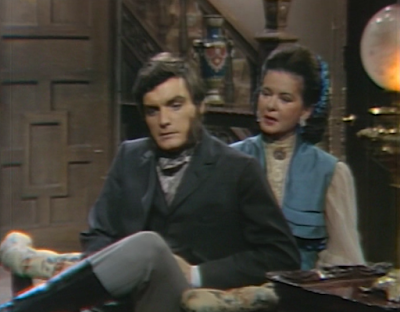 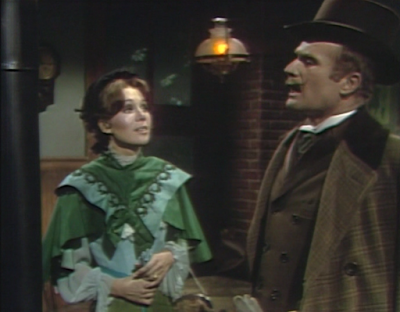 There's a knock at the door of Collinwood, and Quentin lets Barnabas in. He says he'd like to tell Judith that the old house looks quite suitable. Quentin says that it will be up to Edward. From upstairs, Judith says that she has enough say in things. Barnabas asks if he can speak to Edith, as he would like to give her a gift; an heirloom that belonged to Naomi Collins. Quentin asks to see it. He opens a case to see a necklace. He asks Barnabas how he came across it. Barnabas says it came over with the original Barnabas. Judith says he can speak with Edith, but only briefly. They go upstairs, and Quentin hears Edward's coach arrive. He goes into the drawing room and closes the door. He downs a quick drink. 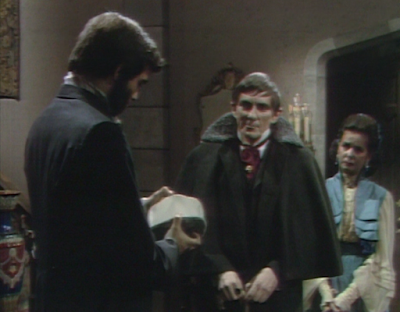 Miss Drummond and Edward enter the house. She seems impressed with it. Edward says the servants are all hiding when Quentin appears from the drawing room. He is infatuated with Ms. Drummond, who he realizes must be the new governess, as she's too pretty to be his new wife. Edward asks what he's doing there, and Quentin tells him he's living there. 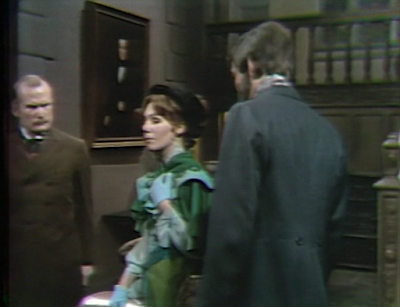 Edith asks Judith if Edward has arrived yet. She says he hasn't, but there's another distant relative to see her.

Quentin introduces himself to Rachel Drummond. Quentin asks if she's married, and Edward asks her to excuse them. They retire to the drawing room. Edward reminds Quentin he was banished from the house, and his banishment still stands. He gives him 24 hours to get out, and threatens to kill him if he doesn't leave. Quentin tells him that he will not get out, and that Edward will not kill him. Quentin says he was invited back into the house by their grandmother. Edward calls him a liar. Edward assumes he tried to get the secret from her, and he admits he failed to do so. Quentin says it was Jamison who convinced her to invite him. Edward refuses to believe it. 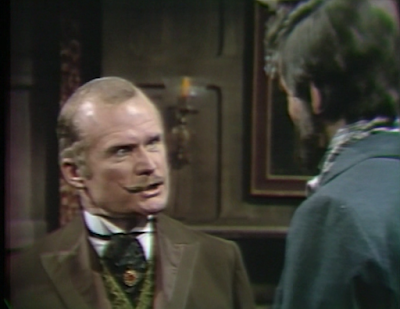 Judith prepares Edith for her visitor. Judith brings Barnabas in, with the lights low. Edith asks Judith to open the drapes wider. She says she sees a coach downstairs, and it must be Edward. She sends her to get him immediately. She then asks the man his name, and he says it's Barnabas. She asks him to come into the light, and when he does, she points at him and says that he is the secret. Passed down between generations, he was never to be let out. She says that she knows what he is. She says that Edward must take him away. 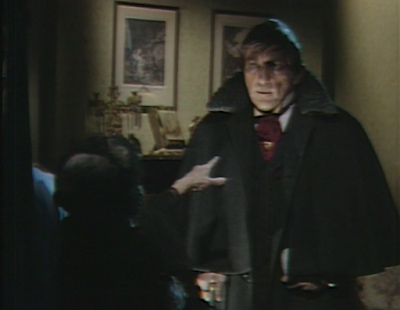 Edward knocks on the door and enters. He asks Barnabas to leave them alone, and Barnabas steps into the hall. He says she must tell him the secret, as Barnabas listens outside the door. 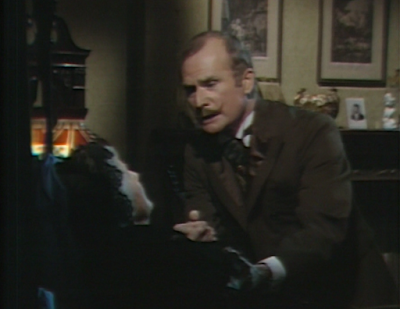 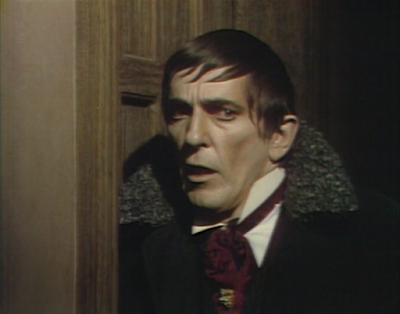 John: It would seem that attacking grandma would be enough to get Quentin banished from the house, if he hadn't already been banished. We'll see how he weasels his way out of this, because he's obviously going to be around for a while...

Christine: He will probably bully his siblings into letting him stay. He surely seems intent on harassing all the females in the house while he's there. I think it can lead us to reasonably suspect the cause of his banishment may have been a dalliance with his brother's wife.

John: Judith gets a good dig on Quentin when she tells him that the sight of a gentleman might do their grandmother good.

Christine: Judith may have displayed a bit of a conniving side when trying to get her grandmother to divulge the secret.

John: I have to admit, it was a cool idea for the writer's to have the secret of Barnabas passed down between generations. Clearly he wouldn't be prepared for such an event, and it made for an interesting meeting between he and Edith. Sadly, I expect that Edith may not live long enough to pass the secret on to Edward before she shuffles off this mortal coil. I guess we'll find out next week!

Christine: What a fantastic ending! If she doesn't get to pass on the secret, then it surely dies with her, but it's great for Barnabas to find out that his dad made sure he'd be kept locked up for eternity.

This was a ripping episode! Ah, Edith and the big secret and we discover it's the time traveler himself, oops! And yes, you would think attacking Grandma would boot you from the house. Maybe it's just people with names that start with Q that manage to have something too impressive to let go. I kept getting told Rachel's dress here was identical to the one Maggie wore suddenly a while back, but it isn't. There is far more green, darker green. It's Victorian, yes, but it's quite different.

I wanted to yell at the show the secret must have been their vampire ancestor Barnabas is in the family vault. That would have been passed from Collinwood head to Collinwood head as a great secret, though it got lost before the 20th century. It would make sense it got lost in the 19th century or so. In any case, now that the vampire has been released around 1895 how could Barnabas be in the coffin in the 1960's? If the answer is alternate time or parallel universes, that is unfortunate. They could/should have let things play out in a consistent time line without alternate or parallel universes.