Sandor opens the secret door in the mausoleum, and finds the chained coffin inside. He doesn't believe the jewels would be in the coffin, but realizes Magda would say that's where they are. He removes the chains and opens the lid. Barnabas' hand reaches out and clutches his throat.

Sandor backs away from Barnabas, saying he's dead. He draws a sword, but Barnabas just laughs. Sandor drops his sword and screams as Barnabas bares his fangs and approaches him. 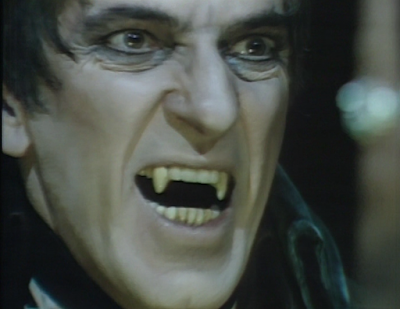 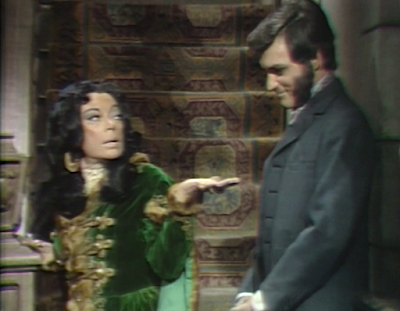 Sandor has visible bite marks on his neck. He asks Barnabas what happened, and who he is. Barnabas counters with his own questions, finding out that Sandor lives in the old house, and it's 1897. He realizes he's back in time, and Sandor tells him that Quentin just returned to Collinwood. Barnabas tells Sandor to get him some clothes, and protect him. Barnabas wonders what has become of his body in the future. He says he must find out about Quentin and Beth. Sandor asks how he knows Beth. Barnabas asks who she is, and he tells her she works in the main house. Barnabas says she's in love with Quentin. He tells Sandor that they must go to the old house. He adds that as a gypsy, he knows what will happen if he doesn't do what he says. He tells him there are many things he must learn before morning. 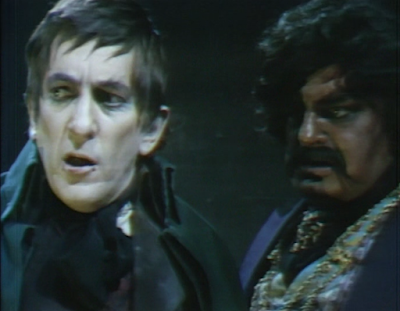 Quentin asks Magda what she told his grandmother. He reminds her that he doesn't hold prejudices against her kind. He asks what her Tarot cards said about him. He then grabs her by the arm to see if she told her the secret.

Quentin's sister Judith comes downstairs and Magda leaves. She asks him to join her in the drawing room. She says that everyone in the house is against one another. She asks why he came back. He asks her why they never got along. She tells him that she saved $1000, and she offers it to him to leave. She adds that she'll write him a check for another $500. He asks if she knows if that's more than he'll get in the will. She says that Edward would be furious with her if he knew she offered him money. Quentin thanks her for being so fond of him, and refuses her money. He tells her that he'd like to see Jamison. She asks if he'll leave if Jamison asks him to, and he agrees. She goes upstairs to get him. 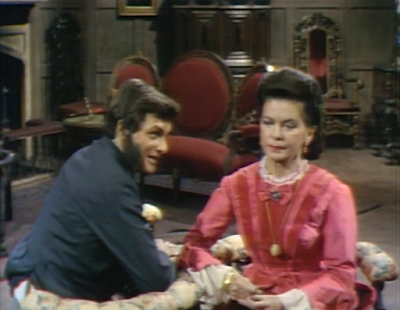 Barnabas and Sandor return to the old house. Barnabas tells him that he's lived in the house twice in his life. They go in, and Sandor calls for Magda. There's no answer. Barnabas looks around the house, which is a mess. 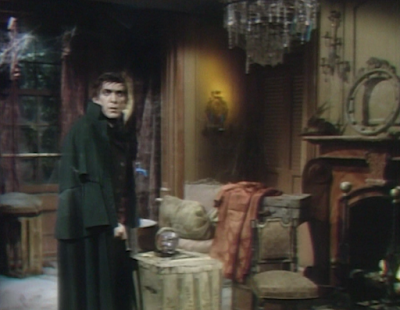 Jamison comes downstairs, looking for Quentin. Quentin jumps out from behind a door. They seem excited to see each other. Quentin says he's brought a gift. He pulls a model ship out from behind a curtain. Jamison notices that the ship is named after him. He turns to see Judith, and tells her he won't tell Quentin to go away. Quentin tells Judith she's got her answer. Judith says he didn't come back for his grandmother, but to finish ruining Jamison. 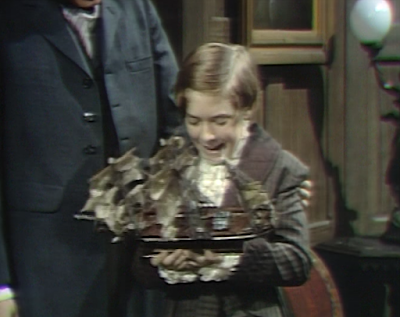 Magda returns and asks Sandor why he wasn't at the mausoleum. She says she saw the empty coffin, and the jewels must have been there. Barnabas appears and introduces himself. She realizes he's from the portrait in the hall. She asks what he wants. He tells her that he's going to live in the old house. He asks what happened to the portrait above the fireplace. He then asks who has been sleeping in Josette's room. Magda says that's her room, and Edith said they could live there. Sandor tries to get her to comply with Barnabas. 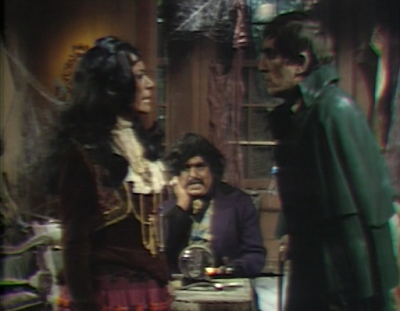 There's a knock at the door, and Barnabas warns her not to mention him. She opens the door to Quentin. He asks if he's interrupting anything. Quentin realizes something is wrong, and Sandor tries to convince him otherwise. Quentin agrees to return tomorrow, and leaves. 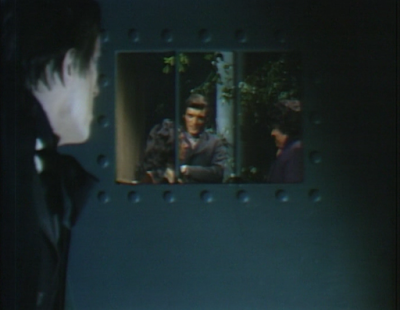 Magda asks Sandor about Barnabas, who she says have the mark of death on him. She then sees the marks on Sandor's neck. He runs off, and she realizes that Barnabas is a vampire. 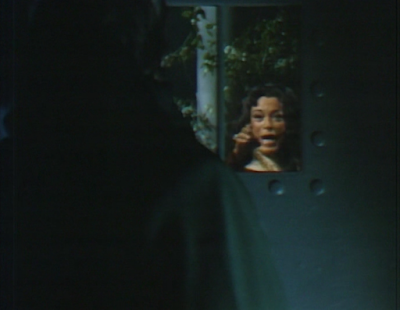 John: It was a bit anticlimactic for Sandor to draw his sword on Barnabas, only to just let it drop. He could have at least run him through so as to confirm that he was not human.

Christine: The fangs are out! It's nice to have Vampire Barnabas back. I wonder if he'll be able to shake the curse when he returns to his own time.

John: So David is Jamison. No wonder he reminded Quentin of him. But is he Judith's son, cousin or brother? It's going to take some time to get a handle on who's who in 1897.

Christine: At least Barnabas is not going around calling people by their present day doppelgänger's name the way Vicki did last year, though it is odd that he didn't at least marvel at how much Magda looks like Julia and Sandor looks like Stokes. Have we seen the Jamison Collins ship before? I could swear it's the same one that sits atop the cabinet to the right of the fireplace in the drawing room at Collinwood in present day. 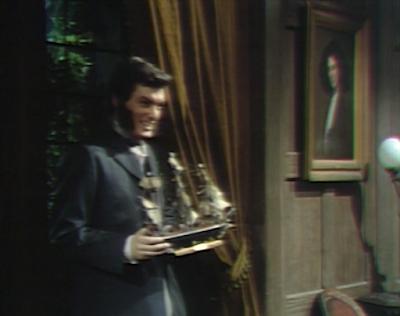 John: Finally, we have someone versed enough in the occult to call out Barnabas as a vampire within moments of meeting him.

Christine: Three's company at the Old House! We're sure to have some lively times ahead with Barnabas and the Gypsies! We have confirmation from Magda that Barnabas' portrait still hangs in the foyer, and we got a better view of the founder of Collinsport, Isaac Collins, hanging in his rightful place above the mantel.  I wonder where Jeremiah's portrait is being displayed. 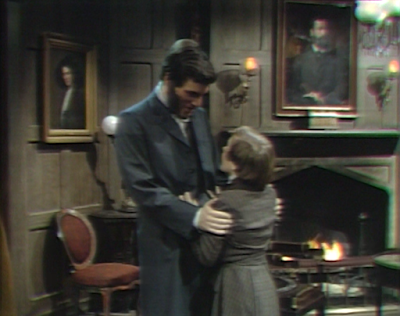 Goodie! The iconic fanged Barnabas shot. Thank you. This is where the run gets especially pleasing what with all the goings on and the spectacular furnishings. And yes, nice to just have gypsies who know what a vampire is. I do love Magda holding out for the cash before agreeing to anything. And Edith is lovely, of course.