A body lies in the Collinsport morgue. Carolyn is brought in to identify it, and she confirms that it is Donna. She tells the Sheriff that Donna left with Chris. 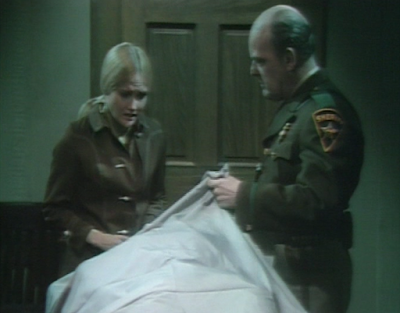 Carolyn tells the Sheriff that it could have been the same animal that attacked her. Carolyn explains that Donna had never been to Collinsport before, and she didn't know anyone but her. The Sheriff asks who Chris is, and she explains it's Chris Jennings, who offered to drive her to Bangor. 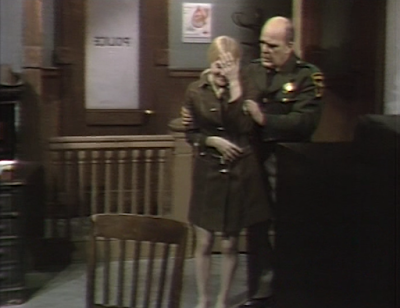 The phone is off the hook at the cottage, with it still a mess from the night before. Chris returns, his shirt bloody, and closes the blinds. He doesn't remember what happened. He straightens up the place and changes into a clean shirt. 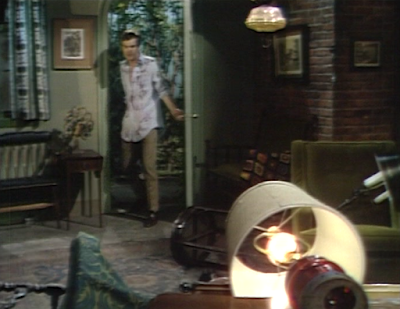 He finds Donna's purse on the ground. He puts it on the table and there's a knock at the door. It's Carolyn. She tells him that Donna is dead, and asks him what happened. There's another knock on the door, and she tells him it's the police. The Sheriff tells Chris he'd like to ask him some questions. He comes in and is surprised to see Carolyn. Chris sends her back to Collinwood. 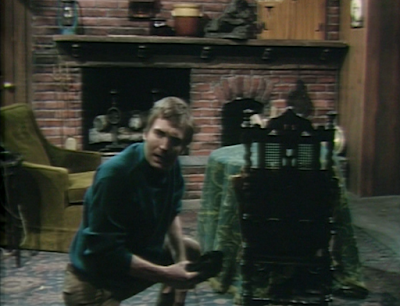 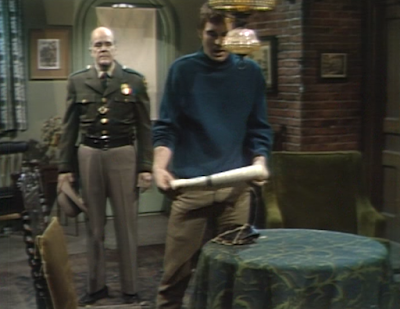 Julia tells Barnabas she feels responsible for Donna's death. He says that wherever Chris and Donna went was Donna's fault. Carolyn comes in and tells them Chris is being taken to jail. She says he's innocent. Barnabas says that they checked the cottage last night and Chris wasn't there. She denies that he was involved. Barnabas asks her how much she likes Chris, and she says she does. She asks what they know about him, and Julia says they don't know any more than she does. Carolyn goes to call their lawyer to help. After she's gone, Barnabas tells Julia they have to go to Chris' house to remove any incriminating evidence. 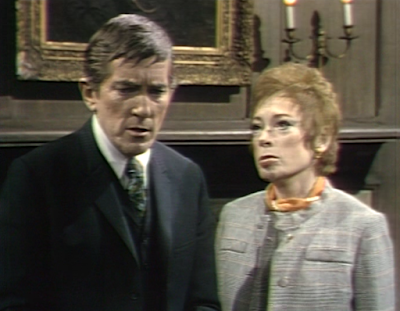 In the cottage, Barnabas tells Julia they are looking for signs of guilt. He says Chris' clothes are probably still there. Julia walks around the table where a newspaper does a poor job of hiding Donna's purse. After several minutes she picks up the paper out of boredom to read it, and uncovers Donna's purse. She calls Barnabas, who comes in with his bloody shirt. Julia says they must take them to the Sheriff. He asks if she's aware there will be another full moon tonight. She says he'll change while being questioned. Barnabas says he hasn't decided what to do yet. 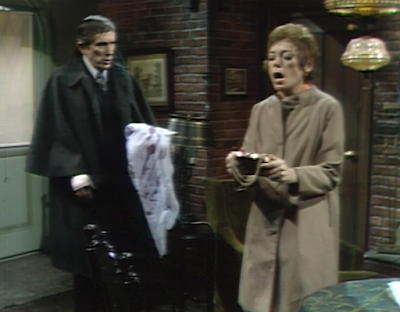 The Sheriff questions Chris, who can't come up with a convincing story. The Sheriff offers to let Chris think about his story for a while. Chris asks what time it is, and he tells him it's 4:30. 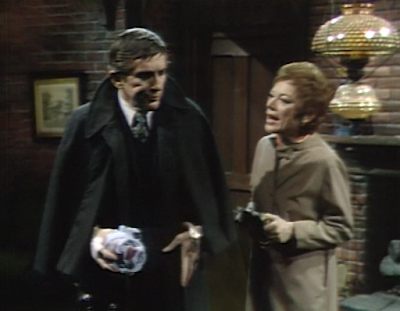 Chris stresses out in the interrogation room. He calls for the Sheriff, saying he remembers the whole story. He's on the phone with Barnabas. After he gets off the call, he tells Chris he's lucky he was with Barnabas, who explained that he blacked out from drinking. He lets him go. 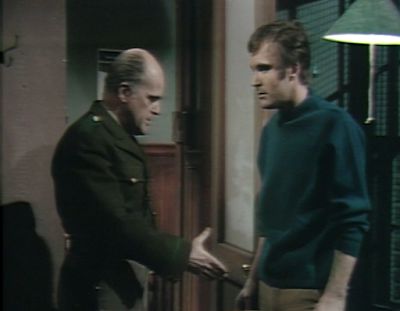 Chris returns home to find Barnabas waiting for him. Chris says he doesn't know why Barnabas helped him, but he says he's got to leave. Barnabas says that when they leave, they'll leave together. Chris says Barnabas doesn't understand, and he assures him that he does. He tells Chris that he is innocent. He explains that he knows he's not only Chris Jennings, but also the werewolf. 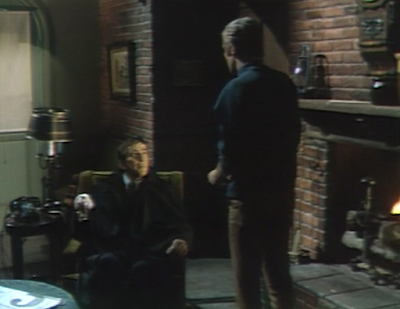 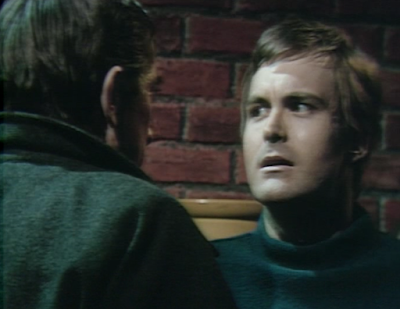 John: For as many people who have died in Collinsport, today was our first visit to the morgue. Of course, if they have no idea who the body is, why would they randomly bring in Carolyn to identify her? Because she's the ranking Collins' in town while Roger is traveling?

Christine: It is the first time visiting the Collinsport morgue, though we did get to see the morgue in Phoenix back in Episode 174, which was far superior to the one we saw today. That was way back when Sheriff Patterson was posing as Lt. Dan Riley. The reason given for having Carolyn identify the body was because it was found in the woods near Collinwood.

John: Damn, Barnabas! Victim blaming? And then he has Julia help him cover up for a murderer?

Christine: It is hard to determine how Barnabas aims to help Chris, though it's clear that he empathizes with him since he knows what it's like to be a remorseful monster. Remember when you thought you saw the most ridiculous newspaper headline in Episode 319? I think today's MYSTERY MURDER headline may top it. It's not surprising that the subheadline continues to be POLICE BAFFLED. 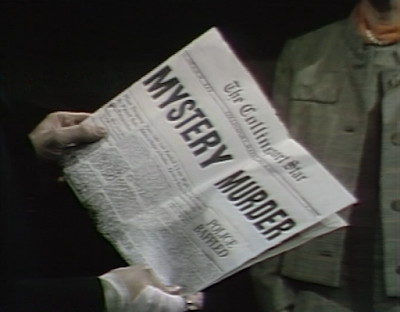 John: Chris is one lucky SOB. Despite being guilty, with no alibi nor ability to come up with a plausible explanation as to where he was, the Sheriff lets him go. Collinsport's finest could stand to learn some new interrogation techniques, like taking a liar down when you've got him on the ropes, or not giving him time to fabricate a story, or worse yet, not taking the word of someone who has had his own share of allegations of misconduct... Poor Sheriff Patterson. Just wants an easy job until he reaches retirement.

Christine: He may have taken an early retirement, unless he was fired for gross incompetence, since this is the last time we'll see him on the show. I enjoyed his parting advice to Chris: "Look, next time drink a lot of milk before an evening like that, it lines the stomach. It works, I can tell you."