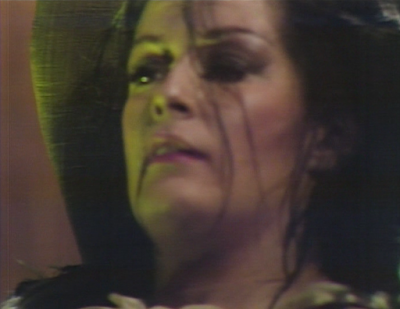 Barnabas retires to his father's study, where he discovers Crystal's dead body lying in a chair. He goes to get Ben, telling him that he found her there. Ben asks how she got in, since he didn't see anyone enter. Ben asks if she's alright, and Barnabas says she's dead, and they have to dispose of the body. They return to the study to find that Crystal's dead body has been replaced by Angelique. She greets them, and asks Ben to leave her alone with Barnabas. 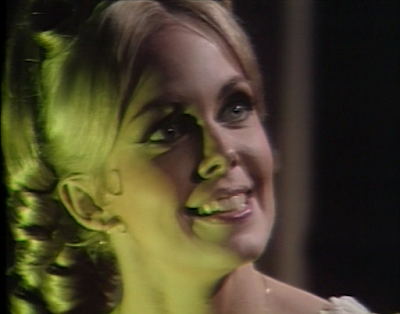 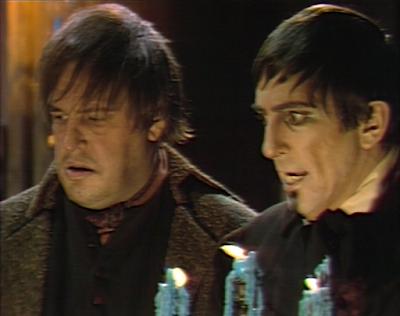 She tells Barnabas that she wanted him to know that she still has all of her powers. She explains that she was sent back to remain in this century as punishment for her mistakes. She says she knows he came back to save Vicki, and she offers to help him. She says she'll make him a deal—she'll save Vicki if he agrees to stay in the past with her. He asks why she wants him to stay, and she tells him so that they can be together. She reminds him that she's his wife. He says he can't even pretend to love her. He adds that if he remains in the time, he will also remain a vampire. He reluctantly agrees to stay. 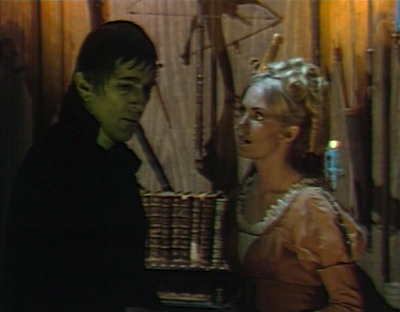 Vicki asks Peter what time it is. She says they'll be coming for her soon, and they can't stop it. 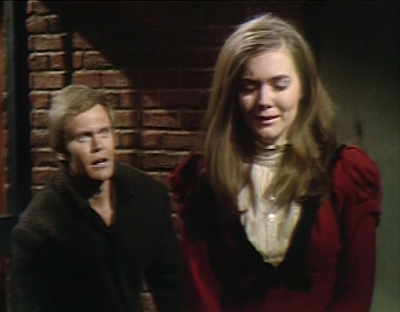 Ben asks Barnabas where he's going. He says he heard what Angelique said, and he'd be a fool to trust her. Barnabas says he doesn't have a choice. He has to risk it in the hopes of saving Vicki. 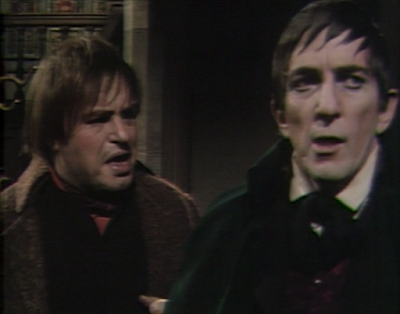 Vicki describes how she's reliving what happened before, and she can't stop it. Peter tells her that Barnabas was able to free him, and he will find a way to free her, too. Vicki explains that unlike before, there's no one in the future to take her place this time. Barnabas arrives at the gaol and is let into Vicki's cell. He tells her that she must follow his instructions. She is to go to the gallows, and refuse the mask when offered. She must not panic or be afraid, regardless of what happens. He asks if she trusts him, and she says that she does. The jailer comes to take her to the gallows. Peter tells her that no matter what happens, he'll find her. Barnabas holds Peter back and tells him that Angelique will save her. She'll put a spell on Vicki that will make her appear to die. Peter must then take Vicki's body back to Collinwood, where Angelique will be able to resuscitate her. 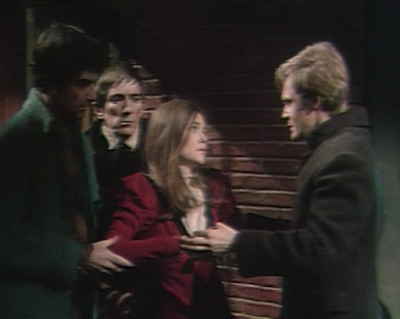 The hangman prepares the noose and Vicki is brought towards the gallows as Barnabas and Peter watch. Barnabas calls to Angelique, wondering where she is, as the hangman places the noose around Vicki's neck. Peter rushes forward to stop them from hanging Vicki, but is held back. Barnabas screams for Angelique as Vicki is hanged. 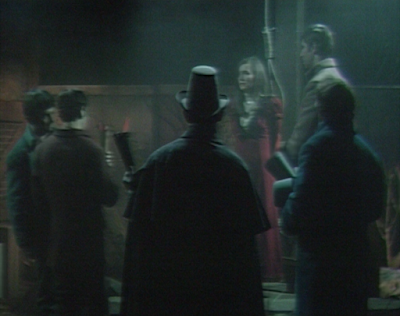 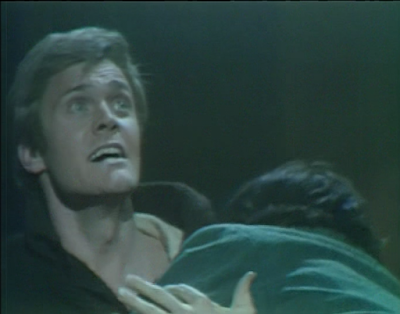 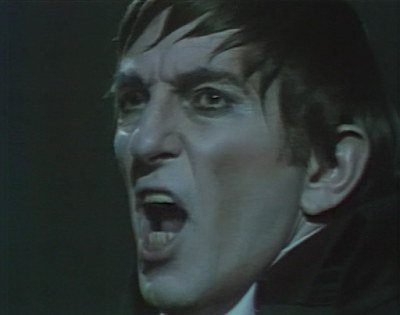 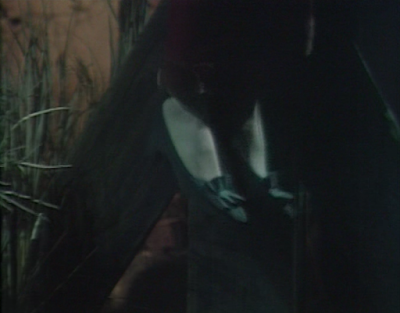 The hangman confirms Vicki is dead. Peter cradles her body and says he's taking her. They leave, and he tells Barnabas that he failed him. Barnabas says they'll take her back to Collinwood. Back at Collinwood, Ben is disappointed that Angelique lied, and tells Barnabas that he told him so. Peter kisses Vicki's dead lips, and walks out of the room. Barnabas apologizes to Vicki for failing her. Ben asks him what about Angelique. He says she's coming at sunset, and expects he will go away with her. He promises to tell Ben his plan later. 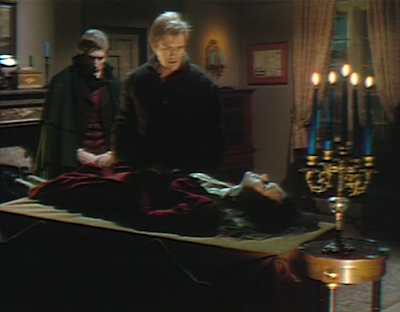 He leaves, and Angelique appears from the shadows. She says that Vicki is under her power now, and she will never release her from her spell. She knows that if Vicki lives, Barnabas will continue to love her, and she doesn't want him to ever have the woman he loves. 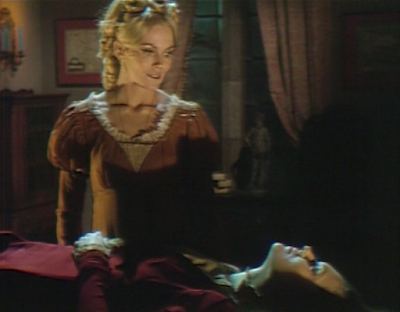 John: How much do you want to bet that eventually the writers will find a way to break Angelique free of her bonds to the past. And it's getting confusing keeping track of who knows what as they maintain their consciousness as they bounce between the past and future.

Christine: Right. How is it that Vicki remembers going back and forth and Bradford does not seem to remember anything about his time spent in Jeff Clark's body?

John: Were the lights out on set, or did the crew just forget to light Angelique in the study? Christine: It was just the poor lighting conditions in 1796.

John: I'm curious—was Angelique's plan just to save Vicki, or to transport her back to the future? If she was going to survive, but in the past, you think Barnabas would be motivated to stay.

Christine: Angelique's plan is to mess with Barnabas in whatever way she can, making him as unhappy as possible simply because he does not love her and made her think he once did during a reckless evening in Martinique. Julia would reach her hand through time and slap him upside the head if she knew how he mucked it up by trusting Angelique again.
Posted by John Scoleri at 6:00 AM

"Hangman's Assistant" was David Groh, later of Rhoda. He'd appear in the soap "Love Is A Many Splendored Thing" with John Karlen. (Don't know if they had any scenes together.)