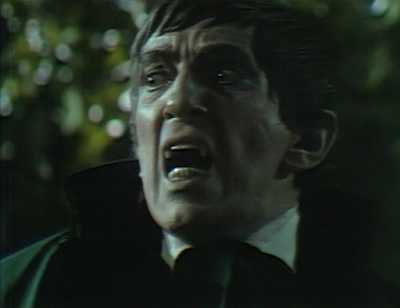 Barnabas notices the gravestones have disappeared, and Ben shows up, convincing him that he's returned on the correct night. He says he must go to the village to change the course of history. Barnabas tells Ben to return to Collinwood, and tell his father that Forbes got away and that he's followed him to Bangor. Ben points out that his father will surely go to Bangor. Barnabas then tells him Forbes will soon be back, and he wants Ben to lead him to the house, where Barnabas will be waiting. 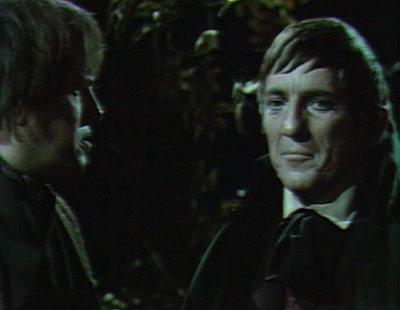 Forbes sits alone in The Eagle, emptying every bottle in the place, when Barnabas arrives. He tells Forbes that his mother committed suicide because of what he is, thanks to Forbes telling her where to find him. Forbes pulls a gun and threatens to take him to the constable for being the Collinsport strangler. Barnabas tells him to go ahead and shoot, and he does. Then Barnabas tells him that he can't kill what's already dead. Barnabas says he won't kill him, if he considers doing what Barnabas demands. He gives him until 9pm to decide, and then disappears. Forbes rushes out. 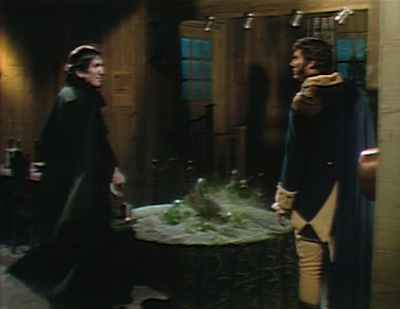 Vicki lies in her cell at the Collinsport jail. Barnabas appears in her cell. She's shocked to see him because she thinks he's dead. He explains that Angelique put him under a spell. She says she's going to be hanged tonight, and he tells her it's not too late. She says she knows she should be grateful, but there's another man. 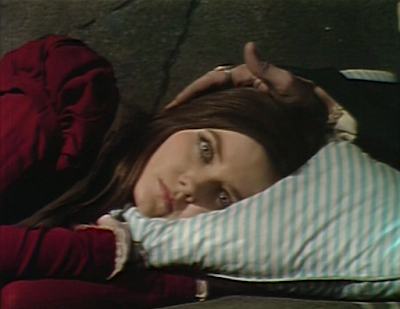 Barnabas tells her he knows about Peter, and how much he means to her. She says that he will die on the gallows after she does, and he tells her that neither of them will die. Vicki tells Barnabas that since she saw him last, she went back to the future, and then returned to the past to be with Peter again. Barnabas tells her to trust him. He assures her that by morning, she and Peter will be free. 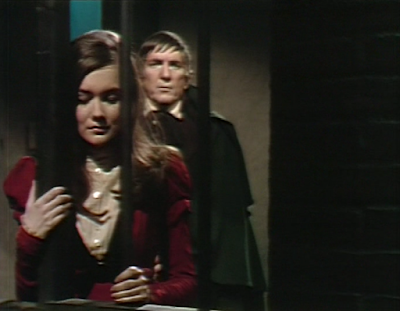 Forbes shows up at Collinwood to see Joshua. He says he needs to tell him about Barnabas. He tells Ben that he shot Barnabas, but it didn't kill him. Ben tells Forbes that Barnabas is a vampire; placed under a curse that will destroy his entire family. They go into the study, and Forbes blames Ben for protecting Barnabas, allowing him to kill people. Ben tells Forbes that he tried to destroy Barnabas once. He says if Forbes drives a stake through Barnabas' heart in the morning, it will kill him. Forbes asks Ben to stay with him. He spots the crossbow on the wall, and tells Ben that he's right, and he should face his fate alone. Ben leaves, and Forbes grabs the crossbow and loads a bolt. 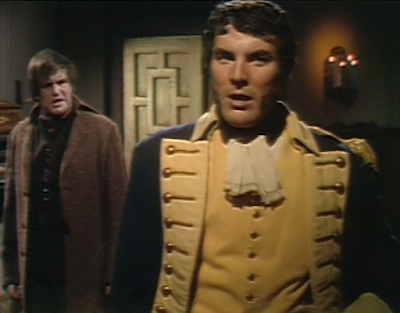 Barnabas arrives at Collinwood at 9pm, and makes his way to Joshua's study. Forbes is waiting inside with the crossbow pointed at the door. Barnabas opens the door but does not enter. Forbes goes to the door but doesn't see anyone, so he closes and locks it. He then hears Barnabas' voice inside the room, but he can't see him. Barnabas then appears behind Forbes and grabs him. 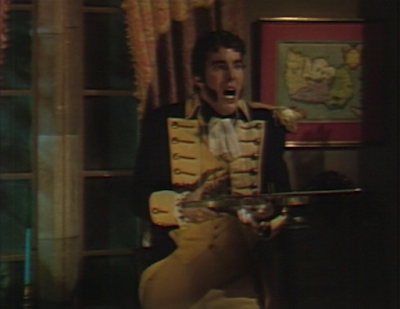 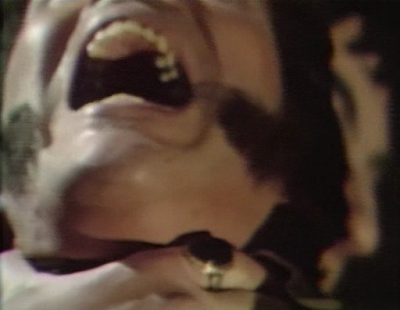 John: I know Barnabas has been around the block, but he seems particularly comfortable traveling through time.

Christine: I was surprised he wasn't a little more upset about becoming a vampire again, but I suspect he misses having the power to control others.

John: I don't know about you, but I thought Fake Vicki Number 2 was the best one yet. I'd like to see her come back to the future once Barnabas' 1796 vacation is over, but I'm not going to get my hopes up.

Christine: Carolyn Groves has a little more experience under her belt than Betsy Durkin, but it will be tough for anyone to replace Alexandra Moltke as Victoria.

John: Do you think they went with mutton chops so it would be easier for the audience to distinguish when the show was set in the past?

Christine: Nathan Forbes always had mutton chops, though they may have been poorly applied in today's episode. The uniform alone would have been enough to alert folks that they were no longer in the present day. I thought yesterday's repurposed footage was one of those situations where actors got to take a day off, but now I see how useful the refresher was in comparing the way events changed in today's episode.
Posted by John Scoleri at 6:00 AM