Julia and Willie arrive at the mausoleum. They hear a heartbeat. Willie opens the secret door and they find the coffin chained shut. Julia tells Willie to remove the chains. He does, and before he opens the coffin, he asks her if he's the way he first found him. She says that he's not, and tells Willie to open the coffin. They find Barnabas inside. Julia inspects him for any signs of life. Barnabas' eye flutter. She tells Willie that he's barely alive. Willie says that it's morning, and Julia says that means he didn't revert to what he was. Barnabas wakes, and says they found him. He says that everything is going to be alright. 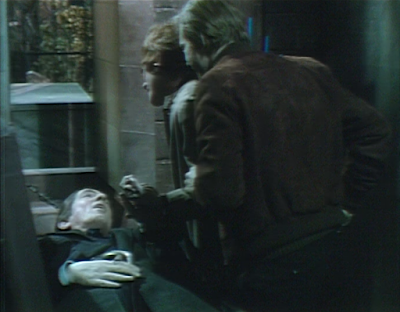 Amy asks Carolyn if Barnabas will be back today. She says she doesn't know. Carolyn prepares flowers to bring to her mother's grave at the old mausoleum. Amy asks if she can join her, and she says that a graveyard is no place for her. She pleads with Carolyn, who finally agrees. 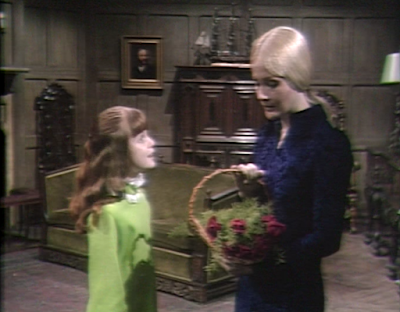 Barnabas updates Julia and Willie on Vicki, and tells them that he killed Angelique, once and for all. They start to leave the secret room when they hear Carolyn and Amy approaching. As they enter, Amy says she saw the wall closing.  Carolyn shows her that the wall is solid. Barnabas, Julia and Willie stand silently on the other side. 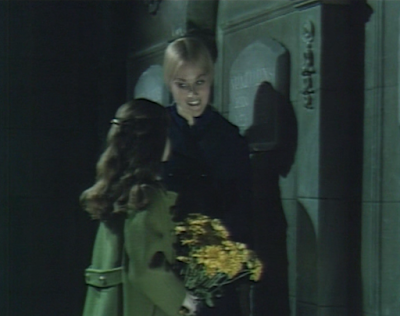 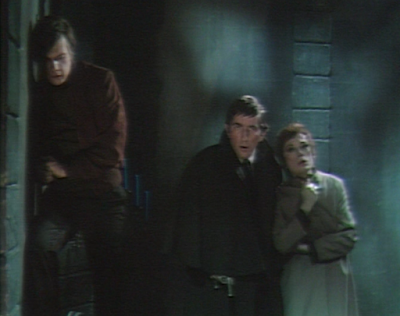 Willie then knocks over his bag of tools. Amy asks Carolyn if she thinks there's something behind the wall, and she it must have been a branch hitting the wall. Amy places her flowers on the different vaults in the mausoleum, and Carolyn places hers on her mother's. They leave, and Barnabas, Willie and Julia exit the secret room. 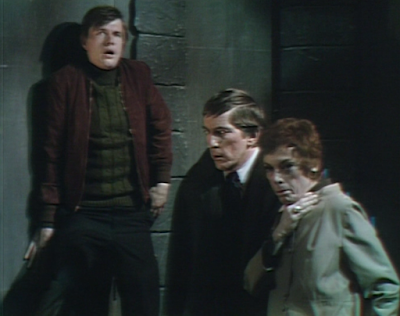 Amy returns to Collinwood and tells David she went to the mausoleum with Carolyn. David says Quentin wants them to play the game today, and Amy says she doesn't feel like it. David twists her arm and tells her she's coming with him. She cries when Carolyn comes in and scolds him for hurting Amy. David asks if she's going to spank him, and she sends him to his room for the rest of the day. Amy asks if she can go with him, and Carolyn refuses. She tells David that Mrs. Johnson will fix him a tray of food, and sends him to his room. She walks out and David tells Amy that Quentin will be angry and it's all her fault. He then says he's going to get even with Carolyn as Barnabas walks in. 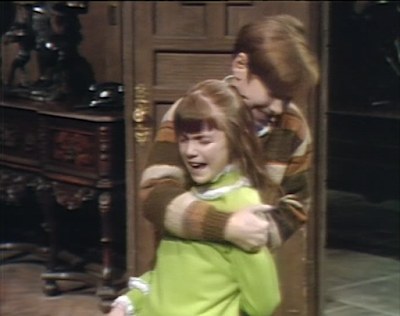 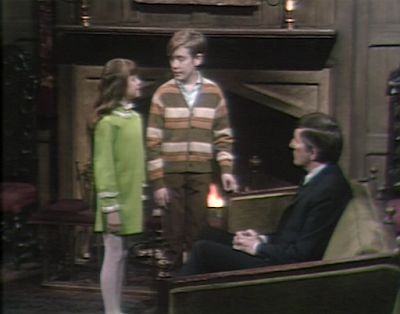 As they leave, Carolyn stops them and asks David why he isn't in his room. She takes him upstairs, leaving Barnabas with Amy. He asks her what happened. She says that she and David were just playing. 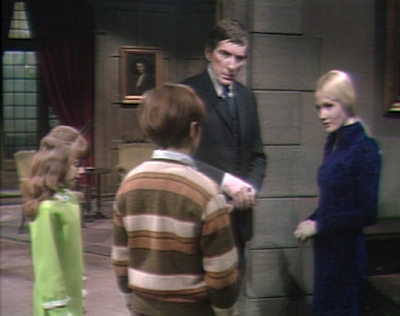 In his room, David tells Carolyn she was right to be angry. He says he feels awful about hurting Amy. He says he could never be angry with Carolyn, but she says she knows he doesn't mean what he's saying. She says he's being deceptive, and she doesn't like it. She says she thinks he and Amy are doing things they're not supposed to, including going into the West Wing. 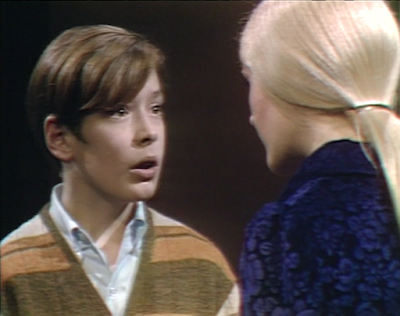 She leaves him and he slams the door shut. He picks up a book and throws it. 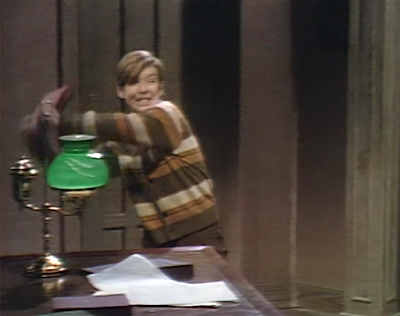 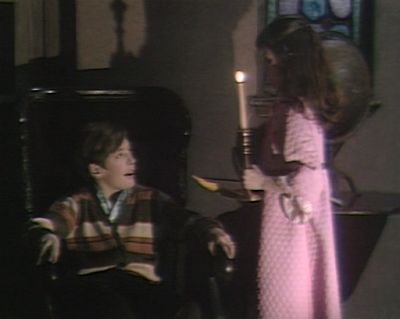 John: Didn't Julia just say that if he was in the coffin, Barnabas would be a vampire again? And now she's saying the opposite? And apparently, he did not. Are the same writers working on these scripts from week to week?

Christine: Ron Sproat has been doing the writing so far this week, as well as last week, with the exception of episode 664, which was written by Gordon Russell, so he's the one we can blame for purposely misleading viewers. Barnabas was clearly looking like a vampire in the coffin yesterday, but not today. So, how is it that Ben chaining him in the coffin sent him directly to 1969? Is it a time travel coffin now?

John: Has anyone checked on Liz lately? If she's buried alive, she won't last forever.

Christine: Right. How many DS days has she been entombed? Have they given up on trying to contact Roger? Boy, is he in for some surprises when he gets back!

John: Kudos to Carolyn for being an adult for the first time in the history of the show, and not only laying down the law with David, but not falling victim to his latest attempts to deceive her. Of course, we'll soon find out what's in store for her if she does in fact get pulled into Quentin's game...

Christine: It's great to see David display the bad behavior we saw from him at the very beginning of the series. Is he really possessed, or just returning to his roots? I enjoyed his Godfather routine. 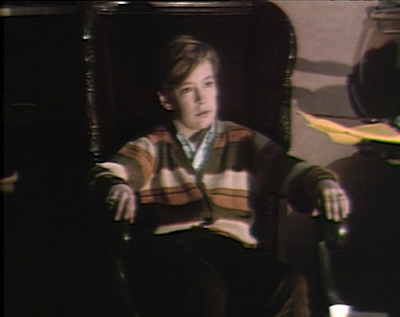 Too bad there is not time in the busy schedule of overlapping crises for a moment of levity. I think it would have been very Dark Shadow-ish for Maggie and Carolyn to look for Peter and Vicki's graves, visit them, and see that Vicki's date of birth on her tombstone is her 20th century birth date. Then they and Vicki's ghost could have a good giggle over that.