Amy asks David why he let Quentin hurt Chris. He says he didn't know, and she says she knows he tried to talk Quentin out of it. David admits he's afraid of Quentin. Amy starts downstairs, and says she's going to tell Mrs. Stoddard about the game. David freaks out, and she says he can't stop her. Maggie comes out of her room to see David chase Amy downstairs. 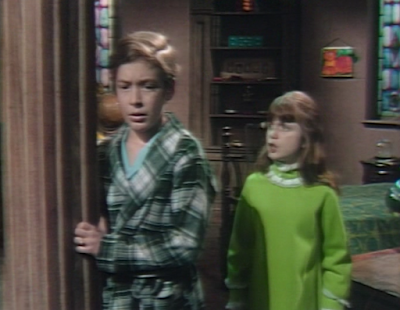 Downstairs, David threatens Amy. He grabs her when Liz comes in. David says they were playing a game, but Amy denies it. David tells his Aunt that Amy's a liar. He says she'll believe a stranger before her own nephew, and runs upstairs. 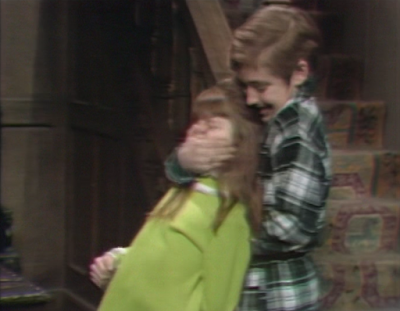 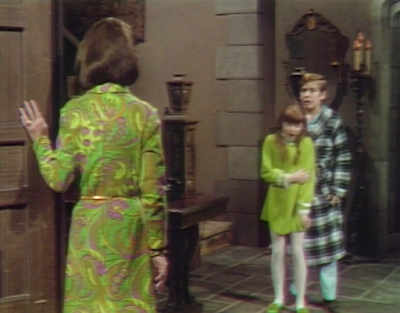 She takes Amy into the drawing room. Amy says it's only since they started playing the game. She then mentions her dream, but nothing makes sense to Liz. Amy says that David took her to a room upstairs where they found a telephone. She says that's when the game began. She says when she picked up the receiver—and then she screams. She sees Quentin in the room. Liz doesn't see anyone in the room with them. 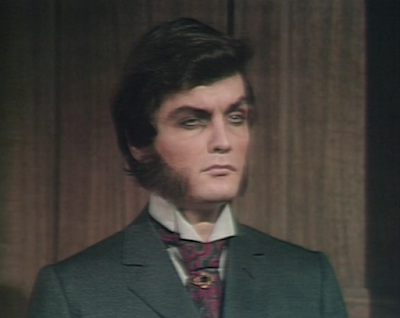 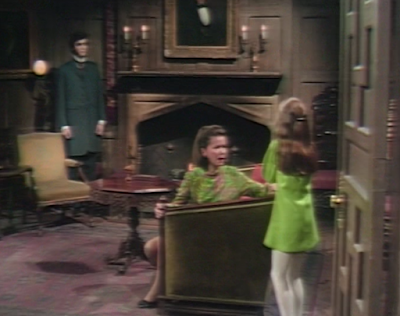 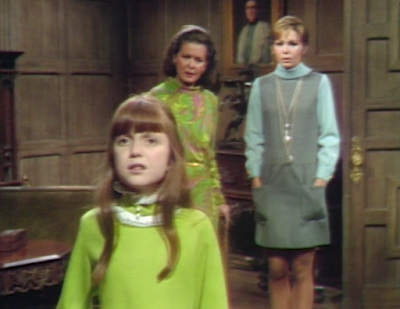 Quentin appears in David's room. David says that he tried to stop Amy, but there was nothing he could do. Quentin smiles. David asks if he's ever going to let them go. 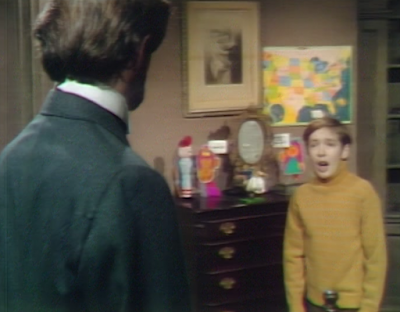 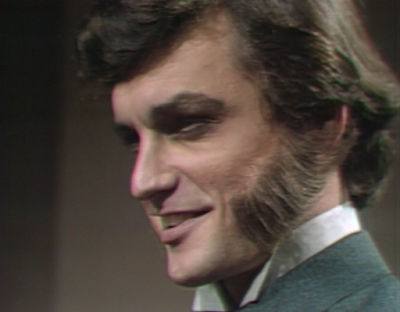 Liz enters and asks David who he was talking to. He says there's no one there, so he was talking to himself. She asks if it was about the game he and Amy have been playing. He says he's not sure. She says it's about the phone. David makes up a story about an imaginary friend. She doesn't believe him. Liz tells him that he's going to have to stay in his room until he figures out how to treat people. After Liz leaves, David picks up a toy and throws it. 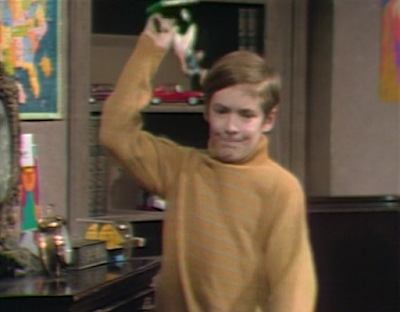 Maggie offers to take Amy to see Chris, but she says there's something else she has to do. Maggie asks what, but Amy is not forthcoming. She says it's up to her. 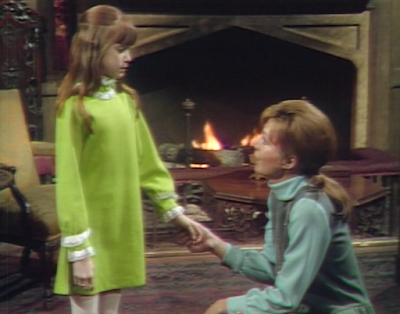 Amy goes upstairs, and Liz tells her not to disturb David. Liz tells Maggie that David is the problem, and Maggie can help. Liz admits that they didn't discipline David enough, and she asks Maggie to discipline him in any way she needs to. 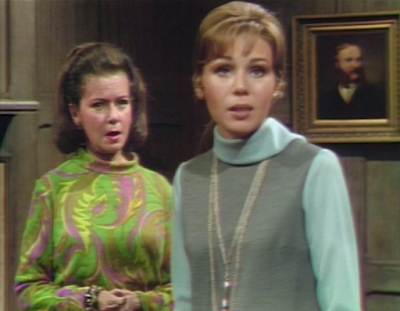 Amy visits David and says she's sure Quentin was going to do terrible things to her. David says that Quentin doesn't care what she wants. Amy says that if they got Liz to take them to town, Quentin would never know that they told her. Amy then says they can offer to promise Quentin they won't tell anyone about him if he just leaves Chris alone. She asks David to go see Quentin, and he says he can't leave his room. 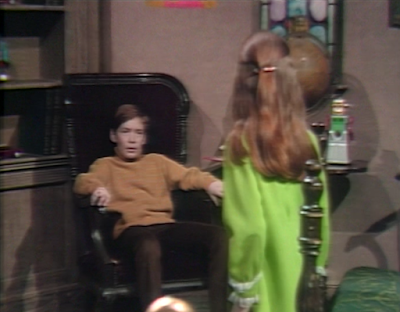 Amy leaves, and David picks up the phone. He calls for Quentin. Maggie walks in on him, and he asks her what she wants. She says she's just checking in on him. She says she wants to be his friend, and he says she's not like Vicki. She asks him about his telephone and he says it's magic. Maggie suggests that he learn the difference between what's real and imaginary. She takes the phone, and he freaks out. She leaves and he says Quentin has to come now. 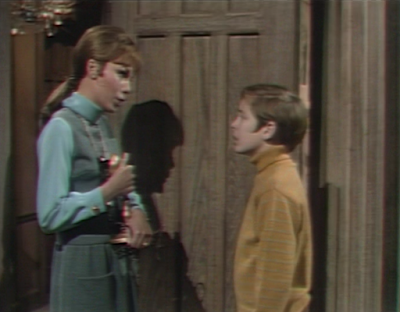 In his room, David calls to Quentin again. He says he needs to tell what Amy has offered for him to not go to Chris' and play the game with him tonight. David determines that Quentin is not coming, and grabs a flashlight. He starts to leave his room when he sees Maggie in the hall. After she passes, he sneaks out, but she sees him go through a door at the end of the hall and follows him into the West Wing.

Amy sits on the stairs, looking up, as if waiting for David.

Maggie follows David, and outside of Quentin's room she calls for him, telling him that she knows he's there. He hides on the other side of the wall in Quentin's room. 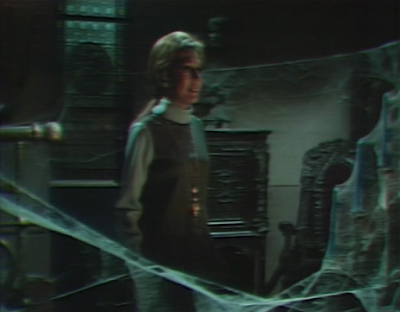 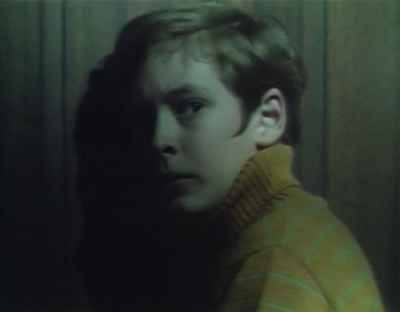 John: I'm not quite clear if David is on board with Quentin's plans, or against them and just unable to to do as he's told. Amy has demonstrated an ability to not do as Quentin asked, so maybe David just isn't as strong as she is.

Christine: Perhaps he's more open to possession by his distant relative than she is as an unrelated party.

John: Here comes the pain! I can't wait for Maggie to take David over her knee. Too bad she didn't resort to that today, though I'm glad she took his telephone away.

Christine: Liz told her to discipline him in whatever way she saw fit, so the paddling may be coming.

John: I wonder if Maggie will get to meet Quentin. You'd think she's got enough spiritual residue of Collinwood on her from all of her past experiences...

Christine: She will surely meet Quentin if her disciplining David interferes with his ability to do Quentin's bidding. Quentin's smile may be even more frightening than his frown. 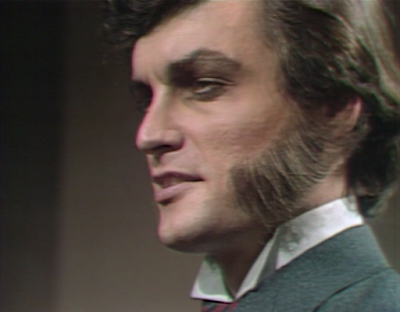