Charity asks what's wrong. Barnabas says that woman, referring to Laura, has been dead for over 100 years. Charity says he must be mistaken. Barnabas says he has lived many lives and seen many people, and Laura is much more than she seems. He asks Charity to stay at Collinwood during the day, and to come see him at night at the old house to help her find out who is Laura Collins. Charity says she's frightened, and he tells her there's no need to be frightened when he's near. 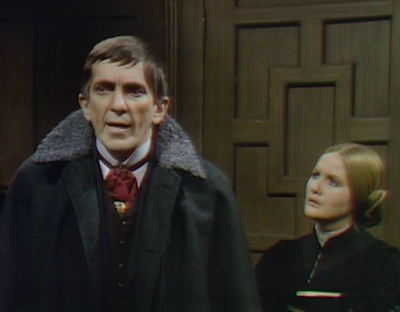 He opens the door and Angelique walks in. She recognizes Charity, who does not know who she is. Angelique explains that she is Barnabas' fiancé. Charity runs upstairs, ashamed. Angelique says she's surprised his taste in women hasn't improved. She says Trask can be nothing but trouble. They discuss Charity's ancestor, who tried to kill the witch 100 years ago, and who Barnabas walled up in the basement of the old house. She reminds Barnabas that he's here to save David. He says if she's concerned about him, she should undo what she did to him, and make him human again. She tells him to spend his time with girls down at the docks. 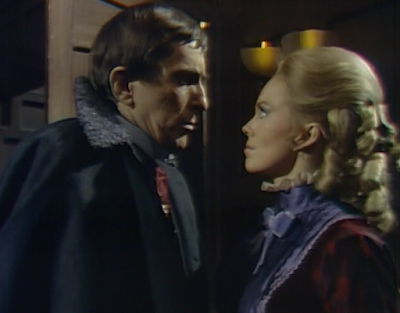 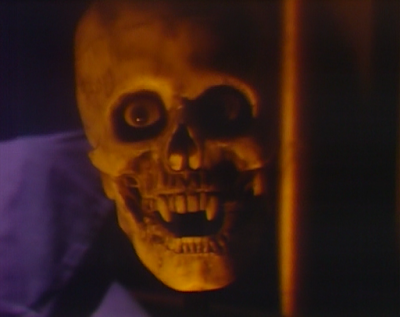 The next day, she's still asleep in bed when Judith comes in to check on her, explaining that it's four in the afternoon. Judith opens the drapes and Charity recoils due to the light. She says it hurts her eyes. Judith says it was good she brought Jamison back, but she should rest until her father arrives. Judith goes to put a black wrap on Charity, who sees a resemblance to the black veil in her dreams and tells her to take it away. 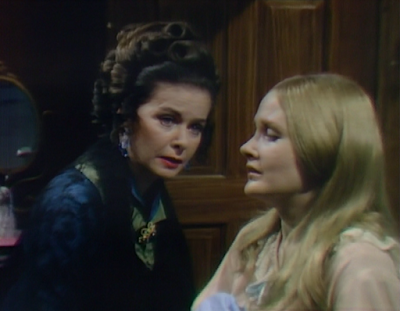 Trask arrives at Collinwood and meets Angelique. She introduces herself as Barnabas' finacé. She tells him that she knows about his daughter, and she should be married off as quickly as possible. She excuses herself as Judith comes downstairs. 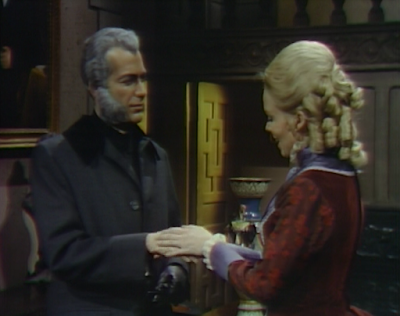 Trask is surprised to hear that Charity is still sleeping this late in the day. Judith explains that she's not feeling well. They retire to the drawing room and discuss the fire. Trask says he will rebuild, and Judith offers to help. She also offers a house on the property to be used as a temporary school. He is touched, and she explains that she's only offering money. He says that she must realize that money does not provide all the rewards she would wish. He says he recognizes her needs in making this generous offer. He says that there are problems in her heart and soul which he will help her with. She says that she admires him for not complaining, despite his ill health. He asks what she means, and Judith says his wife told her. He counters that his wife is the one who is in ill health. 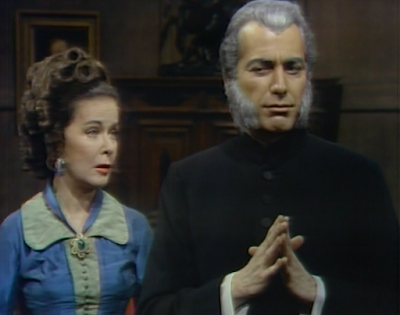 Barnabas rises from his coffin and calls to Charity.

As they are about to enter her room, Judith explains to Trask that Charity was pale and lethargic. Inside, they find her bed empty.

Charity visits Barnabas in the old house. In the basement, he shows her a trunk that belonged to Jeremiah Collins. He pulls out a portrait of Jeremiah's first wife, Laura Stockbridge. Charity looks at it and says it's the same woman. Barnabas describes her arrival at Collinwood, and how at 10 years old she was the most beautiful woman he had seen. He mentions how she died by fire. Charity says they all frighten her, and she must leave. He convinces her to stay, and says they must find out if Laura Collins is the same woman as Laura Stockbridge. 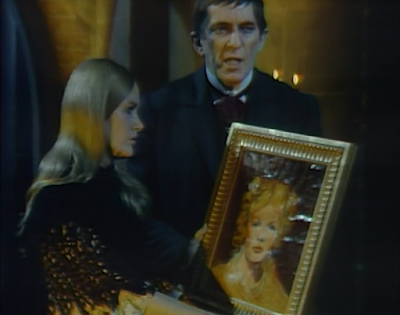 Judith tells Trask that if Charity is gone, it must be because she's in shock. Trask says that no one is immune from evil. He adds that Angelique told him that he should watch his daughter. He says she's always been a perfect child, but that may have been the Devil's disguise for what lurked inside her. Judith suggests several explanations why she might have gone, when Charity walks through the door. Her father interrogates her, and she faints. They observe two bite marks on her neck. 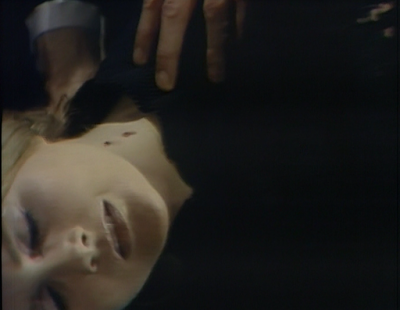 John: Funny how Angelique tries to steer Barnabas away from important people, and suggests he focus on whores down by the dock. Is that the life of a vampire's wife?

Christine: If she truly loved him, she'd make herself the blood donor, and then he wouldn't have to resort to dockside women. Even Julia offered her neck to him. I do have to wonder Barnabas' purpose in playing romantic vampire to Charity. I thought he was manipulating her to get at Trask, but that does not seem to be the case. It only serves to remind us of his unnatural liaison with cousin Carolyn.

John: Look who's back! Looks like our old pal the wide-eyed skull has had some dental work done! I tell ya, there's no such thing as a bad episode when the skeletons show up in any way, shape or form! 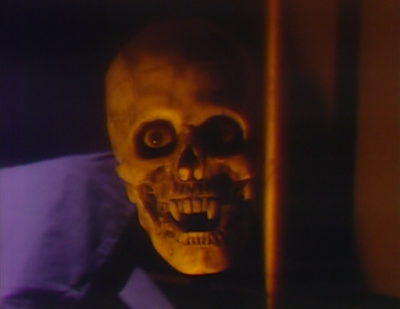 Christine: The wide-eyed skull has never looked better! This has got to be the first time a vampire skull has been seen on TV. That was superb!

John: Is this the first we've heard of Jeremiah's having a wife prior to Josette? I'd write it off as my own bad memory, but I've come to believe that the writers will assume that we haven't been paying attention, and will retcon anything they see fit.

Christine: I believe it is the first we've heard of Jeremiah's first marriage. In Episode 373, Joshua introduced Millicent to Jeremiah and suggested he marry her for her valuable estate, which he declined. I don't recall it being stated either way if he was a widower or bachelor, though I assumed the latter.
Posted by John Scoleri at 6:00 AM

Angelique makes a couple of interesting comments... "I would think that your taste in women would improve" and "spend your time with girls down at the docks." Remember in the 1795 storyline, Ben told him off with something to the effect that Barnabas was rotten even before he was cursed and now he's worse. And it seemed to me that neither Ruby Tate nor Maude Browning seemed particularly surprised to see him picking up the women on the docks, and Lt. Forbes wasn't exactly shocked by it, either. (Krazy Karl)