David and Hallie sit at a table together, holding a seance. David calls to the spirits who know about the playroom. They hear young voices calling to let them live. Hallie tells him that she heard his voice, but his lips weren't moving. He doesn't say anything, he just stares at her. She takes her hands from his and he passes out. 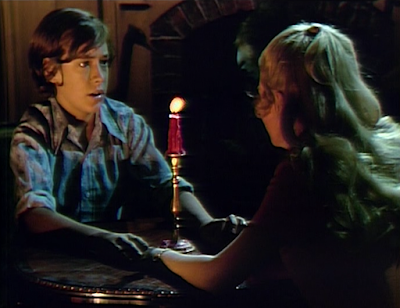 Elizabeth reviews her horoscope when Carolyn walks in. She says she doesn't know if Barnabas or Sebastian is right about the future. She says today is scheduled to pass without incident, but she should worry about a crisis or tension during the night. Carolyn says she should call Sebastian to have her horoscope done. Elizabeth tells Carolyn that she's not interested in them, and she wants to see Sebastian for different reasons.

Elizabeth reminds her that Sebastian told her that he wasn't Jeb. Carolyn tells her mother that she had a dream in which Jeb said he would someday return to her. Elizabeth says it's just a wild, unfortunate coincidence. Elizabeth walks out of the drawing room, and Carolyn calls Sebastian. 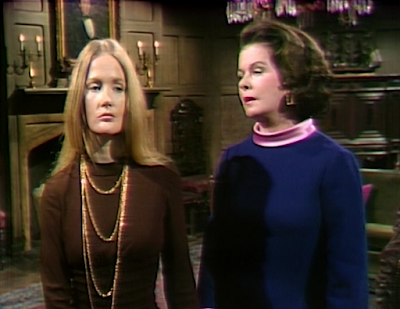 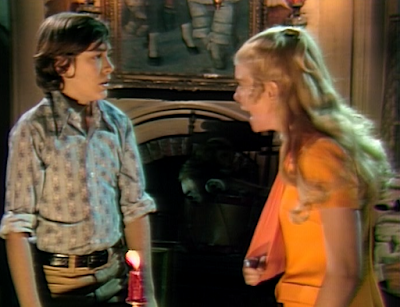 David is examining the boat model when Hallie comes to see him. He tells her that everything has a meaning. The woman in the room. The ship appearing. The seance, and the voice that told them to let them live. He tells her that he agrees they should tell his aunt. She's glad to hear him say it. They go downstairs together. 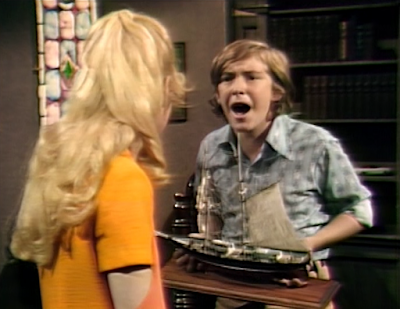 In the drawing room, Carolyn asks her mother about her horoscope, and she says it should be uneventful. Carolyn leaves to go into town. David and Hallie come into the drawing room to speak to his aunt. Hallie tells her that something terrible has happened, and asks David to tell her. David explains they were exploring the West Wing, and abruptly stops when he sees the ship model on the desk. 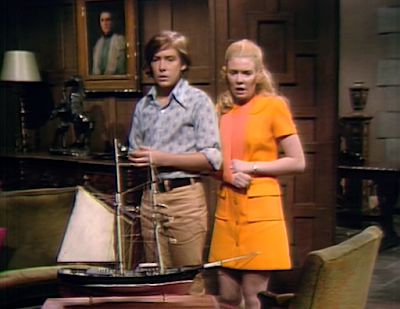 Elizabeth tells him to speak up. She says he knows they're not supposed to go into the West Wing. He says he knows, and there was an accident. He says he was chasing Hallie, and they broke a vase. Elizabeth compliments him for telling the truth, and reiterates that they aren't to go into the West Wing. She leaves, and they discuss the boat and how it might have gotten downstairs. David picks it up and says he's going to leave it in the playroom. 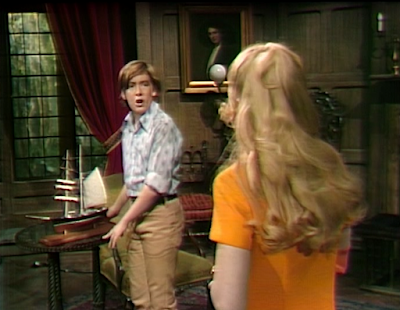 Sebastian asks Carolyn why she wants to get her horoscope done. She says she's interested in the future. He explains that he's not a prophet, just a simple astrologer. He says he can't change her future, and she accepts that. She grills him about where he's from, and how long he's been in Collinsport. He tells her, and says he always loved the sea, which is why he moved there. 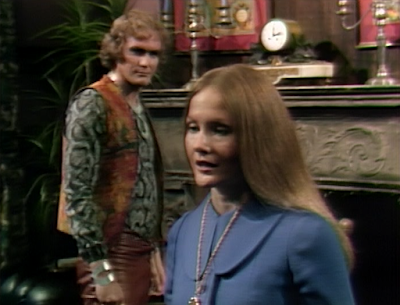 David brings the boat into the playroom and hears the voice say that he does want him to live.

Carolyn asks Sebastian when her horoscope will be ready, and he says he doesn't know. She says she needs to know when she can come pick it up. He offers to drop it off, and she says that's unnecessary. He asks her if her mother is aware she's there, and she tells him that she's an adult. He says he doesn't want to get in the middle of family drama. 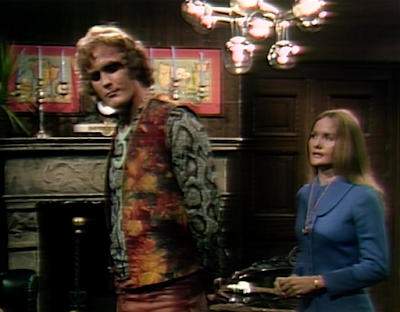 Hallie asks Elizabeth if she's seen David. She says she can't find him anywhere. Elizabeth says he had better not be in the West Wing, and Hallie assures her that he is not. Hallie says she'll go look for him. Carolyn returns to Collinwood, and tells her mother she's going upstairs to lie down.

Hallie finds David in the playroom, dressed in old clothes, rocking on a rocking horse. Hallie reminds him that he's not supposed to be there. He doesn't acknowledge her in any way. She leaves the room and runs into David in the hall. 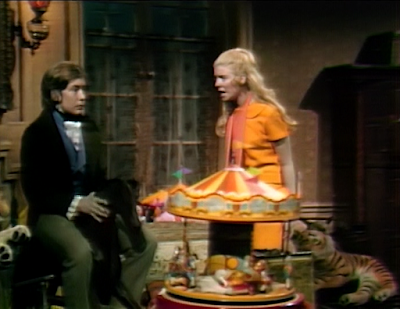 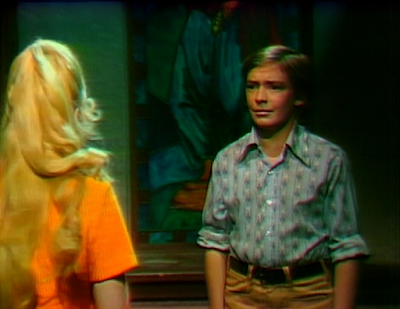 John: Gee. Another couple of days without checking anything off of our Catastro-tracker. And despite the setup this week describing Gerard Stiles and his ship, we didn't see any real movement on that front, either.

Christine: How can anything get checked off when Barnabas and Julia are off somewhere not paying attention to what's going on at Collinwood? It appears we are on our way to an unfinished horoscope, though I think we're looking for a murder to happen next.

John: I love how Sebastian was quick to figure out that Carolyn came to see him against her mother's wishes. I don't think for a second that he's a chip off the Leviathan block... but that doesn't mean he is a good influence, either! 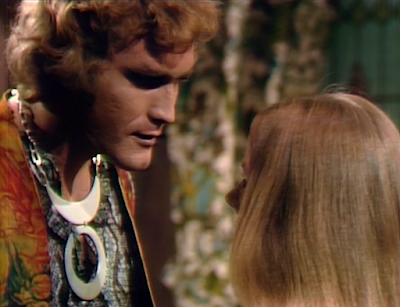 Christine: Well, he did write up her mother's horoscope, so I guess he should know.

John: David looked a little old, and therefore somewhat awkward if not particularly creepy, dressed in period garb while rocking on the rocking horse in the playroom.

Christine: It is one of the most disturbing images I've seen on the show for all the reasons you mentioned and more. Seriously. Chills. 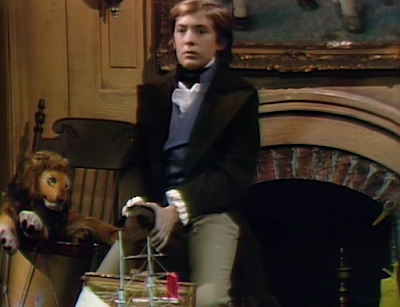 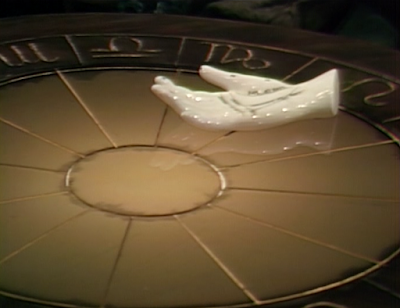 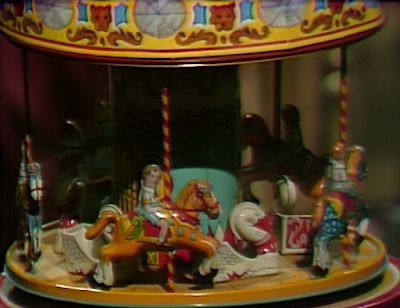