Charity is in bed, and realizes that the minute Quentin falls asleep, Petofi will enter him.

Downstairs, Quentin begins to drift off to sleep. 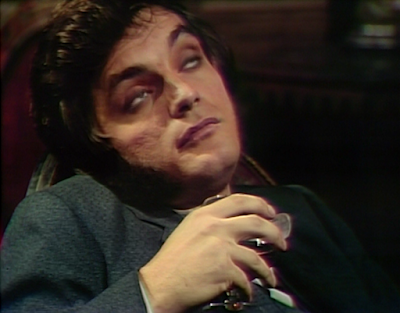 Charity comes downstairs and finds Quentin asleep in the drawing room. She calls his name and hopes it's not too late. He opens his eyes and asks her what's the matter. She says it hasn't happened yet. He asks what she means, and she says Petofi is planning to switch bodies with him the minute he falls asleep. She offers to stay with him to keep him awake, but he drifts away. She shakes him awake again. She gets him to stand up and walk around the room. 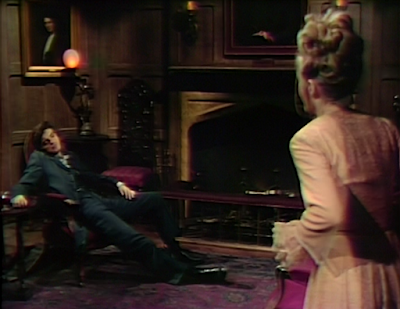 Barnabas arrives at Collinwood and sees Charity and Quentin. Quentin says he's in trouble, and Barnabas reazlies that Petofi is starting his attack again. Barnabas sends Charity upstairs to get Quentin's bags. 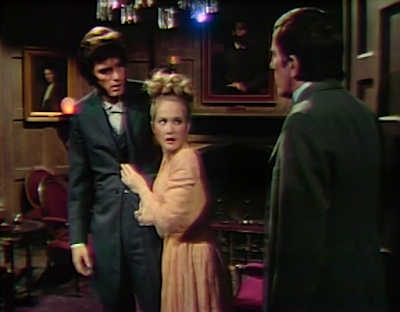 Petofi remains in his trance.

Quentin stumbles into a chair. Charity comes in and says the bags are in the foyer. Barnabas says he knows someone who may be able to help, and tells Charity to stay with Quentin until he returns. 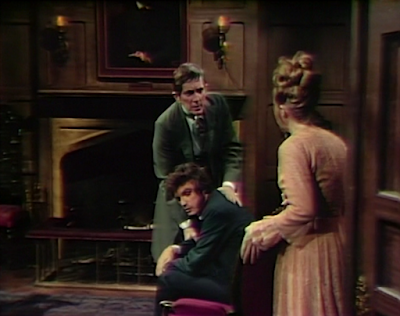 Angelique asks Barnabas if he wants her to help him. He says he does. She says Quentin is going to New York to find Amanda Harris, and she will not help him. Barnabas pleads with her, and she says she needs Quentin to need her. Barnabas tries to explain that Petofi wants to take Quentin's body into the future. Angelique explains that she's too human, and too jealous. Barnabas says she has no right to demand Quentin his happiness with Amanda. He tells her there must be someone else. She says she has chosen Quentin. She says that before she came this time, she was in the everlasting pits of hell, longing to return as a human being. Her master gave her the chance on one condition—that she make one man fall in love with her without any spells or supernatural powers. Barnabas realizes that Quentin is the one. 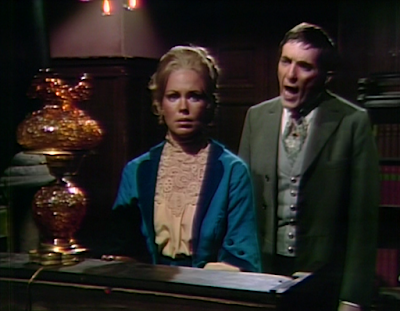 Charity tells Quentin stories as she walks him around the drawing room. She suggests that they sing. They sing a duet, with Quentin doing his part while nearly asleep. 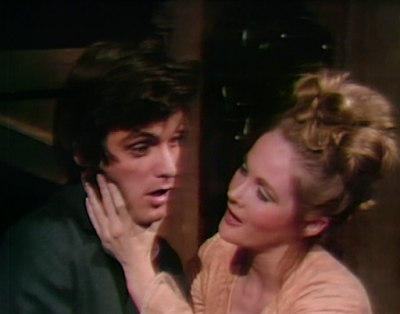 Petofi remains in his trance.

Barnabas returns with Angelique, and Charity says she can't keep him up much longer. Angelique asks for them to be left alone with Quentin. Once alone, she tells him that she has decided to help him, knowing she will be reunited with him long after Amanda Harris is gone. Barnabas returns and she asks him to watch Quentin while she deals with Petofi. She looks into the fireplace and asks for his location. 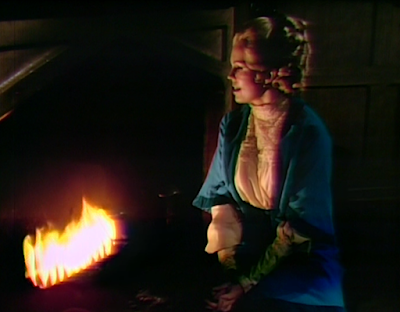 Charity listens outside the drawing room door. She hears Angelique say that 'he' is in Tate's studio.

Angelique sees Petofi and tries to control him. She tells Barnabas that he's in too deep a trance. Quentin passes out and Barnabas wakes him once more. Angelique says she needs something of Petofi's. 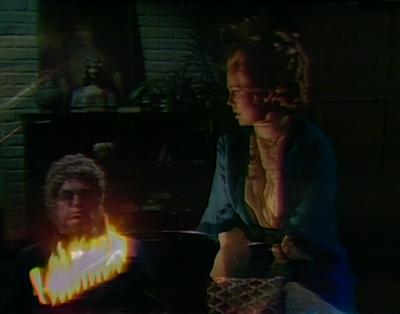 Angelique suggests that Barnabas get a carriage to take him to Boston. He goes to find Charity but can't. Angelique tells him to stay with Quentin, and she'll get the carriage. Barnabas says Quentin must go find Amanda, and he will stay in Collinwood to find the portrait. He assures him that everything will be alright. 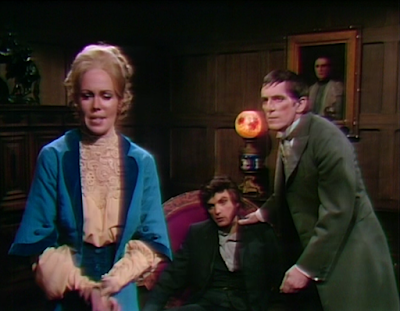 Charity arrives at Tate's studio and goes inside, where she finds Petofi in a trance. She goes to get his tie, and he grabs her hands and asks why she's there. He tells her that she's interfered with his plans once too often, and this time she'll be sorry for it. 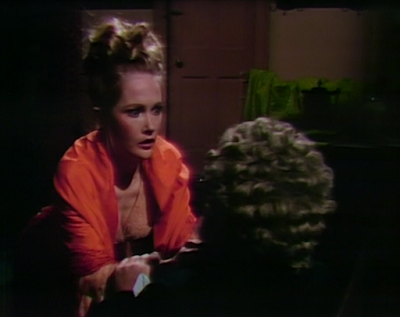 Christine: It was probably much easier than supporting a tall man on the verge of collapse.

John: Do you think it was our old pal Diabolos who made the deal with Angelique to find a man to fall in love with her in order to live as a human? She not a bad looking witch, so one wouldn't think that would be too difficult for her to find someone.

Christine: It was definitely not Diabolos, and I'm surprised any evil master would make such an absurd request. As you'll recall, Diabolos was none too happy with Nicholas Blair for indulging in the human emotion of love in Episode 629, and held him to account for it. I think she just made it up as an excuse to bag another man she's decided she wants to possess. She could easily attract a man with her beauty, but making one fall in love with her is another matter entirely.

John: Is this the end of Charity/Pansy Faye? Is she destined to die at the hands of Petofi? I certainly won't miss her singing, if so..

Christine: I'm kind of hoping he'll bring back the mangled face effect of the Hand. She'd look pretty cool with an eyeball drooping down to her cheek while singing "I Wanna Dance With You..." 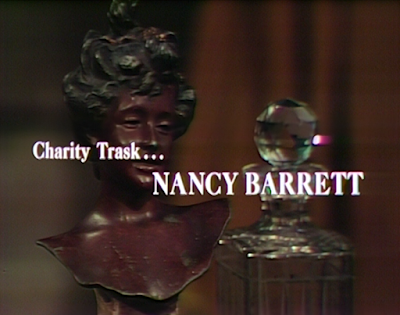