Jeb says he doesn't need the room. He says he's in a different form, and he plans to remain in this form. She says he's what's in the room, and Jeb is only what the world sees. He says the world seems to like it fine, and gritting her teeth, Megan says that Carolyn does. She says that if he wants Carolyn, it must be in the way that the Leviathan book demands. Jeb asks if she would be jealous otherwise. He says he's tired of her thinking of him as something she has a special hold over. He tells her that he's different, and things between them are different. He kisses her. Lightning strikes and she asks what he did. The lights go out, the doors swing open, and he says there's someone coming. He calls to them. Megan is terrified, and asks him who he angered. 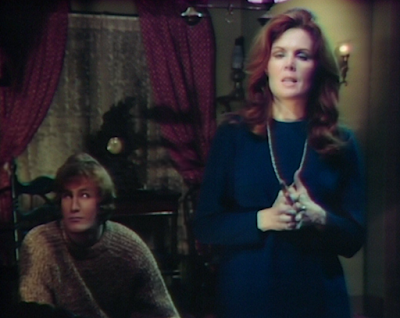 A man tells Jeb he always goes too far. Jeb tells him to come in, and the man says once he sees him, Jeb will have to follow his orders. He says he has watched their blundering and ineptitudes, and he has come to save the Leviathans. He calls for light, and the light comes on. He introduces himself as Nicholas Blair. He tells Megan to leave him alone with Jeb. She leaves, and he asks Jeb to explain the crimes he has committed. He threatens to change Carolyn's feelings for Jeb. 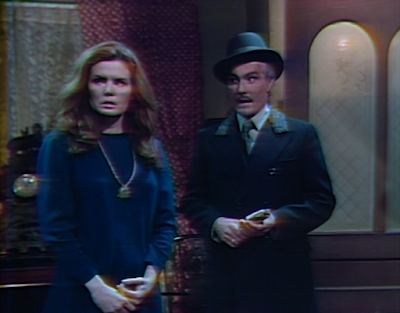 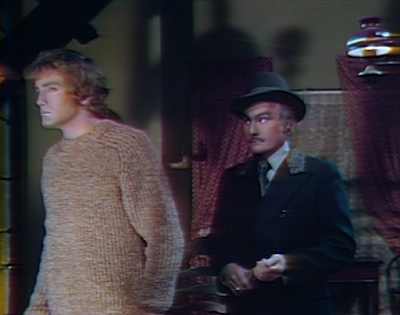 Carolyn shuts off the lights in the drawing room when she hears someone at the front door. Megan comes in and Carolyn asks her if she feels a presence in the room. Megan tells her that she's just exhausted. Carolyn says she's afraid to go to sleep, or she'll have the dream again of Jeb with blood on his hands. She says each time it goes one step further. She tells Megan she's going to bed. 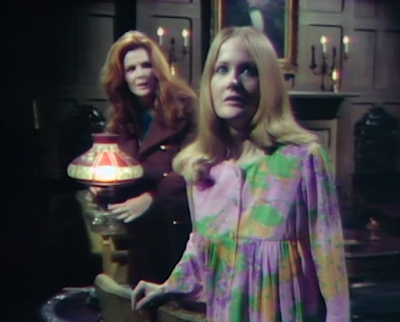 Jeb says he did what he had to do. Blair says the state will hang Philip, sacrificing one of them. He says every one of Jeb's moves has been unwise, and the most unwise was making Barnabas a vampire. He says that now he's totally useless to them. Jeb says he'll take care of him, and Blair tells him that they must destroy Barnabas. Blair then asks about Jeb's wanting to remain human. He says for a Leviathan, that is his greatest sin. He demands that Jeb give him the box. He says that the resurrection of the Leviathans was his idea. He tells him that if he doesn't give him the box, the next time Carolyn sees him, she will see him as he truly is. 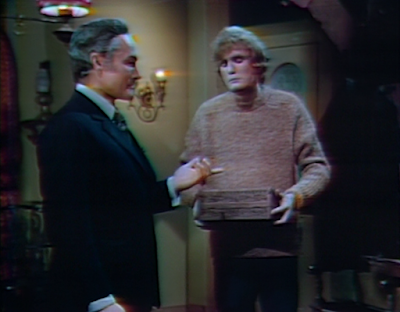 He takes the box into the next room and says that he will consecrate the room so that Jeb can change into who he really is. Jeb agrees. He tells him to wait, and once he's in the room, Jeb rushes to the front door. He opens it to find Blair standing outside. He tells Jeb that he can anticipate his every move. He tells Jeb that his room is now ready for him. Jeb doesn't want to change. Blair tells him that his last endeavor on earth was in Collinwood, and he does not want to fail again. Blair tells Jeb that he can't kill him. Jeb says he may not be able to kill him, but he'll make Blair regret it. Jeb reluctantly returns to his room. 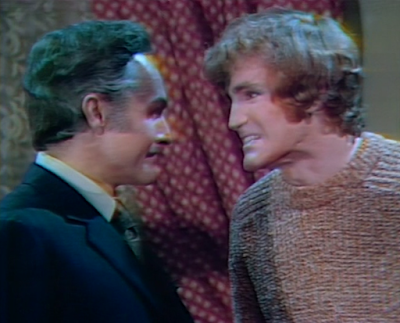 Blair calls Bruno in. Bruno listens at Jeb's door, and says he doesn't hear breathing. Blair says he's sulking. Bruno asks if Jeb knows that it was he who told Blair where he was. They hear breathing behind the door, and Blair tells Bruno that all is well. 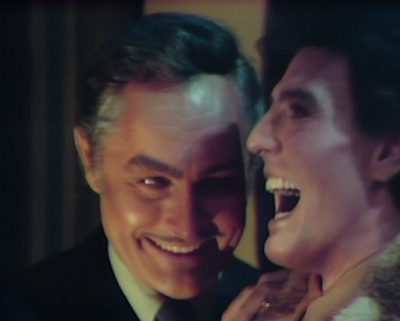 Carolyn tosses and turns in bed, and dreams of Jeb with blood on his hands. He laughs. A door swings open and she sees a dead body. 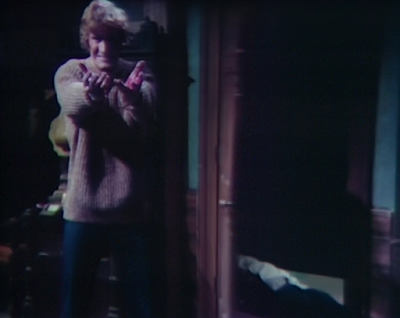 He closes the door. She asks whose body it was, and he tells her that there was no one there. Blood seeps in from under the door and Carolyn screams. He tells her that she saw nothing. She looks around and sees that Jeb is gone. 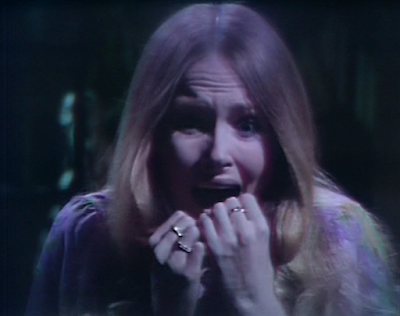 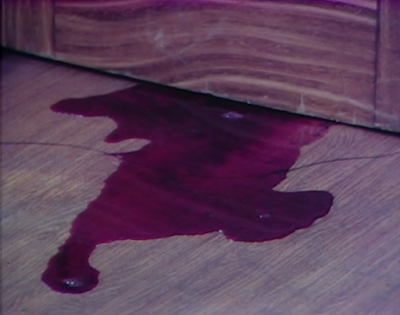 She opens the door and steps inside. She's in darkness. She finds herself in the cemetery. She approaches a coffin, but can't bring herself to open it. It opens on its own, and she sees that it's empty. She looks to see whose grave it is, and screams when she sees her father's name on the tombstone. Carolyn wakes with a start. 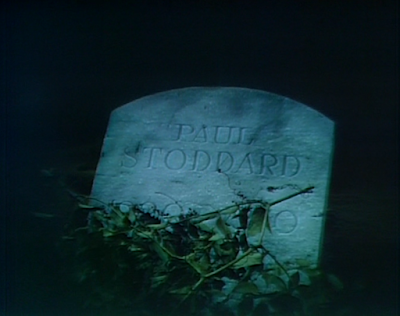 Blair tells Bruno that he disagrees with the sacrifice of Philip, but someone did need to take resposibility for the murders. He says Bruno is to assure that no other murders take place while Philip is in jail. Bruno asks Blair why Collinwood. Blair says he won't tell him, but there is a most important reason. Blair leaves. Bruno hears the breathing stop, and goes into Jeb's room to check on him. The creature appears and Bruno pleads for his life. He says that didn't betray him. He says Jeb can trust him, and he runs out of the room. 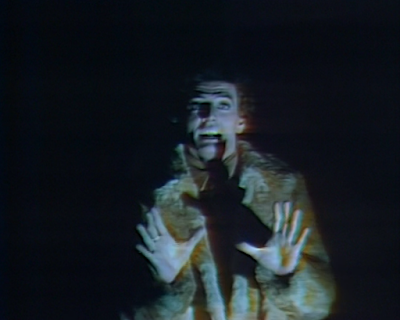 Jeb appears at the door in human form and calls to him. Bruno says he was going to kill him, and Jeb says 'it' was. He says he doesn't want to transform into the thing ever again. Bruno says he wants to be like Jeb is in the room. Jeb leaves. 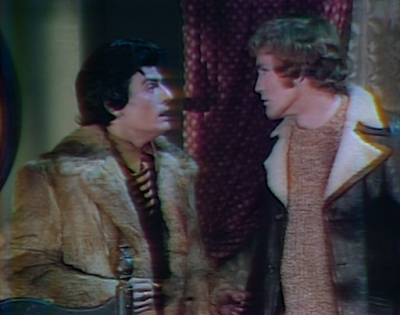 Carolyn calls to her father to speak to her. Jeb arrives and she tells him the dream keeps extending. She tells him that if they go to her father's grave, it will be empty. She asks if there's truth in the dream. Megan comes downstairs and gives Carolyn a sleeping pill. Jeb tells her not to worry, and kisses her. Megan turns away. Jeb whispers to Megan to meet him at Paul Stoddard's grave as soon as Carolyn is asleep. 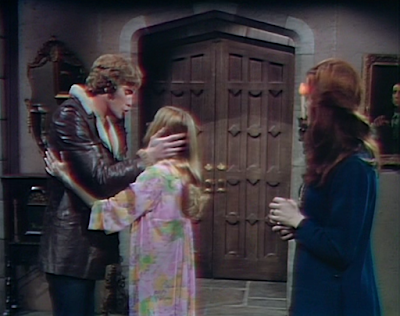 At the cemetery, Jeb digs up Paul's grave.

Jeb has exhumed Paul's coffin. Megan tells him that it won't be empty. She tells him that he won't even open it. He opens the lid and sees Paul Stoddard's smiling face staring up at him. Jeb says he's gloating, and he's going to tell her. He says they have to burn it. 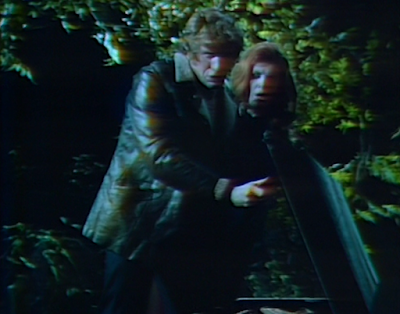 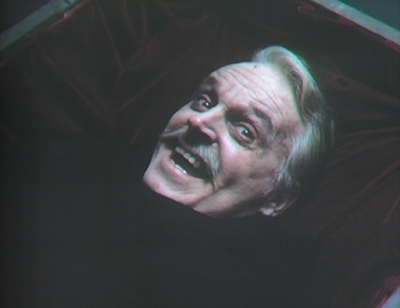 John: WOW! That was perhaps the most terrifying reveal in the history of Dark Shadows! I'm so used to empty coffins, a smiling Paul Stoddard was the last thing I expected to see. Though I must admit that it also reminded me of this scene from Young Frankenstein... 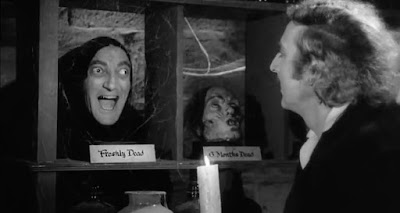 What really sold it was that it was clearly a still shot (they obviously weren't going to bring in Dennis Patrick for an end-of-episode cameo), but that made it all the more creepy in that the smile appeared frozen on his face! 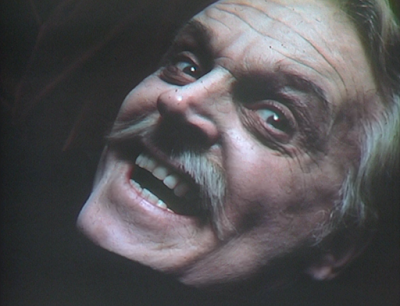 Christine: That was a great moment! So simple and yet so terrifying! He seems to be wrapped in a black shroud, giving the appearance that it's only his head that lies in the coffin, which adds to the creepy effect.

John: But the shocking surprise ending notwithstanding, we must celebrate the return of Nicholas Blair! Or is it some new evil just wearing Nicholas' skin and taking his name? I can't imagine OUR Nicholas Blair being smart enough (or let's face it—strong enough) to not only orchestrate the return of the Leviathans, but to be able to control Jeb's Leviathan creature? No, I think something much bigger must be at play here. 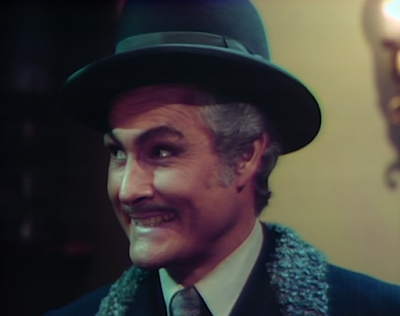 Christine: I imagine his boss, Diabolos, let him return in order to realize his dream to create an evil race of beings on the planet. No doubt he'll also find time to mess with Angelique's plans for romance to get back at her for tattling on him to Diabolos for falling in love with Maggie. Great to have Nicholas Blair back to stir up trouble.

John: I was almost ready to suggest that we needed to start a Carolyn dream-tracker, but the writers were kind enough to spare us to 'previously in Carolyn's dream' sequence this time out, and we were able to cut right to the bloody hands. Of course, despite Quentin having told her that Jeb killed her father, and these repeated dreams, she's still trying to make heads or tails of it all...

Christine: Maybe she'll figure it out the next time she has the dream and it ends with her dad's frozen smiling face, though he may have to hit her over the head with a sign that says, "Jeb killed me!" 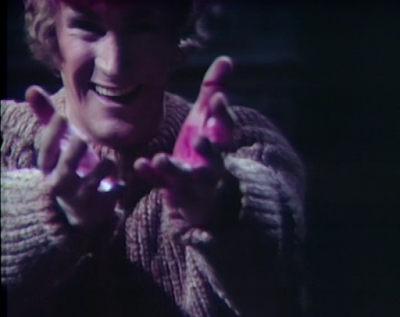